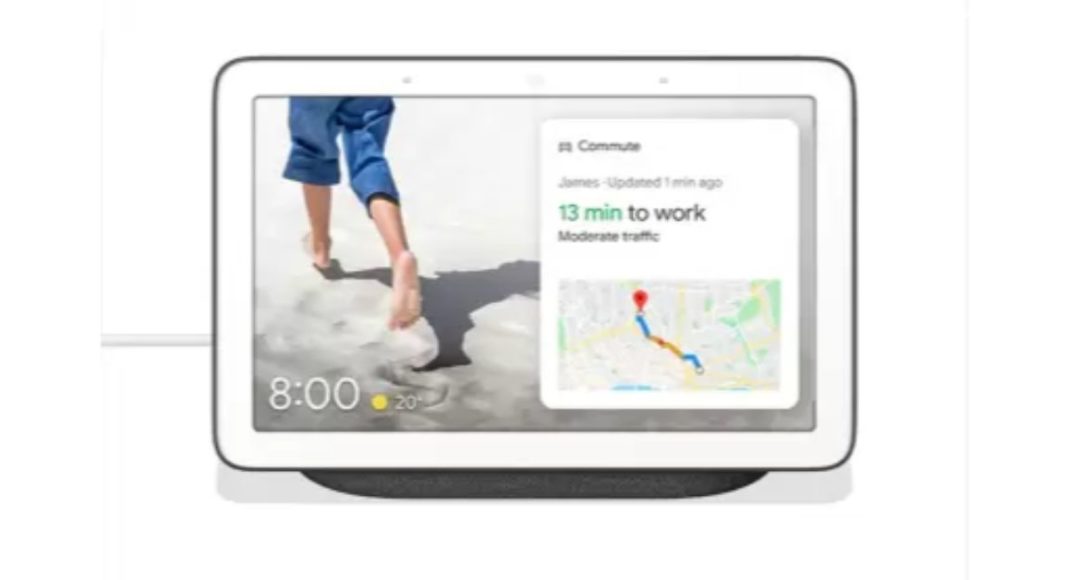 Google Nest Hub has been officially launched in India. In the beginning, it was named as Google Home Hub and was renamed at I/O 2019. The technology giant before launching the smart display in India introduced it a year back in the US on October 2018. Almost after one year, the company introduced Google Nest Hub in the country. The smart device comes with integrated with the company’s own Google Assistant that allows the user to control all the compatible device that is connected to it with the user’s voice command. The device is capable to be connected with other brand’s smart devices like LG, Oakter, Philips Hue, Syska, TP-Link, Xiaomi, and Yeelight and so on.

As we mentioned earlier also the company launched the Google Nest Hub a year back in the US market at $99 (approximately Rs. 7,100). Now it has been launched in the country at a price tag of Rs 9,999. The smart device is available for purchase via Flipkart, Tata Cliq, Croma, and Reliance Digital. Also, the company launched the product in two colour options Chalk and Charcoal colour.

The launch offers includes Mi Security Camera worth Rs 1,799 free on the purchase of Google Nest Hub as well as the limited-period offer can also be claimed through online portals like Flipkart and Tata Cliq. Here we would like to mention that in the country Amazon launched its own smart display Echo Show that is available at Rs 8,999. So, in that case, Google Nest Hub would be another option for those who are planning to buy a smart display.

Different from the Home Speakers Google Nest Hub comes with a 7-inch touchscreen panel along with two far-field microphones, a full-range speaker, and an Ambient EQ light sensor. Apart from that, the smart display can be connected via Wi-Fi 802.11ac and Bluetooth v5.0. Nest Hub measures 118×178.5×67.3mm and it weighs 480 grams. The device can control more than 200 million devices along with more than 3,500 brands, a few of them have been mentioned above. Moreover, it comes integrated with Google’s Voice assistant and is supported by the company’s own services like Google Search, YouTube and Google Photos. The voice assistant service will allow the user to set an alarm or to get weather updates with their voice command.

In addition to this, the smart device comes with a dedicated switch to mute the microphone. The Google Nest Hub’s screen has been placed on the speaker base that has been draped in a cloth material.

Google Nest Hub also comes with Digital Wellbeing feature that is supported by enable or disable options that only allow non-explicit music, YouTube Restricted Mode as well as also allow Assistant Answers to adjust the experience as per the user’s likings. The user can also enjoy their favourite music via YouTube Music, Gaana, Saavn, Spotify, and Wynk.

Besides this, the user can also manage their house as Google Nest Hub provides the user with a quick overview of the status of their home that includes temperature, smart locks and so on.

Komila Singhhttp://www.gadgetbridge.com
Komila is one of the most spirited tech writers at Gadget Bridge. Always up for a new challenge, she is an expert at dissecting technology and getting to its core. She loves to tinker with new mobile phones, tablets and headphones.
Facebook
Twitter
WhatsApp
Linkedin
ReddIt
Email
Previous articleOnePlus Tv specifications and other details leaked online
Next articleApple and Samsung have been sued over radio frequency exposure