HomeMobilesGoogle Pixel 3a, Pixel 3a XL to launch in India on May...

Google Pixel 3a, Pixel 3a XL to launch in India on May 8, confirmed via Flipkart teaser 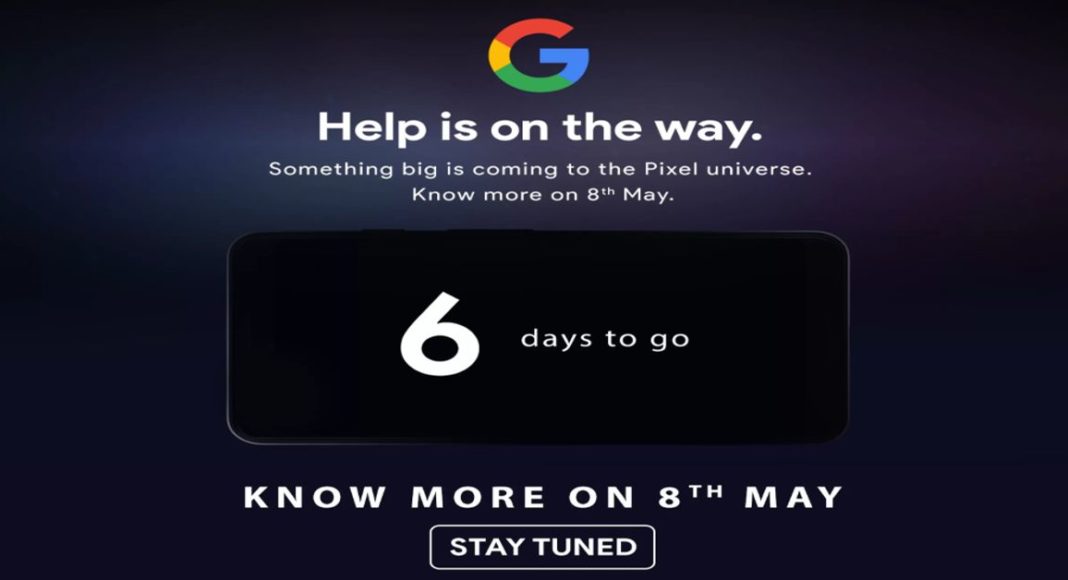 After weeks of teasers, Google has finally revealed the launch date of its upcoming mid-range smartphones – Pixel 3a and the Pixel 3a XL. Till now, a number of reports suggested that both the devices will be unveiled on May 7 at Google I/O 2019. Today, a teaser of the Pixel 3a and Pixel 3a XL has surfaced on Flipkart and it says that something big is coming to Pixel universe on May 8. With this, the launch of the two handsets have been confirmed.

The Pixel 3a and the Pixel 3a XL are already being held in high regards because it is the first time Google is bringing its smartphone and its flagship level camera to the mid-range price segment. The Google Pixel 3’s camera is said to be the best camera in a smartphone and if the company is bringing the same camera performance on its new smartphones then it is a piece of exciting news indeed.

The teaser page out on Flipkart doesn’t specify any product or smartphone name but it is obvious that it is about the Pixel 3a and the Pixel 3a XL. The teaser page also reads “Help is on the way. Something big is coming to the Pixel universe. Know more on 8th May.” With this, we can assume that both the smartphones would go on pre-orders in India just a day after their global launch.

Although the teaser of the new upcoming Pixel devices doesn’t reveal much about them, but a silhouette of a smartphone visible on it. It shows a smartphone with fairly large bezels similar to what we saw in the Google Pixel 2-series.

The specifications of the upcoming Pixel 3a-series devices haven’t been made official yet but it has been leaked online multiple times. According to the leaks, the Pixel 3a will reportedly sport a 5.6-inch Full HD+ OLED display while the Pixel 3a XL will sport a 6-inch display with the same display resolution. The Pixel 3a will be powered by a Snapdragon 670 SoC while the Pixel 3a XL will be powered by the Snapdragon 710 SoC. Both the devices will come with 4GB RAM as their base variants and sport a 12MP main rear camera.

Aman Singhhttps://www.gadgetbridge.com/
Aman Kumar Singh has a Masters in Journalism and Mass Communication. He is a journalist, a photographer, a writer, a gamer, a movie addict and has a love for reading (everything). It’s his love of reading that has brought him knowledge in various fields including technology and gadgets. Talking about which, he loves to tweak and play with gadgets, new and old. And when he finds time, if he finds time, he can be seen playing video games or taking a new gadget for a test run.
Facebook
Twitter
WhatsApp
Linkedin
ReddIt
Email
Previous articleEpic Games acquires Rocket League’s Studio: Get all the details here
Next articleAmazon Summer Sale 2019: Discounts on iPhone X, Samsung S10, OnePlus 6T and more

Top 10 alternatives to Adobe Photoshop for Windows and Mac

Vipul Chandwani - Oct 18, 2021 0
Photoshop is a marvellous piece of software that is developed by Adobe. Do you have a photo and you are willing to edit it?...