Android 12 will also start rolling out on the Pixel 3 and above from today onwards. 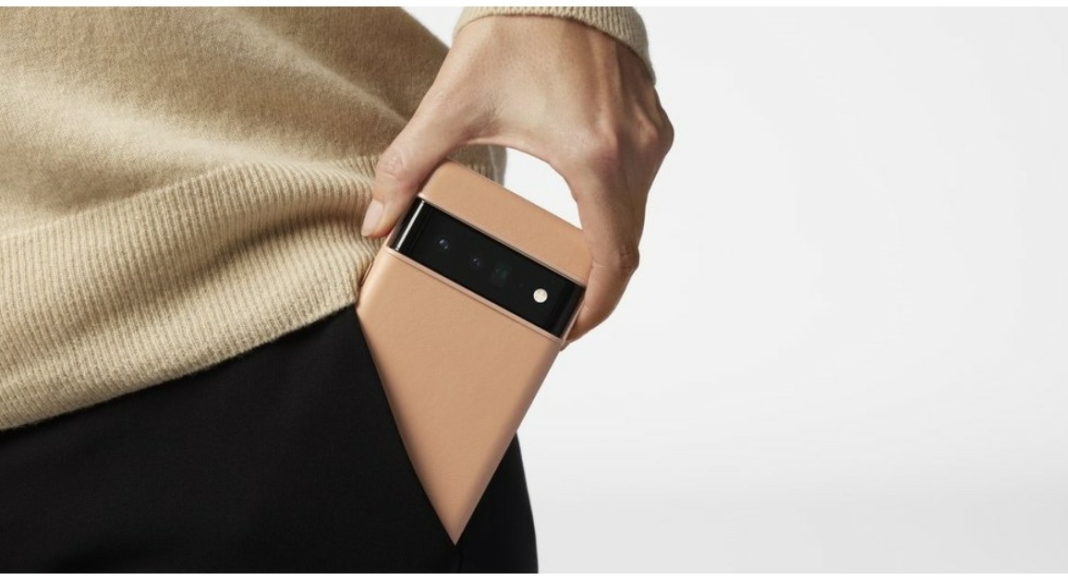 Software giant Google today officially announced the launch of the Pixel smartphones globally. The new series includes two phones- the Google Pixel 6 and the Google Pixel 6 Pro. Both the devices feature Google’s in-house Tensor chipset, which is the company’s first custom mobile chip. In addition to this, the smartphones run on Android 12 and feature a premium design.

The Google Pixel 6 price will start at $599 that translates to Rs 44,971. On the other hand, the Google Pixel 6 Pro will be available at an asking price of $899, which converts to Rs 67,494. The pre-order will begin today and will be available for sale with all major U.S. carriers starting from October 28. The Pixel 6 will be offered in Black, Red and Blue colour options, while the Pro variant will come in White, Black and Light Gold shades.

Not only that, the company has also introduced Pixel Pass, an easy subscription that delivers the best of Google. Starting at $45 per month for U.S. customers. Its Pixel Pass includes a new Pixel 6, Google One, YouTube Premium and YouTube Music Premium, Google Play Pass, and Preferred Care. Pixel Pass with Pixel 6 Pro costs $55 per month. After two years, the users will have the option to upgrade to a new Pixel. 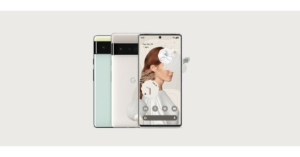 In terms of design, the biggest USP of both devices is the camera module, giving the phone a clean and symmetrical design. Pixel 6 has a distinct graphic and a vibrant appearance, according to the company. The matte black metal band makes it look premium. It is made with a polished metal unibody and transitions into gorgeous curved glass in colours that complement the metallic frames.

The Pixel 6 comes with a 6.4-inch LTPO display and it supports an adaptive refresh rate up to 90Hz. The Google Pixel 6 Pro features a 6.7-inch LTPO display that comes with a variable refresh rate that ranges from 10Hz to 120Hz depending upon the content. Both phones have a punch-hole cutout on the front and the display is protected with Corning Gorilla Glass Victus. There is an in-display fingerprint sensor onboard as well.

Google’s Pixel 6 and Pixel 6 Pro are the first devices to be powered by Google’s in-house Tensor chipset. It has 2 high-performance cores, 2 mid-core, and 4 high-efficiency cores paired with a 20 core GPU. The vanilla Pixel 6 will be available with 8GB of RAM and 128GB/256GB of UFS 3.1 storage. The Pro, on the other hand, will be available with up to 12GB of RAM and storage options of 128GB, 1256GB, and 512GB.

According to the company, Google Assistant on Google Tensor uses the most accurate Automatic Speech Recognition (ASR) ever released by Google. Users can also use a high-quality ASR model, even for long-running applications such as recorders or tools such as Live Caption, without quickly draining the battery. Google Tensor also enables Live Translate to work on media like videos using on-device speech and translation models. It will allow users to translate directly in the chat application, meaning no more cutting and pasting text into the Google Translate web service.

The devices are the first to run Android 12 out of the box. It includes the next-generation Titan M2TM, which works with the Tensor security core to protect your sensitive user data, PINs, and passwords. The company has also extended our support window to at least five years of security updates, so your phone has the most up-to-date protection.

What’s new with the cameras this time?

According to the Mountain View company, the Pixel 6 and Pixel 6 Pro have the most advanced cameras. Both the phones have a new 1/1.3 inch sensor on their rear. The primary sensor is said to capture up to 150% more light (compared to the Pixel 5’s primary camera), meaning you’re going to get photos and videos with even greater detail and richer colour. 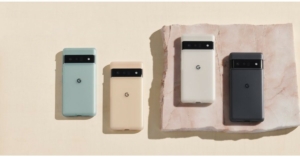 The vanilla variant has a 50MP primary sensor that binds images down to 12.5MP. There is a 12MP ultra-wide lens as well. It includes an 8MP selfie camera.

On the other hand, the Pro variant has a similar sensor but has an additional 48MP telephoto lens offering 4x optical zoom and up to 20x zoom with an improved version of Pixel’s Super Res Zoom. There’s also an upgraded ultrawide front camera that records a 4K video. The device also sports an 11.1MP camera sensor in the front for taking selfies and video calling.

The company has also introduced the Magic Eraser feature for the smartphone that helps remove unnecessary distractions in just a few taps right in Google Photos. The feature is capable of detecting distractions in your photos, like people in the background, power lines, and power poles, and suggesting what you might want to remove. Then, you can choose whether to erase them all at once or tap to remove them one by one. In addition to this, the Magic Eraser can figure out what you’re trying to remove based on what you circle, so you don’t have to spend time worrying about precise brushing.

Both the smartphones include WiFi 6E, Bluetooth 5.2, and sub 6Ghz 5G support.

Komila Singhhttp://www.gadgetbridge.com
Komila is one of the most spirited tech writers at Gadget Bridge. Always up for a new challenge, she is an expert at dissecting technology and getting to its core. She loves to tinker with new mobile phones, tablets and headphones.
Facebook
Twitter
WhatsApp
Linkedin
ReddIt
Email
Previous article
Samsung Galaxy Z Fold 3 and Galaxy Z Flip 3 are now available in a new shade in India
Next article
20 October 2021 Amazon Quiz today answers: Answer to win Rs 1,000 Amazon Pay Balance