HikeLand is a creation of an idea to push the boundaries on the UX and go beyond the decade-old user experiences such as messaging & feed etc. 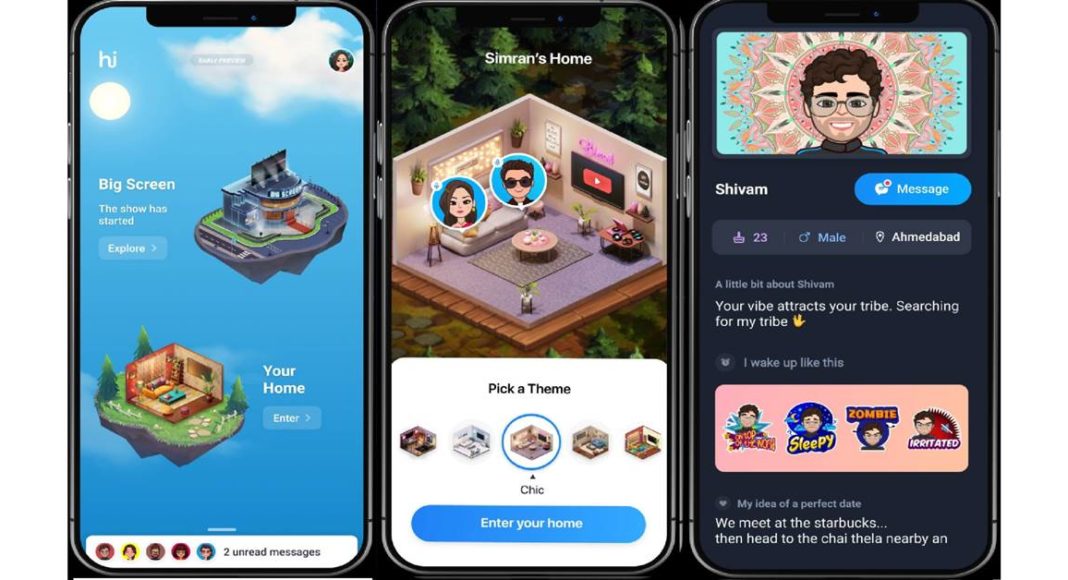 Hike has now rolled out HikeLand, a mobile-first magical virtual world for people to hangout online where great relationships can blossom around shared experiences. HikeLand is a homegrown product that has been built from the ground up keeping India in mind. It is an India first product built for a mobile-first/mobile-only audience. This has influenced the innovation in the UX in a big way as HIkeLand brought together a design team of not only UI and UX but also Fashion, Art, and 3D artists.

“With advancements in technology, so much is possible today that wasn’t even just a few years ago. The world has evolved, it’s time for social products to as well. With HikeLand, we’re launching the world’s first mobile-first Virtual World. A brand new take on how people can hangout online, transcending beyond the limitations of the offline world,” said Kavin Bharti Mittal, Founder & CEO, Hike.

HikeLand is a creation of an idea to push the boundaries on the UX and go beyond the decade-old user experiences such as messaging & feed etc. To begin with, in its Early Preview, HikeLand is introducing 2 unique shared experiences for users, Home & Big Screen.

This is the user’s very own private space on HikeLand. To begin with, users can hang out with their closest friends & watch videos together while interacting over a voice-led experience just like they would in real life. Home gives users their own space where they can watch & talk together while enjoying videos powered by YouTube. Users will also have 8 amazing themes to choose from so they can customize their home with decor that reflects their personality. Keeping user privacy at the heart of the experience, no one can enter a Home in HikeLand without the user’s invitation.

Big Screen is currently powered by YouTube and would be running shows 24×7 around Comedy, Sports, and much more. Users can hop into a show of their choice, hang out, watch videos with other like-minded people, & find out more about who they are watching this content with through their profiles and even message them.

“In the early preview, users will have 2 experiences. First, the Home, your very own private space online where you can hang out with your favourite people just like you would in real life. Second, Big Screen, a place that brings together people around the content they love. Think of it as a fun way to bump into like-minded people,” added Kavin.

While HikeLand’s Early Preview initially brings users 2 unique experiences, the company is working on enhancing this magical virtual world with multiple experiences planned in the near future.

Meanwhile, the Android and iOS users of this app can update to the latest version of Hike Sticker Chat to get on HikeLand. With the Early Preview rolled out, the platform will be co-created rapidly with feedback & insights from the Hike community.