Honor 20 Pro will pack a quad-camera setup and will come with 3X optical zoom. 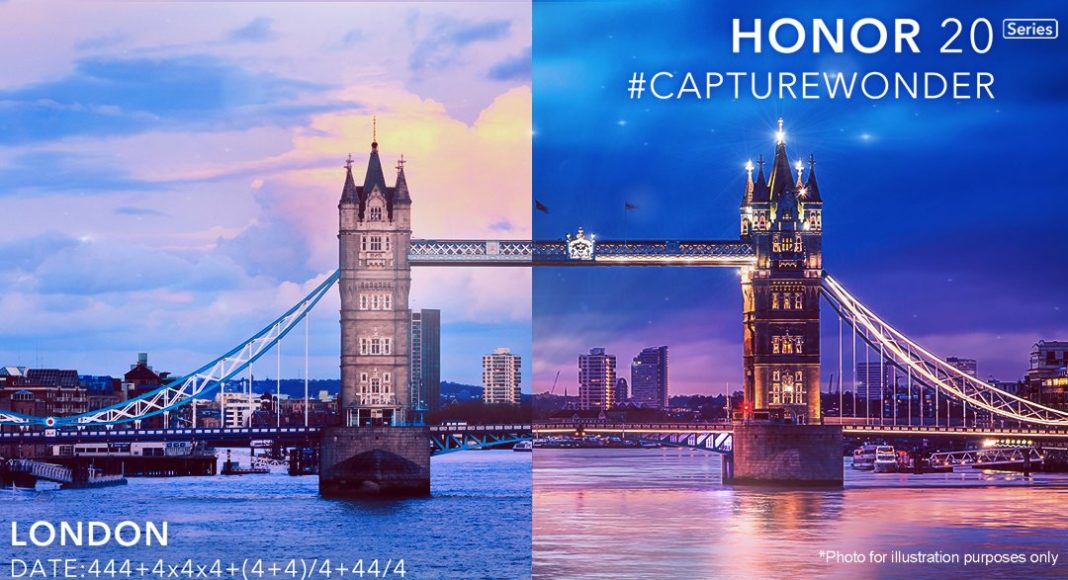 Although the camera setup has been known but the lens’ details are currently not made official and neither has the company said anything about it. But it is sure that the Honor 20 Pro will have a better camera setup than most of its competition.

As mentioned above, the Honor 20 Pro will be launched today in London. The company will be live streaming its launch event. To watch the launch event, you can click here: https://www.youtube.com/watch?v=CZnlI6plpCA

Aman Singhhttps://www.gadgetbridge.com/
Aman Kumar Singh has a Masters in Journalism and Mass Communication. He is a journalist, a photographer, a writer, a gamer, a movie addict and has a love for reading (everything). It’s his love of reading that has brought him knowledge in various fields including technology and gadgets. Talking about which, he loves to tweak and play with gadgets, new and old. And when he finds time, if he finds time, he can be seen playing video games or taking a new gadget for a test run.
Facebook
Twitter
WhatsApp
Linkedin
ReddIt
Email
Previous article
Huawei receives a 90-days ban implmentation from the US government
Next article
Game of Thrones finale is the most watched HBO show of all time: Report