Hotstar is the most popular video streaming app in India: Report

We should mention that this is in addition to the ‘casual’ entertainment apps like YouTube and TikTok.  With this kind of penetration, OTT entertainment apps have become the ‘most penetrated’ app category among smartphone users in India, after social networking, messaging and e-commerce Apps.

The study conducted by techARC-UnomerMegaInsight says that the video streaming platform Hotstar tops among the OTT entertainment app with 49% of smartphone users prefer using it to watch content.

The most important factor in the growth of Hotstar has been sports. Indian viewers prefer using Hotstar to enjoy the cricket content on it. The report says, “Hotstar is the most penetrated OTT Entertainment App with 49% of smartphone users having it installed on their devices.  One of the main factors for Hotstar’s growth has been its sports, especially cricket content, be it IPL or now the World Cup Championship.  This is letting people watch their favourite sports entertainment on the go or even catch-up it at their convenience.  The app has been able to successfully attain leadership and continues to retain the top spot.”

On the other hand, the report also revealed that Amazon Prime is doing slightly better than Netflix. The access to Amazon Prime Video is 15% as compared to Netflix which is at 13%. This is because Amazon has partnered with few smartphone manufacturers where its apps like Amazon Shopping and Amazon Prime Video comes pre-installed on the phones. The study also added, “However, the delta does not commensurate the tie-ups Amazon has compared to Netflix which doesn’t have any such relationship with a Smartphone OEM.” 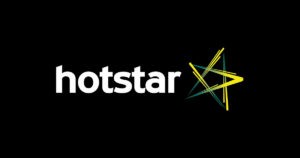 The report said, “Platforms like Amazon Prime Video and Netflix which have a mix of global as well as local content, is more popular among women.  The new age women of India are going beyond the regular daily soap operas on the regular TV channels and looking for more engaging and entertaining content for which they watch such OTT platforms.  These also include working women and students who are living on their own, typically out of their home city/town.  Netflix penetration among women is 9% compared to 8% in men while its 15% and 13% for Amazon Prime Video respectively.  The content on such platforms resonates with the struggling and aspirational stories of the rising women power in India.”

Komila Singhhttp://www.gadgetbridge.com
Komila is one of the most spirited tech writers at Gadget Bridge. Always up for a new challenge, she is an expert at dissecting technology and getting to its core. She loves to tinker with new mobile phones, tablets and headphones.
Facebook
Twitter
WhatsApp
Linkedin
ReddIt
Email
Previous article
Apple iPhone XR is available at a discount of Rs 22,900: Key details
Next article
Huawei Y9 Prime 2019 teased on Amazon India, to be launched soon