HomeMobilesHuawei Nova 5-series smartphones launched: Get all the details

Huawei Nova 5-series smartphones launched: Get all the details 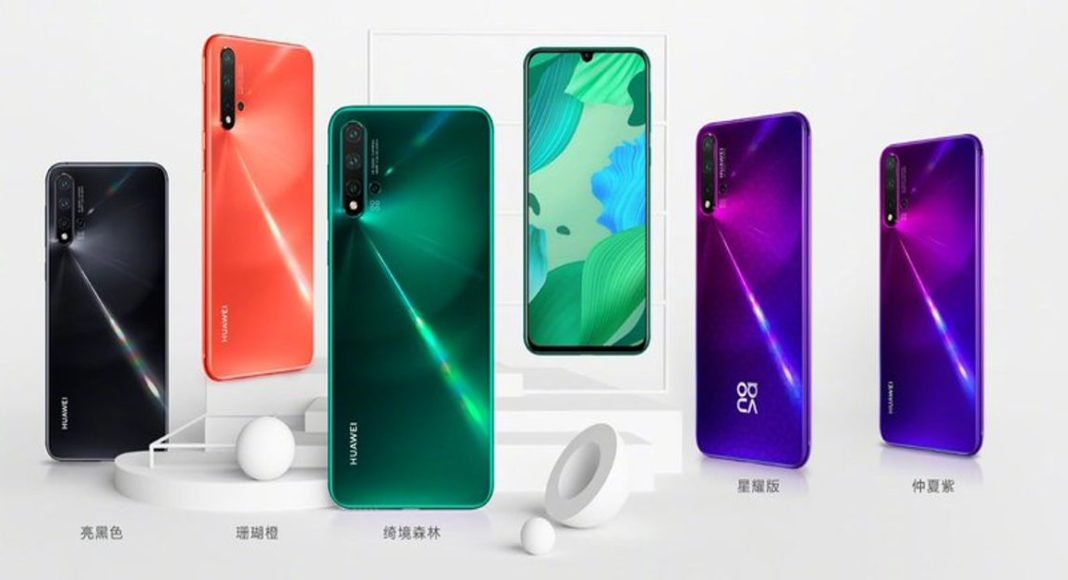 On the other hand, Huawei Nova 5 is the mid-range smartphone in the new series. But it comes in only one variant with 8GB RAM/128GB storage and is available at a price of CNY 2,799 (approximately Rs 28,100). The Huawei Nova 5 comes in multiple colour variants as well – Bright Black, Midsummer Purple and Forest Green.

It should be noted that both the Huawei Nova 5 and the Huawei Nova 5 Pro come with similar specifications and features. The only difference between them is the CPU and the storage capacity. They both sport a 6.39-inch Full-HD+ (1,080 x 2,340 pixels) OLED display panel with an aspect ratio of 19.5:9. They run Android 9 Pie skinned with EMUI 9.1.1 and support dual-SIM (Nano).

The smartphones come with in-display fingerprint scanner along with DC dimming support as well. The Huawei Nova 5 is powered by the new octa-core Kirin 810 SoC while the Huawei Nova 5 Pro is powered by the Kirin 980 SoC. Both the smartphones come with 8GB of RAM and up to 256GB of internal storage with Huawei’s EROFS filesystem with support of microSD card of up to 256GB. Both these newly launched smartphones pack 3,500mAh battery with 40W fast charging support.

Huawei Nova 5i specifications and features

The Huawei Nova 5i on the other hand sports a 6.4-inch Full-HD+ (1,080 x 2,310 pixels) display and supports dual-SIMs (Nano). The smartphone is powered by an octa-core Kirin 710F SoC paired with up to 8GB of RAM. The Huawei Nova 5i runs Android 9 Pie skinned with EMUI 9.1. The smartphone packs a large 4,000mAh battery and has 128GB of internal storage with support of microSD card of up to 512GB.

On the imaging front, the Huawei Nova 5i features a quad-camera setup, which comprises of a 24MP main camera with an f/1.8 aperture paired with an 8MP ultra-wide-angle lens. There is also a 2MP 4cm macro lens along with a 2MP depth sensor. While at the front, there is a 24MP selfie camera with an f/2.0 aperture.

Other features of the Huawei Nova 5i include Wi-Fi 802.11ac, Bluetooth 4.2, USB Type-C, 4G LTE and a rear-mounted fingerprint scanner.

Aman Singhhttps://www.gadgetbridge.com/
Aman Kumar Singh has a Masters in Journalism and Mass Communication. He is a journalist, a photographer, a writer, a gamer, a movie addict and has a love for reading (everything). It’s his love of reading that has brought him knowledge in various fields including technology and gadgets. Talking about which, he loves to tweak and play with gadgets, new and old. And when he finds time, if he finds time, he can be seen playing video games or taking a new gadget for a test run.
Facebook
Twitter
WhatsApp
Linkedin
ReddIt
Email
Previous articleXiaomi is putting an end to Mi Max and the Mi Note-series of smartphones
Next articlePoco F1 with 6GB RAM and 64GB internal storage receives yet another price cut of Rs 2,000