Huawei P40 Series all set to launch today: How to watch the Livestream 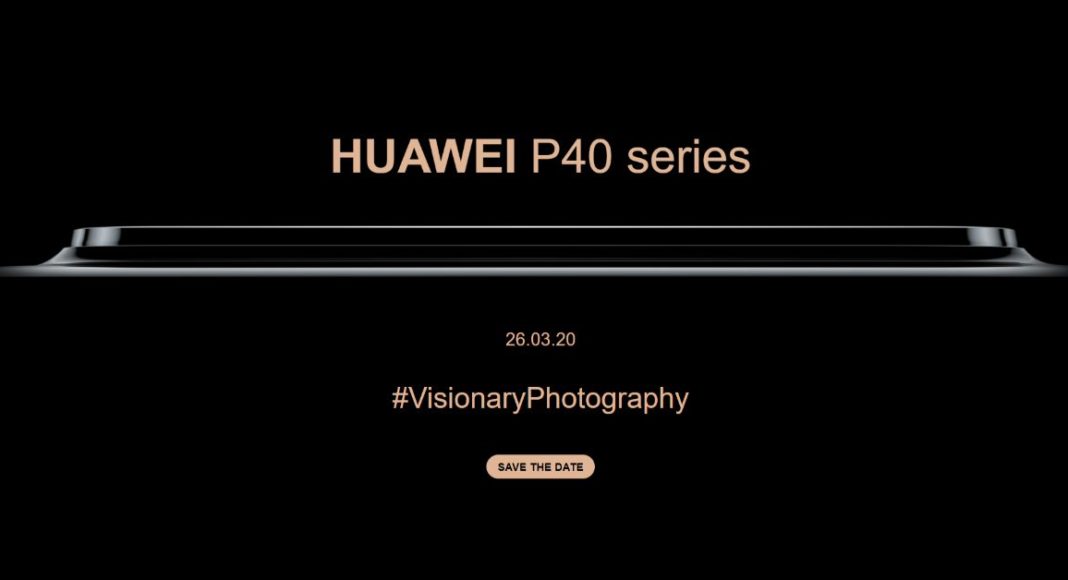 The Chinese electronics giant Huawei is going to unveil its much-awaited Huawei P40 series. The company will be launching a series of smartphones after months of rumours and speculations. The new lineup of devices is going to come with a hole-punch display. The company is advertising the phone with a tagline ‘Visionary Photography’ indicating that the smartphone will arrive with a powerful camera setup to better photography. According to rumours the device is going to be powered by Kirin 990 5G chipset and 90Hz display refresh rate. Let’s talk about what the company is expected to offer and how to watch the live event.

The launch event will begin at 13.00 GMT (6.30 PM IST) today. According to the company, the event will be live-streamed in six different languages namely English, Spanish, French, Italian, Arabic, and Russian through the company’s official website.

While on the other hand, the leaked European price suggests that Huawei P40 pricing might start at  EUR 799 (around Rs. 65,700) whereas the P40 Pro is going to carry a starting price of EUR 999 (around Rs. 82,100). The pricing details of the top-notch model Huawei P40 Pro+ is still not known but it is likely to be pricier than its other siblings,

Coming to the specification, in the past several reports have already leaked the price of the upcoming series. Huawei P40 is said to come with a 6.1-inch full-HD+ display and is going to run on Android 10 out of the box. The device is expected to be powered by an octa-core HiSilicon Kirin 990 processor paired with 8GB of RAM and 128Gb of storage. To expand the memory the company is likely to provide NanoMemory-2 card support. It is slated to feature a triple rear camera setup that could be named Leica Ultra Vision Triple Cam. The set up will consist of a 50-megapixel Sony sensor, a 16-megapixel sensor and an 8-megapixel camera sensor. Additionally, it is expected to sport a 32-megapixel selfie camera. It could house a 3,800mAh battery with 22.5W fast charging support.

Moreover Huawei P40 Pro is likely to feature a larger  6.58-inch full-HD+ AMOLED display offering 1,200×2,640 pixels of resolution with a 90Hz refresh rate. It is expected to be powered by an octa-core Kirin 990 chipset with 8GB of RAM and up to 512GB of storage along with NanoMemory-2 standard memory card support.

As per reports, the device will come with a quad rear camera setup consisting of a 50-megapixel UltraVision primary sensor, a 40-megapixel  sensor, a 12-megapixel tertiary lens and a 3D time-of-flight sensor. For selfies it is likely to come with a dual selfie camera set up that will include a 32-megapixel primary sensor along with a depth sensor enabling 50X SuperSensing Zoom. Additionally, it is stated to boost a 4,200mAh battery with 40W fast charging as well as wireless charging support.

Komila Singhhttp://www.gadgetbridge.com
Komila is one of the most spirited tech writers at Gadget Bridge. Always up for a new challenge, she is an expert at dissecting technology and getting to its core. She loves to tinker with new mobile phones, tablets and headphones.
Facebook
Twitter
WhatsApp
Linkedin
ReddIt
Email
Previous article
Amazon Quiz Answers For March 26, 2020: Participate and Win Rs 20,000 Amazon Pay Balance
Next article
Realme to soon launch Realme smartwatch in the market, a Lightning Purple variant of Realme 6 Pro also confirmed by the CEO Madhav Sheth, will this work?