HomeMobilesInfinix Smart 5 launch for India set for February 11, gets listed...

Infinix Smart 5 launch for India set for February 11, gets listed on Flipkart ahead of the launch

The smartphone will come with dual rear cameras and a 6.82-inch display with a notch for the selfie camera. 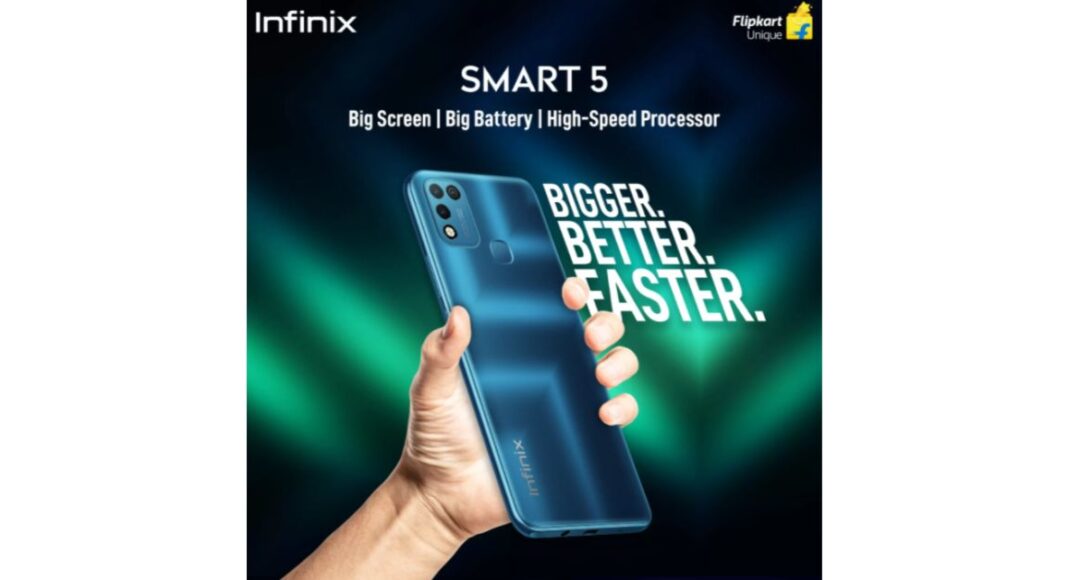 Transsion group holdings brand Infinix is now teasing its new smartphone in India. Infinix Smart 5 has now been listed on Flipkart and is slated to launch in the country on February 11. The device is the successor of Infinix Smart 4 that was launched in the Indian market last year. As per Flipkart’s landing page, the upcoming smartphone will have a 6.82-inch notch display. There will be dual rear cameras for photography. To recall the smartphone has already made its global debut in August 2020.

Infinix Smart 5 is confirmed to launch in India on February 11. The company has announced the arrival of its latest mobile phone via Flipkart. As per the dedicated landing page of the smartphone, the will make its debut at 12 noon. To recall Infinix Smart 5 was launched globally in August 2020. In Nigeria, the device was introduced in two different variants 3GB and 2GB RAM option priced at  NGN 39,500 that translates to Rs 7,800. The phone comes in three colour options – Ice Blue, Midnight Black, and Quetzal Cyan. 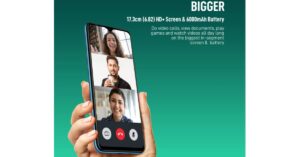 Speaking of the specification the Indian variant of the Infinix Smart 5 might come with few changes to the global variant. In India, the device is said to have a bigger  6.82-inch HD+ display along with a notch for the selfie camera. The phone runs on Android 10 (Go edition) with XOS 6 on top

Moreover, it will feature a  dual-rear camera setup whereas the global variant, setup includes a 13-megapixel primary sensor with two QVGA sensors. While on the front there is an 8-megapixel sensor. In addition to this, there will be a 6,000mAh battery with support for 10W charging. Under the hood, there is an unnamed 1.8GHz processor with 3GB of RAM. The Infinix smartphone is supposed to have Wi-Fi, 4G, GPS, Bluetooth, 3.5mm headphone jack, and a Micro-USB port as connectivity options. The sensor onboard to includes an ambient light sensor, proximity sensor, and a fingerprint scanner.

On the other hand the global variant there is a smaller 6.6-inch IPS display with 720×1,600 pixels of resolution. There is a triple rear camera setup that includes a 13-megapixel primary sensor with two QVGA sensors. Moreover, it has a 5,000mAh battery with support for 10W charging.

Komila Singhhttp://www.gadgetbridge.com
Komila is one of the most spirited tech writers at Gadget Bridge. Always up for a new challenge, she is an expert at dissecting technology and getting to its core. She loves to tinker with new mobile phones, tablets and headphones.
Facebook
Twitter
WhatsApp
Linkedin
ReddIt
Email
Previous articleBest websites where you can get royalty-free stock videos
Next articleFebruary 10 Flipkart Daily Trivia Quiz Answers: Answer to win exciting prizes