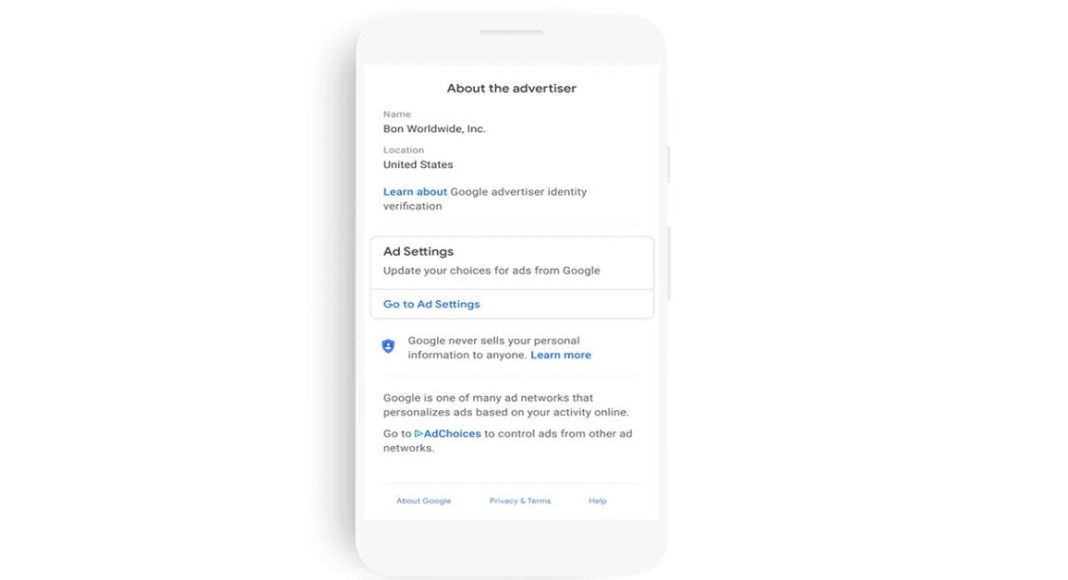 With a vision to increase transparency into how digital advertising works and ensure that people’s choices about the use of their data are respected, Google has shared updates on its work in these areas, including new tools that provide people more information about the ads they see.

“We’re also introducing new resources for marketers and publishers that offer guidance on how to navigate today’s privacy environment, along with real-world examples from brands and media companies who are delivering effective, privacy-forward ad experiences that use data responsibly,” Mike Schulman, VP, Ads Privacy and Safety.

For many years Google has offered a feature called ‘Why this ad’, where from an icon in a digital ad, users can get more information on some of the factors that were used to select the ad for them, or choose to stop seeing that ad. There are over 15 million user interactions per day with ‘Why this ad’ as people seek to learn more about and control the ads they see, and Google recently extended this feature to ads on connected TVs.

“Over the next few months, we’ll be making improvements to the experience with a new feature called ‘About this ad’, which will also show users the verified name of the advertiser behind each ad. About this ad will initially be available for display ads purchased through Google Ads and Display & Video 360, and we’ll bring it to other ad surfaces throughout 2021,” as per a Google Blog post.

In order to provide people with detailed information about all the ads they see on the web, we’re releasing a new tool called Ads Transparency Spotlight, now available to try out as an alpha extension from the Chrome Web Store.

Furthermore, Google stated that Chrome continues to explore more privacy-forward ways for the web browser to support digital ads with the Privacy Sandbox open standards initiative. As part of the Privacy Sandbox, several proposals have been published for new APIs that would solve for use cases like ad selection, conversion measurement, and fraud protection in a way that doesn’t reveal identifying information about individual users. One of the proposed APIs, for trust tokens that could combat ad fraud by distinguishing between bots and real users, is now available for testing by developers, and more will move to live testing soon.

Once these approaches have addressed the needs of users, publishers and advertisers, Chrome plans to phase out support for third-party cookies. These proposals are being actively discussed in forums like the W3C. Google’s ads team is actively contributing to this dialog—as it encourage any interested party to do—and it expect to incorporate the new solutions into the products by this tech giant in the years ahead.

The future state of digital advertising promises new technologies, new standards, and better, more sustainable approaches, but it will take some time to get there. Google recognizes the unease that many in the industry feel during this period of transition. While there is certainly more change on the horizon, it’s critical that marketers and publishers do not wait to take action.

Google will continue its work to move the digital ads industry towards a more privacy-forward future.