OTP, warning messages along break reminders are being introduced as parental controls. 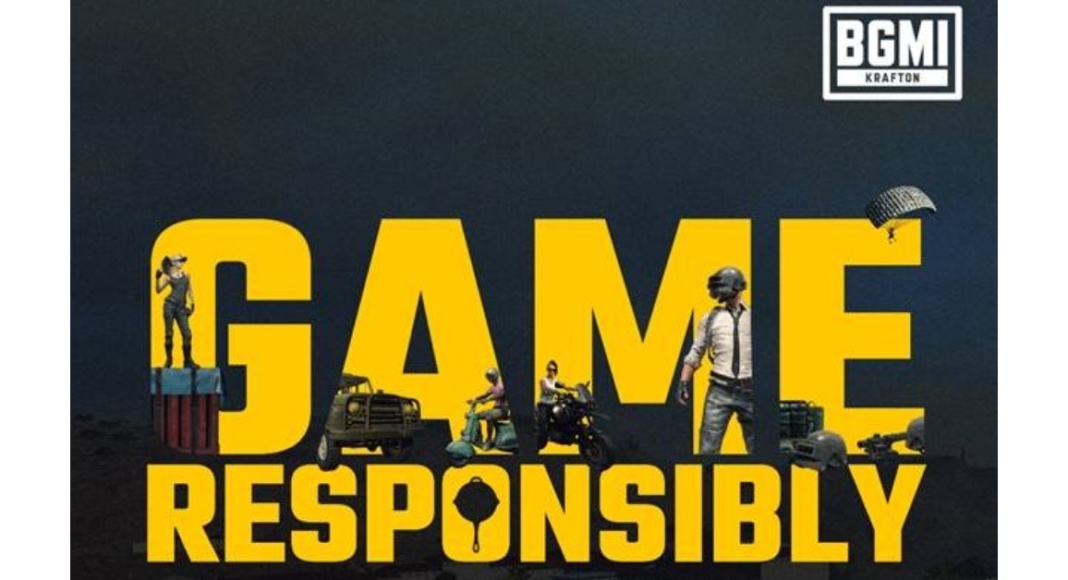 Krafton, the developer of Battlegrounds Mobile India, is now emphasising parental controls in its just-announced Gaming Responsibly initiative. The new BGMI campaign now includes parental control features such as mandatory OTP authentication for all players who fall under 18 years. It will also show warning messages along with break reminders, game limits and more. Krafton claims to have reviewed and updated in-game graphics in order to instil a responsible digital gaming environment.

While making the announcement the BGMI developer said, “ “We care deeply for our gamers, hence we acted. These changes have been made to ensure responsible gaming practices are adopted by gaming enthusiasts; especially minors. It also asserts the integrity and fairness of our business practices of putting the community first. Yes, we aim to offer the best entertainment and experiences to our gamers, but at the same time the mental and physical health of our players remains one of our top priorities”

The Gaming Responsibly campaign has started off with a series of films where Krafton encourages Battlegrounds Mobile India players to take a pledge to take care of themselves and their squad mates’ mental health as they take on the Battlegrounds. According to the developer, this will help in promoting safer and responsible gaming habits and build awareness amongst players to cultivate safer and healthy gaming habits.

Talking about the first film which is aimed at parents and addresses the core issue of continuous gaming in a lighthearted manner, Whereas the film will encourage players to look up from the phone they are constantly buried on. Overall the films use BGMI safety features to drive the message of responsible gaming. These films emphasize the importance of the campaign and will collaborate with key players and partners to raise awareness.

The campaign also focuses on addressing the imbalance behind continuous gaming in order to restore balance to the game and it aims to raise awareness about the importance of developing a responsible gaming culture for all players. Below are some of the crucial steps in the Battlegrounds Mobile India that parents should be aware of and comprehend:

Warning message for the virtual world. This makes sure that the gamers are aware that they are in a virtual world while gaming and not their real life.

OTP Authentication is another safety feature where all players below 18 years of age must register a parent or guardian. A one-time password (OTP) will be sent to the registered person’s phone number after which the minor will be able to play the game.

Some games can become intense causing players to lose track of time. But BGMI sends reminders to assist the players to step away from their game and return to real life in order to maintain a healthy game life balance.

Also, Battlegrounds Mobile India ensures that players under the age of 18 do not play for more than 3 hours per day. This automatically assists them in viewing gaming as a moderation-based activity.

Krafton has also set an in-game daily spend limit of Rs 7,000, which prevents them from overspending and over gaming.

Not just that, the in-game graphics in BGMI are more sensitive in order to instil a healthy and responsible gaming culture,, We have reduced violence and bloodshed, and we have established parameters to keep the language in check.

Komila Singhhttp://www.gadgetbridge.com
Komila is one of the most spirited tech writers at Gadget Bridge. Always up for a new challenge, she is an expert at dissecting technology and getting to its core. She loves to tinker with new mobile phones, tablets and headphones.
Facebook
Twitter
WhatsApp
Linkedin
ReddIt
Email
Previous articleMoto G51 5G tipped to launch in India next month
Next articleTruecaller Version 12 announced: Brings Video Caller ID, call record and more