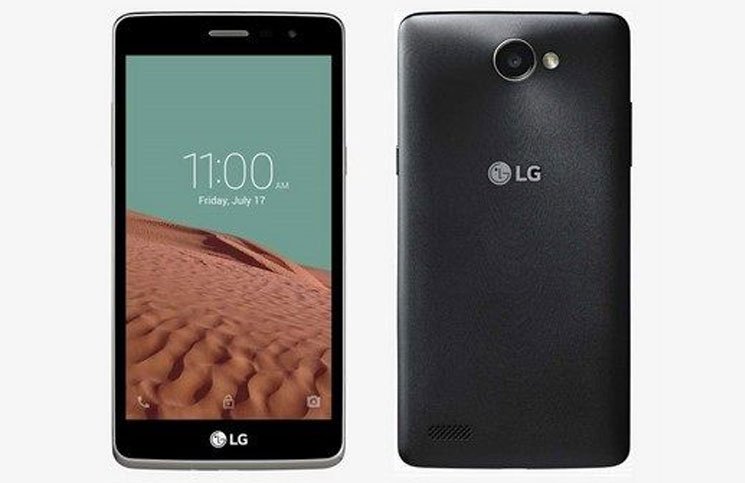 LG has expanded its product portfolio with the launch of LG Max. The new LG Max is the latest offering from the company, which is available in three colour variations. These consist of white, gold and titan. And we quite likes the titan version.

LG Max smartphone has a spin hairline pattern that accentuates the metallic edge and a multi-layered back panel. The grooved circular pattern creates a unique visual effect on the rear cover, while improving grip and texture.

Mr. Amit Gujral, Marketing head, LG Mobiles India, said, “Most of the people who use internet on smartphones use 3G services as 4G is still at a nascent stage in our country. Keeping this in mind, LG has launched LG Max as we are sure that this smartphone will offer unprecedented value to 3G consumers. This smartphone offers great balance of form, function and price and we expect it to be even more successful than its predecessor.”

The LG Max features a 5-inch FWVGA (854 x 480) display. The smartphone offers dual Sim functionality and runs Android 5.1.1 Lollipop operating system. Powering the smartphone is a 1.3GHz Quad-Core processor paired with 1GB of RAM. The inbuilt storage of the device accounts to 8GB, which can be expanded further via a microSD card.

The smartphone flaunts an 8-megapixel rear camera with LED flash and a 5-megapixel front facing camera to facilitate video calling. The LG Max comes with LG’s proprietary features like Gesture Shot and Selfie Flash that make it easy to capture great selfies. The Smartphone offers Wi-Fi, Bluetooth, A-GPS and USB 2.0 as connectivity options and houses a 2,540 mAh battery.

The company has priced the new LG Max at Rs 10,990. For the price most specs of the LG Max smartphone seem to be okay, however LG might face stiff competition from Chinese manufacturers like Gionee and Oppo.

Ajay Singhhttp://www.gadgetbridge.com
Ajay Singh might still be studying English (Hons) from DU, but his skills over the language are pretty much top notch. He wants to quickly learn the ropes of journalism. Tech and gadgets fascinate him. His passion for the same drives him to research about new things tech. He tries to stay on top of gadget news. If there is a new tech toy launched, we are most likely to go up to him for its news. He likes to read and is crazy about travelling. He is also a cricketing ace and cannot resist a good Dosa.
Facebook
Twitter
WhatsApp
Linkedin
ReddIt
Email
Previous articleAirtel 4G trials roll out in Manipal and Udupi
Next articleMicrosoft will launch its top-most smartphones Lumia 950 and 950 XL soon