The new CPU comes with loads of improvements over its predecessor. 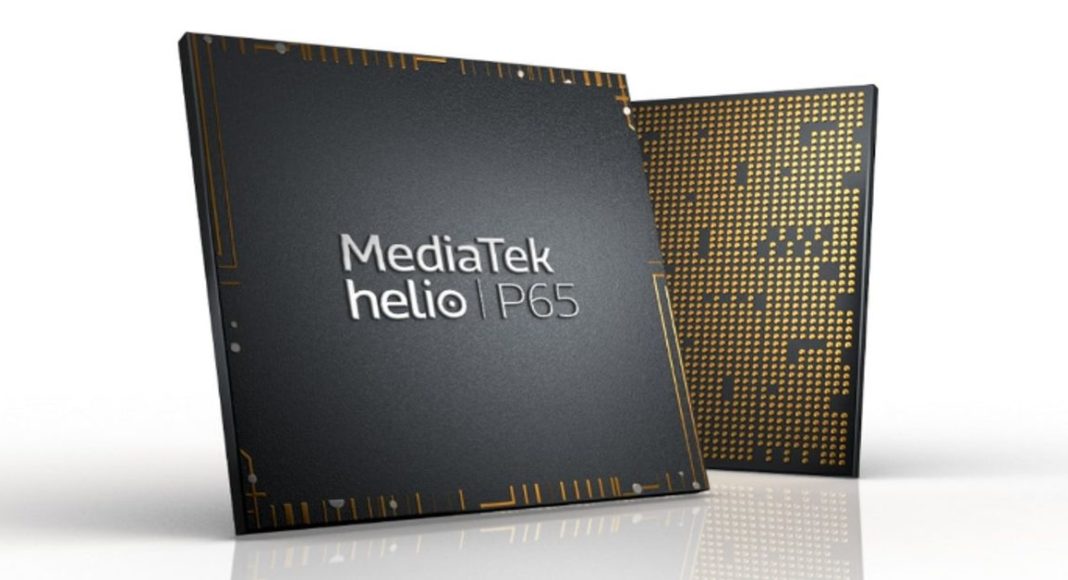 MediaTek makes CPUs for mobile phones and it is known for its mid-range SoCs offering good performance. Now, the company has announced a new CPU for mid-range smartphones – the MediaTek Helio P65 SoC. As its name suggests, the Helio P65 SoC falls in the Helio P-series of mid-range mobile CPUs and it is an upgraded version of the earlier Helio P60 SoC. According to the company, the new CPU offers a better gaming performance. It also offers 25% faster overall performance compared to the other similar SoCs in the market right now.

MediaTek P65 SoC has an octa-core build and it offers 100% boost in the AI performance of the smartphones along with a 30% improvement in the AI-assisted camera performance. These camera tasks include face recognition, bokeh effects etc. Other than that, the new CPU from MediaTek is also able to support 48MP camera sensors, in other words, we will get to see competitor to the Snapdragon 600-series CPUs, which is also capable of supporting the 48MP sensor. Over that, the new Helio P65 SoC is claimed to offer better security features to the smartphone users.

Talking about the specifications of the new CPU, the MediaTek Helio P65 SoC has two Cortex-A75 cores clocked at up to 2.0GHz (for high performance) and six Cortex-A55 cores (for daily tasks). The new CPU also comes with MediaTek’s CorePilot resource control system, which according to the company offers consistent performance when gaming. The MediaTek Helio P65 SoC is paired with the Mali-G52 GPU that can offer a peak frequency of 820MHz. It can also support up to 8GB of RAM and 2K (2,520 x 1,080 pixels) resolution display.

According to the company, the Helio P65 SoC comes with the most accurate GNSS and positioning system used by a mobile CPU.

All the features and the specifications of the new MediaTek Helio P65 SoC makes it sound like quite a powerful mobile SoC. But it remains to be seen how it handles the daily performance and how it competes with its rivals. The closest competitor to the Helio P65 SoC is most likely the Snapdragon 675 SoC or the Snapdragon 710 SoC. And till now, there is no announcement of any new smartphone with the Helio P65 SoC inside them. So, it remains to be seen how it compares against its rivals and how it performs.

Aman Singhhttps://www.gadgetbridge.com/
Aman Kumar Singh has a Masters in Journalism and Mass Communication. He is a journalist, a photographer, a writer, a gamer, a movie addict and has a love for reading (everything). It’s his love of reading that has brought him knowledge in various fields including technology and gadgets. Talking about which, he loves to tweak and play with gadgets, new and old. And when he finds time, if he finds time, he can be seen playing video games or taking a new gadget for a test run.
Facebook
Twitter
WhatsApp
Linkedin
ReddIt
Email
Previous article
LG W30 India launch is scheduled for today: Expected specifications, other details
Next article
Google has started testing offline mode for Google Drive