Mi 11 Ultra gets listed on Amazon, confirms availability ahead of April 23 launch in India 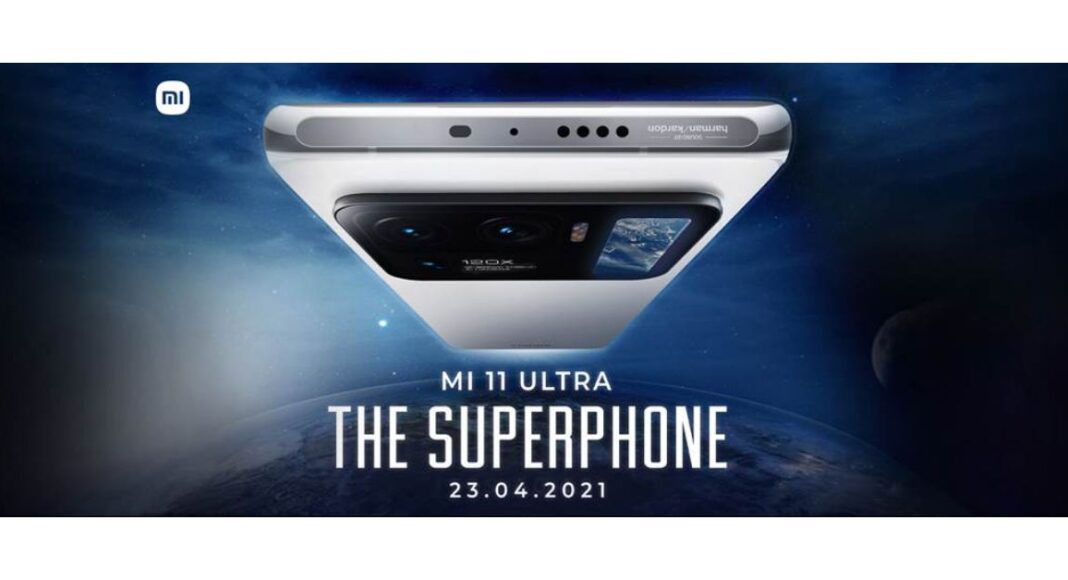 Xiaomi is all set to launch Mi 11 Ultra in India on April 23. Before heading to India the flagship debuted in China last month. To tease its availability this device has now been listed on the e-commerce portal Amazon ahead of the official launch. It is also learnt that the Mi 11 Ultra will retail in the country with over Rs 70,000 price point giving a strong competition to the OnePlus 9 Pro and Vivo X60 Pro Plus that also falls in the same price segment.

Yes, the company has also created a dedicated microsite on Amazon to tease its availability. So when it gets launched in the country the phone will be made available to Indian buyers via the e-commerce site.

Amazon has begun taking registrations of interest while the Notify Me button has also gone live. The smartphone will be available for purchase immediately after launch for the buyers on April 23. Although the company has confirmed its availability, it kept its lips tight concerning the price of the Mi 11 Ultra.

According to industry insiders, Mi Ultra will come to India with a starting price of Rs 70,000. It should be noted that the speculated pricing is even higher than the OnePlus 9 Pro, Vivo X60 Pro+ and Apple iPhone 12 Mini. Also initially, Xiaomi will import its early units from China rather than local manufacturing in India. Therefore the required import duty and additional taxes on the smartphone will result in the price hike.

Mi 11 Ultra features a quad-curved 6.81-inch 2K WQHD+ E4 AMOLED display with a 120Hz refresh rate panel with a 240Hz touch sampling rate support. There is a secondary 1.1-inch AMOLED touch screen with 126×294 pixels of resolution. According to a report the company has repurposed the display of the Mi Band 5 to use it as a secondary display which sits adjacent to the back cameras. The company’s CEO Lei Jun reportedly revealed in an interview.

The phone runs MIUI 12 on top of Android 11 out of the box and is powered by Qualcomm Snapdragon 888 SoC paired with Adreno 660 GPU. There is a triple rear camera setup with a multi-functional secondary display for notifications, battery level, and weather alerts. It consists of a 50-megapixel Samsung GN2 primary wide-angle sensor with f/1.95 aperture and OIS support. Also, there are two 48-megapixel Sony IMX586 ultra-wide-angle and tele-macro sensors (5x optical and 120x digital zoom) onboard. All three sensors support 8K video recording at 24fps. Upfront, there is a 20-megapixel sensor for taking selfies and video calling.

The Mi 11 Ultra boasts a 5,000mAh battery, which has support for 67W wired and wireless fast charging tech along with a 10W reverse wireless charging tech.

Komila Singhhttp://www.gadgetbridge.com
Komila is one of the most spirited tech writers at Gadget Bridge. Always up for a new challenge, she is an expert at dissecting technology and getting to its core. She loves to tinker with new mobile phones, tablets and headphones.
Facebook
Twitter
WhatsApp
Linkedin
ReddIt
Email
Previous article
Google I/O 2021 official dates announced, kicking off on May 18: What all to expect
Next article
Google’s new WebXR apps help you see the world around you in Augmented Reality