The company has already introduced Edge 20 and Edge 20 Fusion in the Indian market. 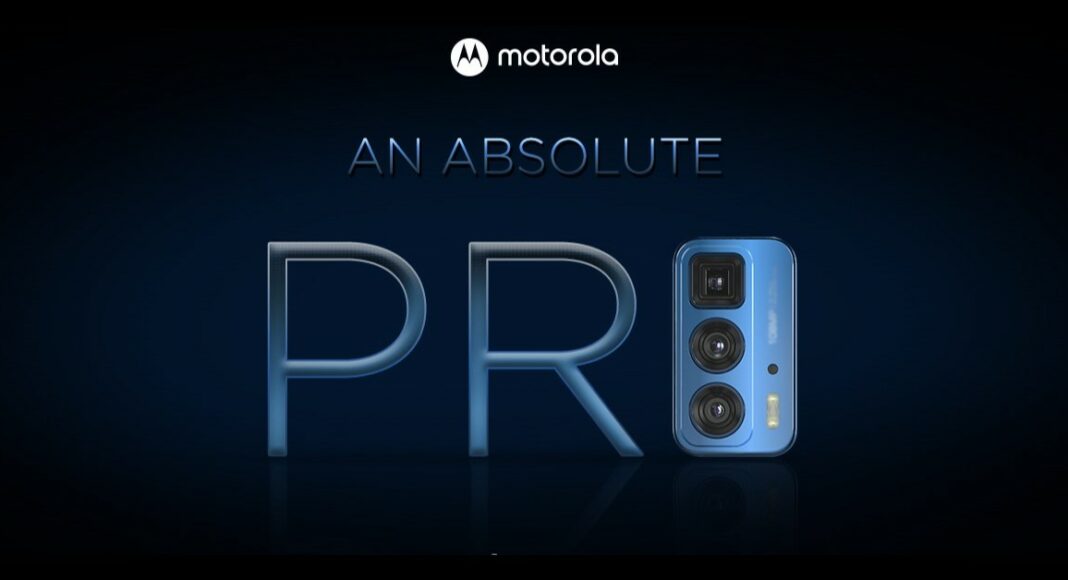 Motorola Edge 20 Series in India will be a complete family soon. Yes, the Motorola Edge 20 Pro will be joining its other two siblings vanilla Edge 20 and Fusion in the country. The Lenovo owned smartphone company has officially confirmed the launch date of its upcoming smartphone. The device is now teased to arrive in India on the very first day of October.

Motorola via its social media channels including Twitter and Instagram has started teasing the launch of its upcoming smartphone Motorola Edge 20 Pro. The device was earlier released in the European market along with the Edge 20 and Edge 20 Fusion. But both the later variants first broke cover in India last month in August. Now the company has decided to bring the Pro variant and scheduled its launch for October 1. However, the company has not explicitly revealed the name of the device but the teaser poster containing the Pro hint confirms the phone’s upcoming launch in the country. Also soon after the launch of the other two devices last month, Motorola India Country Head, Prashanth Mani, took to Twitter to confirm the India launch for the Motorola Edge 20 Pro.

In addition, Flipkart’s listing also confirms that Motorola Edge 20 Pro will be exclusive to the e-commerce platform and will be available during the Big Billion Days Sale.

Motorola Edge 20 was launched in the European market last month. There it is priced at EUR 699.99 that translates to Rs 61,800 for the single 12GB RAM with 128GB storage options. The price of Edge 20 is expected to be priced around what the company is offering in Europe. The phone could also be available in Vegan Leather and Midnight Blue colour options.

Motorola Edge 20 Pro will feature a 6.7-inch OLED display. It comes with a 144Hz refresh rate and Amazon HDR support. Its screen also offers 10-bit colour and DCI-P3 colour space coverage. The phone will operate on  My UX on top of Android 11 and is powered by a Qualcomm Snapdragon 870 SoC paired with 12GB of LPDDR5 RAM along with 256GB of UFS 3.1 storage.

For the optics, it will come with a  triple camera setup on the back of Edge 20 Pro housing a 108-megapixel Samsung ISOCELL HM2 sensor, a 16-megapixel ultra-wide-angle sensor and a macro lens, and an 8-megapixel sensor with a 5x high-res optical zoom and 50X Super Zoom telephoto lens.

Additionally, there will be a 4,500mAh battery on the support that also supports 30W TurboPower fast charging. For connectivity, there is 5G, LTE, Wi-Fi 6, GPS, and Bluetooth, among others.

Komila Singhhttp://www.gadgetbridge.com
Komila is one of the most spirited tech writers at Gadget Bridge. Always up for a new challenge, she is an expert at dissecting technology and getting to its core. She loves to tinker with new mobile phones, tablets and headphones.
Facebook
Twitter
WhatsApp
Linkedin
ReddIt
Email
Previous articleNo more T version of OnePlus, OnePlus OxygenOS and Oppo ColorOS skin to be merged to provide one unified OS in upcoming phones
Next article22 September 2021 Amazon Quiz: Answer five easy questions to win Rs 10,000 Amazon Pay Balance