Motorola One Fusion+ set to roll out in India on June 16: Here’s everything you must know 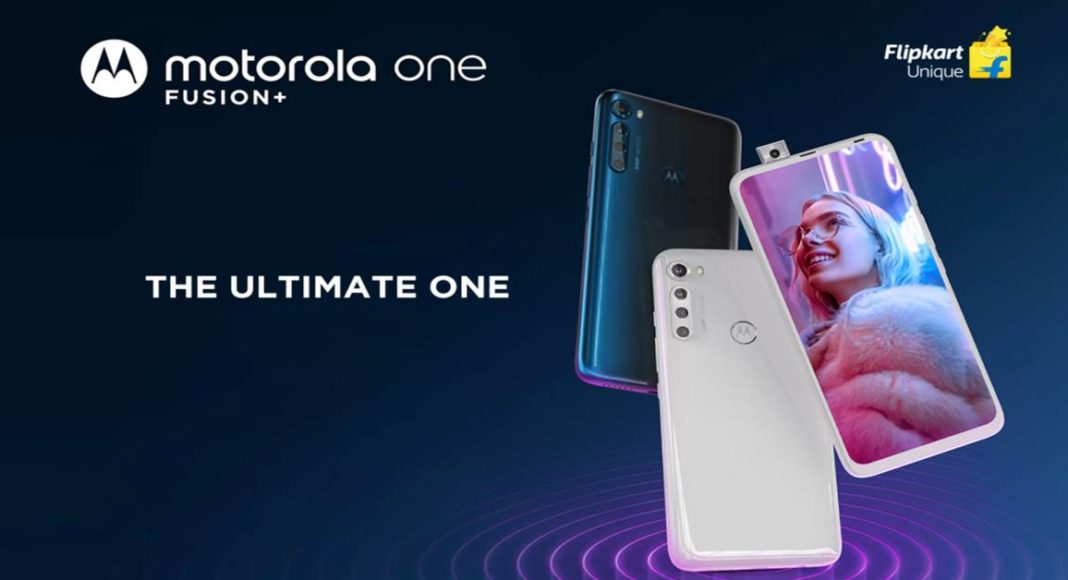 After launching Motorola One Fusion+ smartphone in European market, the tech company is now gearing up to rollout the device in India on June 16th. For this, Motorola has finally teased its mid-range One Fusion+ handset on its exclusive launching platform Flipkart.

In a Twitter post, Motorola India stated, “#TheUltimateOne is coming to give you an incredible edge to edge entertainment experience! Get ready for a 6.5″ FHD+ Display with HDR10 Certification on the all-new Motorola One Fusion+. Unveiling on 16th June on @Flipkart.”

Motorola One Fusion+, which seems to be successor of Motorola One Hyper as the display is almost similar, has a 6.5-inch display FHD+ resolution along with an IPS LCD panel. The One Fusion+ carries a glossy finish polycarbonate chaises. From the launch in European market, we get to know that this budget-friendly smartphone will be made available in Twilight Blue and Moonlight White colour options.

As far as camera is concerned, Motorola One Fusion+ will carry quad rear cameras that supports 4K video recording along with an integrated fingerprint scanner. It comprises of:

Besides these, Motorola One Fusion+ is also embedded with the ultra-wide and macro sensors to give you an experience of RAW photography. In addition, this smartphone comes with the selfie pop-up camera on the top along with a 16MP sensor.

Additionally, the Motorola One Fusion+ smartphone users will get access to a Google Assistant button that will be placed on the right edge alongside the power button and volume rocker.

On the battery front, Motorola One Fusion+ will carry a 5,000mAh battery. The company claims that the battery can provide a 2 days of power backup. There is also fast charging on board which Motorola calls TurboPower charging. The device has a Type-C port for charging.

Moreover, Motorola One Fusion+ will run on the 8nm Qualcomm Snapdragon 730 processor along with Kryo 470 CPU and Adreno 618 GPU. Talking about the storage option, the handset will be available only in the 6GB + 128GB storage capacity option that can be further expanded via a hybrid SIM card slot.