Motorola One Vision to go on its first sale today on Flipkart: Know all the details here 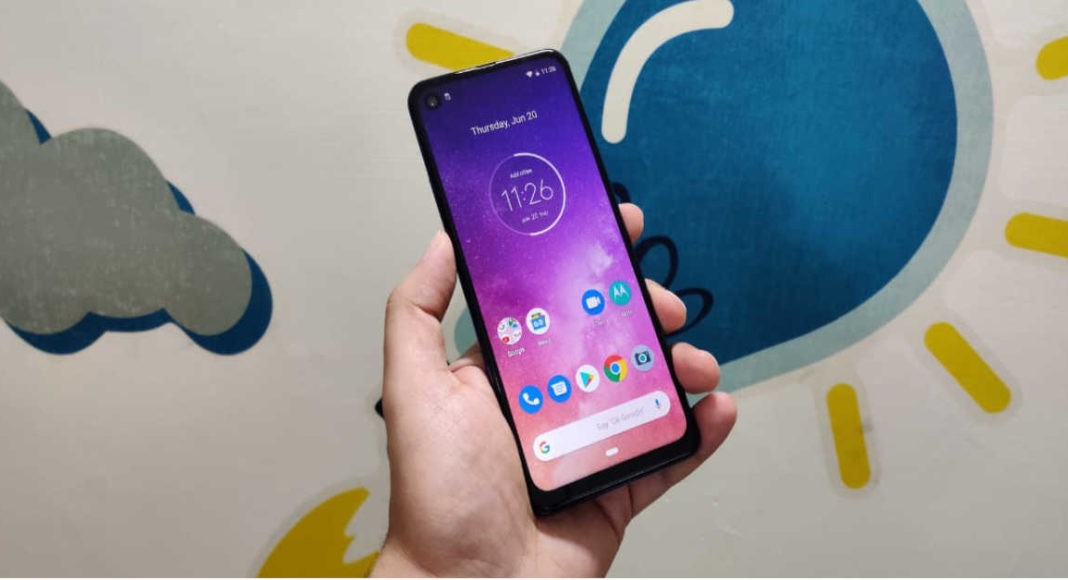 The Motorola One Vision’s lone variant with 4GB RAM and 128GB storage holds a price tag of Rs 19,999 and it will go on sale from 12 noon today on Flipkart.

Talking about the launch offers of the Motorola One Vision, the customers who purchase the device in the first week of sale (June 27 to July 4) will get a no-Cost EMI for 6 months on all major credit and debit cards. Other than that, the Vodafone Idea subscribers will also get up to Rs 3,750 cashback along with an additional data of up to 250GB.

Motorola One Vision specifications and features

The Motorola One Vision sports a 6.3-inch Full HD+ (1,080 x 2,520 pixels) display with an aspect ratio of 21:9. The device is powered by Android 9 Pie and it is also part of Google’s One Program so it will receive Android security and software updates on a regular basis. The smartphone is powered by Samsung’s octa-core Exynos 9609 SoC clocked at 2.2GHz paired with 4GB of RAM.

As said, the smartphone holds 128GB of internal storage with support of microSD card of up to 512GB. But it comes with a hybrid SIM slot. The Motorola One Vision packs a 3,500mAh battery with 15W TurboPower fast charging provision.

On the camera department, the Motorola One Vision features a dual-rear camera setup. This comprises of a 48MP main camera sensor with OIS paired with a 5MP secondary sensor. While on the front, there is a 25MP camera for selfies and video calls.

Other features of the Motorola One Vision include 4G VoLTE, Wi-Fi, Bluetooth v5.0, USB Type-C, NFC, GPS, and a 3.5mm audio jack and Dolby Audio support. The newly launched smartphone also has a rear-mounted fingerprint scanner.

Aman Singhhttps://www.gadgetbridge.com/
Aman Kumar Singh has a Masters in Journalism and Mass Communication. He is a journalist, a photographer, a writer, a gamer, a movie addict and has a love for reading (everything). It’s his love of reading that has brought him knowledge in various fields including technology and gadgets. Talking about which, he loves to tweak and play with gadgets, new and old. And when he finds time, if he finds time, he can be seen playing video games or taking a new gadget for a test run.
Facebook
Twitter
WhatsApp
Linkedin
ReddIt
Email
Previous articleIs It Possible to Live in a Cashless Society?
Next articleOnePlus is accepting application for its Closed Beta Programme to test it’s upcoming software OxygenOS: Here is how to apply