Motorola Razr with foldable screen to arrive in India soon 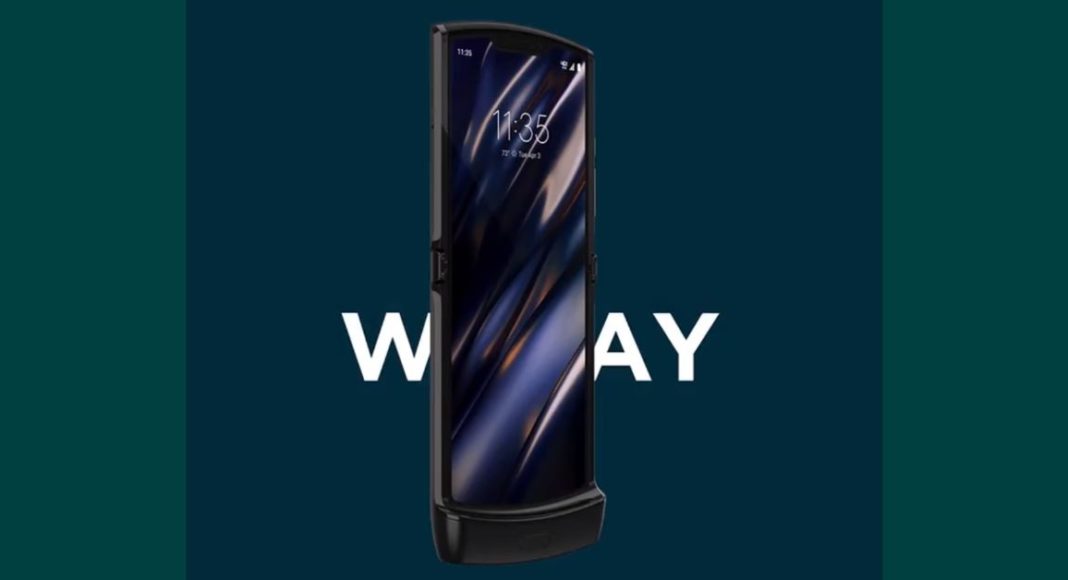 The wait is over the Lenovo owned company Motorola is all set to launch Motorola Razr in India in an all-new avatar. The company via its tweet teased that the soon the foldable smartphone will arrive in India. The company has already launched the phone in a clamshell design last month and is going to launch in the US first early next year.

Motorola teased the most loved and popular foldable phone Motorola Razr on its official Twitter account intimating to launch in India soon. The company released a small teaser video for the upcoming smartphone. The smartphone will compete with Samsung Galaxy Fold and Huawei Mate X for it its foldable screen. The phone carries a clamshell design which makes it much handier, compact that fits in pocket easily as compared to Samsung Galaxy Fold. On the other hand, after selling 1 million units of Galaxy Fold, Samsung is also working on another foldable phone that will also come with a clamshell design.

As for the global pricing the company announced that Motorola Razr will be available for purchase at $1,499 that translates to Rs 1,06,000 as per the Indian currency. Whereas Galaxy Fold is being sold at Rs 1,64,999. Until now Motorola has not revealed the pricing details for India that will only be released after it gets officially launched in India.

As for the specification, however, Motorola comes with a flexible foldable screen just like Galaxy Fold but it carries a completely different design. The smartphone comes with a clamshell design and reminds you old the iconic Moto Razr. When the phone is folded it has a 2.7-inch Quick View display with 00×800 pixels of resolution on the exterior. This display can be used to view notifications, activate Google Assistant, control music and also allows you to take selfies. It opens up into a 6.2-inch flexible OLED HD+ screen with a 21:9 aspect ratio and 876×2,142 pixels of resolution. The comes with a water-repellent body.

There is an octa-core Qualcomm Snapdragon 710 SoC processor paired with 6GB of RAM underneath it. The device runs on Android 9 Pie and houses a 2,510mAh battery supported by a 15W fast charging support. The bottom chin comes with a fingerprint sensor and can be accessed when folded and unfolded state.

In terms of camera capabilities, Motorola Razr has a 16-megapixel primary camera with f/1.7 aperture and can also be used as a selfie camera when it is folded. The camera supports the Night Vision mode for taking bright pictures under low light conditions. While the main display has a 5-megapixel camera to take selfies.

Komila Singhhttp://www.gadgetbridge.com
Komila is one of the most spirited tech writers at Gadget Bridge. Always up for a new challenge, she is an expert at dissecting technology and getting to its core. She loves to tinker with new mobile phones, tablets and headphones.
Facebook
Twitter
WhatsApp
Linkedin
ReddIt
Email
Previous article
Google introduces two new features to protect its Android Message users
Next article
Samsung now contradicts selling 1 million units of Samsung Galaxy fold