Motorola teases One Fusion+ India launch, to arrive in the country soon

The device comes with a pop-up selfie camera 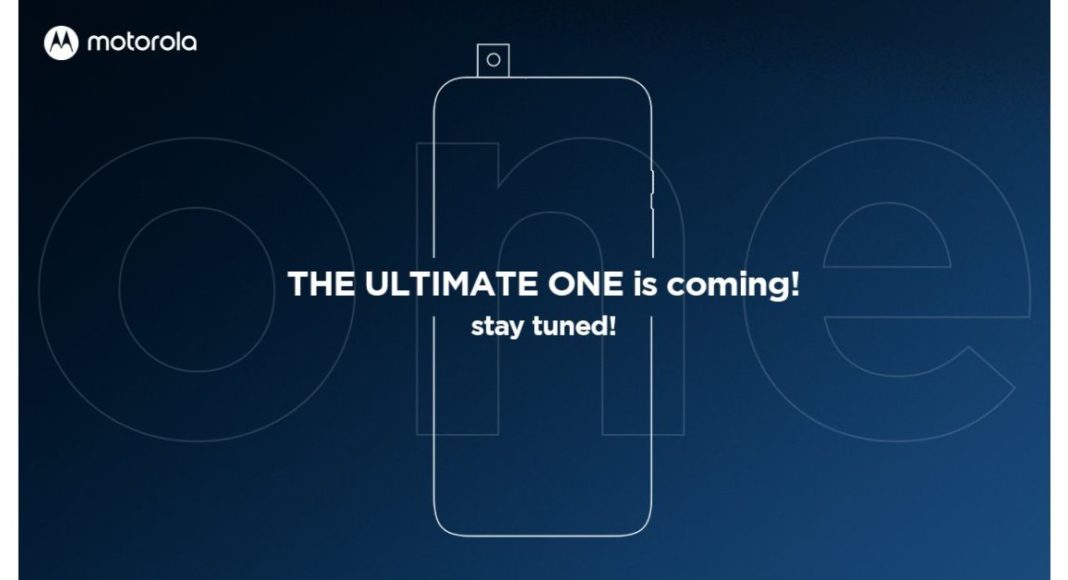 The Lenovo owned company Motorola this week launched its much anticipated Motorola One Fusion+ smartphone globally in the European market. Without further delay, the company has now teased the arrival of the smartphone into the Indian market. This device features a pop-up selfie camera. Moreover, there is a 5,000mAh battery and quad cameras that include a 64-megapixel primary sensor and is powered by a Snapdragon 730 processor.

The company took to Twitter to tease that soon the company will launch a new ‘One series’ device in the country. Motorola has shared an image showcasing just the outline of the handset. The only thing which the company revealed is the pop-up selfie camera which is located at the top left corner of the smartphone and a text written over its reads, “the Ultimate One is coming”. This confirms the arrival of the company’s latest device with a pop-up selfie camera is the Motorola One Fusion+ hitting the stores soon.

In the European market, the price of the Motorola Fusion+ has been set at EUR 299 that translates to Rs 25,400 for the single 6GB of RAM with 128GB of storage option. The device will be available in Twilight Blue and Moonlight White colour options. 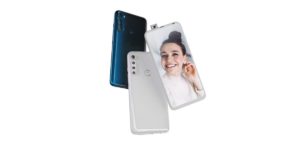 Motorola One Fusion+ runs on stock Android 10. The smartphone features a 6.5-inch full-HD+ display with 1,080×2,340 pixels of resolution, 19.5:9 aspect ratio and 395ppi pixel density. Under the hood, there is a Qualcomm Snapdragon 730 processor paired with Adreno 618 GPU for graphics. It will be offered with 6GB of RAM and 128GB of internal storage. The storage can be expanded up to 1TB using a hybrid microSD card.

It packs a 5,000mAh battery 15W fast charging support that is claimed to deliver up to two days of battery life. In terms of connectivity, there is 4G VoLTE, Wi-Fi 802.11 ac, GPS, 3.5mm audio jack, USB Type-C port and Bluetooth v5. It comes with a rear-mounted fingerprint sensor and a dedicated Google Assistant button.

Komila Singhhttp://www.gadgetbridge.com
Komila is one of the most spirited tech writers at Gadget Bridge. Always up for a new challenge, she is an expert at dissecting technology and getting to its core. She loves to tinker with new mobile phones, tablets and headphones.
Facebook
Twitter
WhatsApp
Linkedin
ReddIt
Email
Previous article
Oppo A52 and  Oppo Enco W11 True wireless headphones launched in India
Next article
Sony’s PlayStation 5 details revealed: Here’s everything you must know