NASA SpaceX Demo-2 mission: Astronauts Behnken and Hurley are getting up to speed with International Space Station system

The newly-expanded Expedition 63 crew will now be ramping up microgravity research in the coming days and weeks. 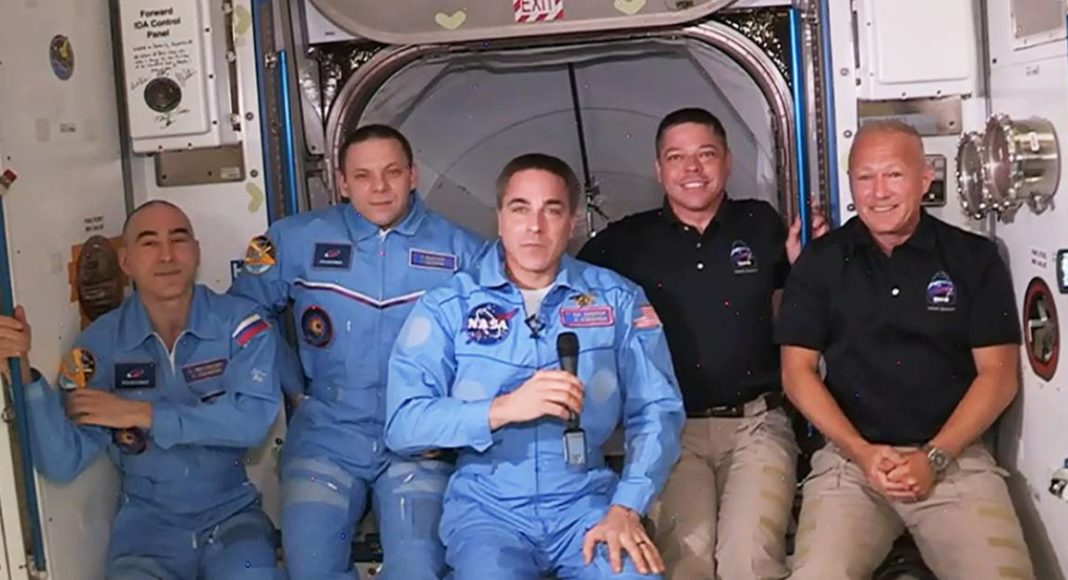 After the SpaceX Crew Dragon arrived the International Space Station this Sunday, two new NASA astronauts Douglas Hurley and Robert Behnken are getting up to speed with space station systems and operations on their first full day as Expedition 63 crewmates.

NASA astronauts Douglas Hurley and Robert Behnken are also unpacking the Crew Dragon vehicle and integrating its systems with the space station. The newly-expanded Expedition 63 crew will now be ramping up microgravity research in the coming days and weeks.

In a news conference, the duo joined NASA Commander Chris Cassidy, who has been on orbit since April 9, to discuss about the historical nature of the first crewed Dragon mission, as revealed in an official blog post by the US space agency. As both Hurley and Behnken had earlier been a part of two space shuttle missions, the duo also described the differences between the Dragon crew ship and the now-retired shuttles. On the other hand, veteran astronaut Cassidy, who majorily spent time on ongoing lab maintenance activities, serviced research hardware and plumbing gear throughout Monday. Mind you! Cassidy also flew on two previous shuttle missions.

The two Roscosmos cosmonauts, Anatoly Ivanishin and Ivan Vagner, focused on science and routine operations in the Russian segment of the orbiting lab. They joined their NASA crewmates in the morning to review Crew Dragon emergency procedures. Afterward, the duo explored advanced Earth photography techniques and ways to improve space exercise.

Behnken is the joint operations commander for the mission, responsible for activities such as rendezvous, docking and undocking, as well as Demo-2 activities while the spacecraft is docked to the space station. He was selected as a NASA astronaut in 2000 and has completed two space shuttle flights. Behnken flew STS-123 in March 2008 and STS-130 in February 2010, performing three spacewalks during each mission. On the other hand, Hurley is the spacecraft commander for Demo-2, responsible for activities such as launch, landing and recovery. He was selected as an astronaut in 2000 and has completed two spaceflights. Hurley served as pilot and lead robotics operator for both STS‐127 in July 2009 and STS‐135, the final space shuttle mission, in July 2011.

At the conclusion of the mission, Behnken and Hurley will board Crew Dragon, which will then autonomously undock, depart the space station, and re-enter Earth’s atmosphere. Upon splashdown off Florida’s Atlantic coast, the crew will be picked up by the SpaceX recovery ship and returned to the dock at Cape Canaveral.