New images of a 6.5-inch iPhone surface, looks almost like the iPhone X 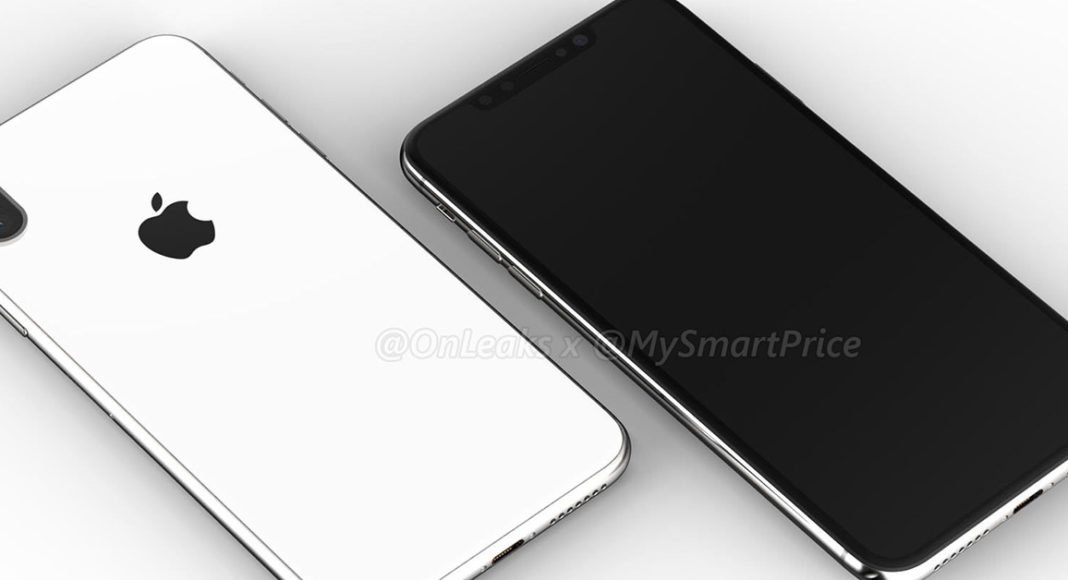 We did get to hear that the next Apple iPhone models will sport a large screen. Now, OnLeaks has pushed out new renders of the Apple iPhone, which could be the upcoming model. This one seems to have a 6.5-inch touch display. By the looks of it, this model design is very similar to the iPhone X, perhaps it is an upgrade to the last model that company has been talking about, since they will stop the production of the iPhone X this year.

Other details known to us that are still running in the rumour mill are that the new Apple iPhone top-end model will have a new chipset by Apple, which might be 15-30% faster than the previous gen. It will also have 4 GB of RAM and 256 GB of storage. A twin camera setup is going to be there and it can be seen in the latest leaks as well. Over that, the front array will again have dual cameras, but the notch might by slightly smaller.

Speaker, MIC and charging ports will be at the bottom while the volume keys will be placed on the left with the power button and SIM tray on the right. Like the last one, there is no 3.5 MM jack on this device, too. The reports also suggest that the display on this Apple iPhone model will be OLED and might support 4K graphics.

Apple’s Bezel-less body is still the best and no manufacturer has come close to designing it like Apple does, yes the notch on some of the phones like the OnePlus 6 is better, but the form factor of the Apple iPhone X and this one seems to be much better. If this is the real deal, we cannot wait to get our hands on the new device, which will be out this September.