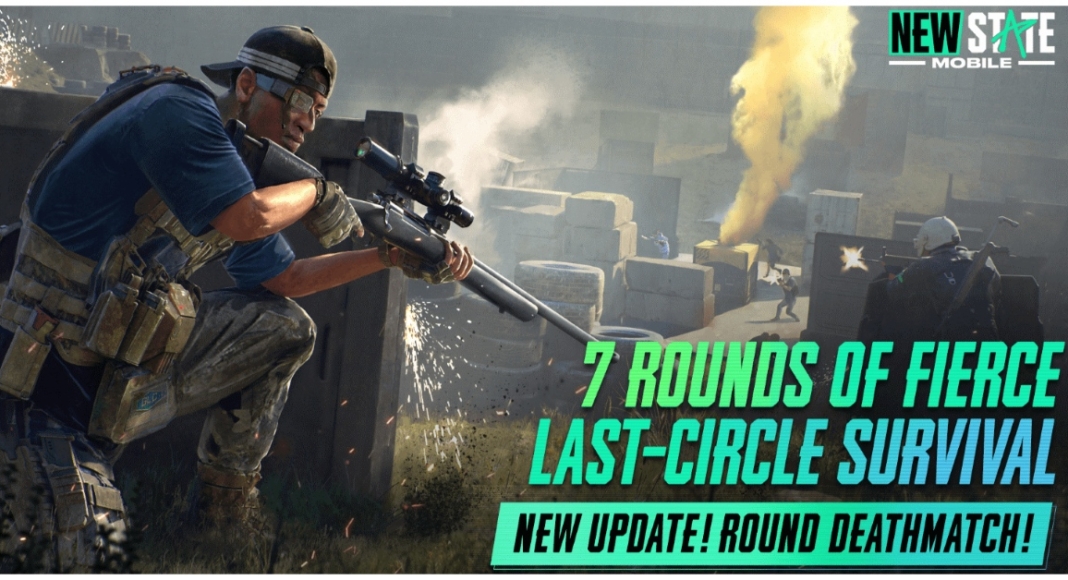 Krafton today announced the release of the February update for New State Mobile, formerly known as PUBG: New State. The new update is now available for both Android and iOS and brings Round Deathmatch (RDM) Mode, a 4v4 round-based experience in which teams strive to be the last one standing. In addition to this, the new version also includes Survivor Pass Vol 4, new MP5K and Crossbow weaponry, and changes to the in-game clan system, among other things.

RDM (Round Deathmatch) is a 4v4 round-based mode. Players will not respawn after being eliminated, unlike in standard deathmatch games. Each round, the side with the last person standing wins. Teams will battle in a best-of-seven series to determine who would win the match. In RDM, each team will begin each game on opposing sides of the Arena – a new arena devoted to RDM – with a basic set of weaponry. A Blue Zone will appear at the start of each round, and will progressively move to the centre of the map as the game proceeds.

Players may now proceed through the new Survivor Pass to gain a range of in-game prizes with the February update for New State Mobile. Players may complete a series of faction-themed tasks with this Survivor Pass, which focuses on Doug Bikerway of the Mayhem motorcycle gang, one of the arms-dealing factions in the New State Mobile. Players who finish the narrative tasks can get the Doug Bikerway skin.

The February update for New State Mobile has also included MP5K. It is a 9mm-based SMG that can be outfitted with a number of accessories to aid with recoil management. While in the Troi and Erangel 2052 maps, the quiet, long-range Crossbow is now accessible as a field drop.

In addition to this, the latest New State Mobile update also brings new weapon customisations. The M249 rifle may now be modified with a new shield attachment that mounts on the side of its handguard and protects the opposing fire from damaging it, thanks to this update. However, this adjustment results in a significantly slower ADS time.

To assist players to match with clans of similar nationalities, recommended clans will now focus on a Clan Master’s nationality. Players may now search for clans depending on that criterion to locate the one that is right for them. Clan Masters may now customise their Clan Emblem with a range of symbols, backgrounds, and colours, with more possibilities to come in the future. These Clan Emblems will appear on the “recommended clan page” as well as on the profile pages of clan members.

Komila Singhhttp://www.gadgetbridge.com
Komila is one of the most spirited tech writers at Gadget Bridge. Always up for a new challenge, she is an expert at dissecting technology and getting to its core. She loves to tinker with new mobile phones, tablets and headphones.
Facebook
Twitter
WhatsApp
Linkedin
ReddIt
Email
Previous articleInfinix Zero 5G with MediaTek Dimensity 900 SoC announced
Next articleComparison: Redmi Note 11S vs Redmi Note 11