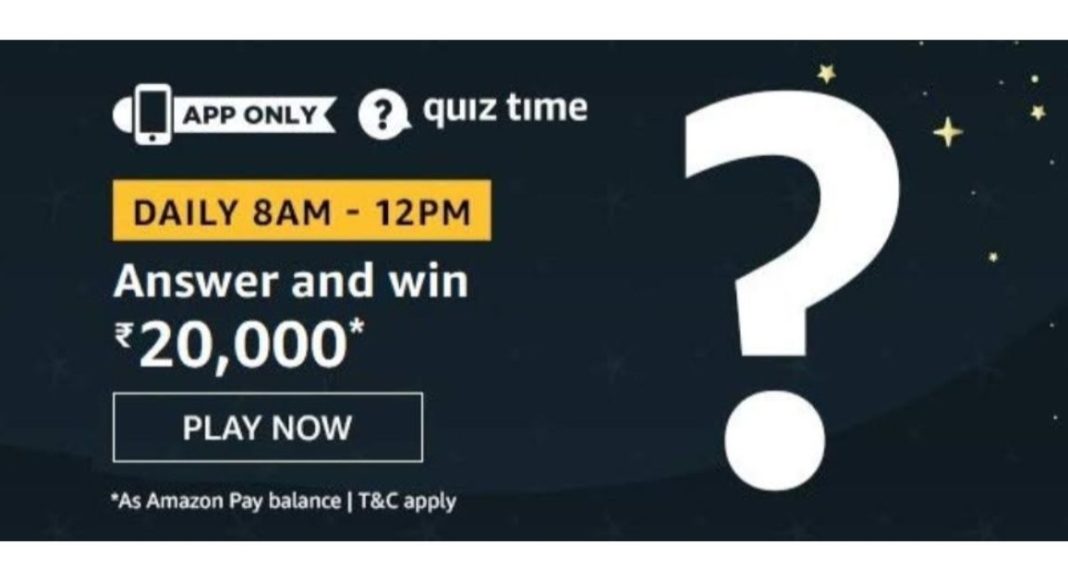 October 31 Amazon Quiz has gone live on its mobile platform. In the Quiz the participants have to answer 5 questions that are based on general knowledge and current affairs. After they have cleared the daily quiz their name will be shortlisted for a lucky draw to select a winner. The company announced the results of the lucky draw at the end of the month and today Quiz winner’s name will be announced at the end of the month. The Amazon Quiz is hosted by the app users only, it is not available for desktop users. So, before you participate to make sure you have downloaded the Amazon App. The lucky users might win something by answering all the questions correctly. Check out today’s answers for the Amazon quiz to win Rs 20,000 Amazon Pay Balance.

Question 1: What is the name of the Indian government.project that aims to connect more than 2.5 lakh Gram Panchayats with high-speed broadband?

The answer is- BharatNet

Question 2: With 87% of the votes in her favor, Jacinda Ardern has been re-elected for a second term as the Prime Minister of which nation?

The answer is- New Zealand

Question 3: Which recently released memoir is divided into four parts: “Wayward Child”, “Sing. Sing.”, “All That Glitters”, and “Emancipation”?

The answer is- The Meaning of Mariah Carey

Question 4: Located in a church in Italy, whose statue sculpted by Michelangelo is depicted in this picture?

The answer is- Moses

Question 5: Which nation does this fruit originate from?

The answer is- Mexico

Komila Singhhttp://www.gadgetbridge.com
Komila is one of the most spirited tech writers at Gadget Bridge. Always up for a new challenge, she is an expert at dissecting technology and getting to its core. She loves to tinker with new mobile phones, tablets and headphones.
Facebook
Twitter
WhatsApp
Linkedin
ReddIt
Email
Previous articleVivo to discontinue Funtouch OS, to be replaced with Origin OS: Report
Next articleLG K92 5G ready phone launched at an affordable price