The latest teaser video reveals the design of the upcoming smartphone. 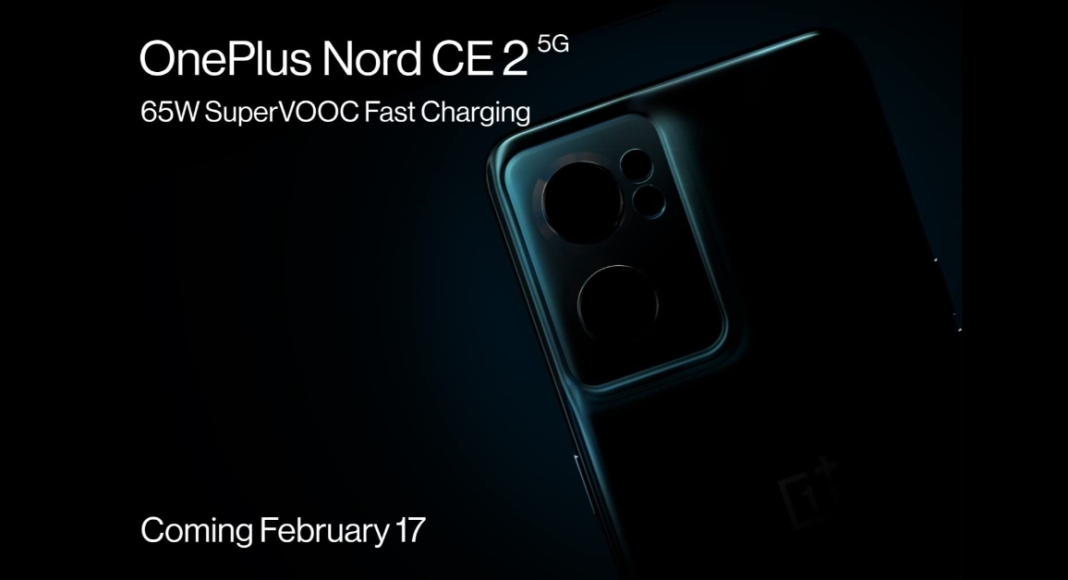 The OnePlus Nord CE 2 5G will be available on February 17. The company officially announced that its most affordable smartphone will be launching in India now. The company previously teased the phone but it did not give any specific launch date. The device is now set to be released in India next week and the company has also previewed the design of the upcoming mid-range smartphone.

On February 17, 7:00 pm IST, OnePlus will unveil the OnePlus Nord CE 2 in India. On Twitter, the company has also released a short video teaser that gives us the first look at the upcoming smartphone. It showcased the phone’s back camera module which looks similar to what we have seen in earlier leaks. The teaser depicts a power button on the right side and a volume rocker on the left side. The phone is also not seen bearing the alert slider. In addition to this, the device will be available via Amazon in the country as it has been listed on the e-commerce platform.

The phone was originally mentioned in the source code of the OnePlus website, and it was later listed on the Bureau of Indian Standards (BIS) website. OnePlus has yet to publicly announce additional information about the impending OnePlus Nord CE 2 5G, but a fresh leak has revealed some details. The device is tipped to arrive with 6GB and 8GB RAM choices, as well as 128GB of internal storage that could be extendable through a dedicated microSD card slot.

While previous reports suggested a 6.59-inch full-HD Fluid display would be included in the OnePlus Nord 2 CE 5G. It is rumoured to be powered by a Qualcomm Snapdragon 695 5G SoC with 6GB or 8GB of RAM. The next OnePlus smartphone is also expected to come with 128GB or 256GB of internal storage.

According to reports, the smartphone would have a 5,000mAh battery with 33W rapid charging capability.

Other sources, which differ from the aforementioned facts, indicate that the device would be powered by a MediaTek Dimensity 900 SoC with 6GB of RAM and 128GB of internal storage, as well as 12GB of RAM and 256GB of internal storage. The device, according to rumours, would boast a 6.4-inch full HD+ AMOLED display with a refresh rate of 90Hz. Corning Gorilla Glass will cover both the display and the back panel, with a selfie punch hole cut out. Plastic will be used for the side frames.

The rear camera configuration on the smartphone has a 64MP primary OmniVision sensor, an 8MP ultra-wide lens, and a 2MP macro lens. A front-facing 16MP camera is utilised for selfies and video calls. It features a battery capacity of 4,500mAH and enables 65W rapid charging.

Komila Singhhttp://www.gadgetbridge.com
Komila is one of the most spirited tech writers at Gadget Bridge. Always up for a new challenge, she is an expert at dissecting technology and getting to its core. She loves to tinker with new mobile phones, tablets and headphones.
Facebook
Twitter
WhatsApp
Linkedin
ReddIt
Email
Previous article11 February 2022 Amazon Quiz today answers: Answer to win Rs 5,000 Amazon Pay Balance
Next articleAsus ROG Phone 5s, Asus ROG Phone 5s Pro launching in India on February 15