HomeCinemaTVOnePlus TV can be purchased during Amazon Great Indian Sale

OnePlus TV can be purchased during Amazon Great Indian Sale 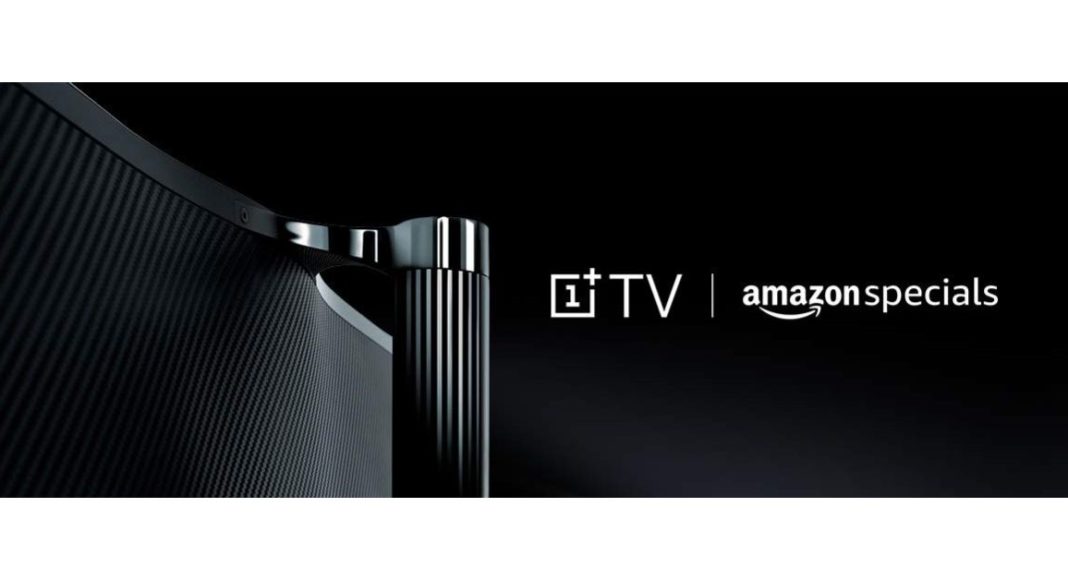 Those who are unaware, the Chinese smartphone maker OnePlus will soon launch its first smart television in the country. Yes and for the first time OnePlus Tv will debut in India for the world to see. Until now the company has not revealed the launch date of its new product, but its official online partner is Amazon on which the Smart Television will be made available, has released a new teaser. The new teaser suggests that the upcoming OnePlus TV will be up for purchase during its popular Great Indian Festival sale.

Until now OnePlus has not revealed much about its upcoming Smart Television. But it has confirmed that OnePlus TV will arrive with a 55-inch display along with a QLED (quantum-dot light-emitting diode) panel. The reports also suggest that the TV will come in four sizes – 32-inches, 55-inches, 65-inches and 75-inches.

I am proud to share news about the dedicated picture processor for the #OnePlusTV. We built the Gamma Color Magic processor to bring you best-in-class image quality on our customized #QLED TV panel with widest color gamut. Can't wait for you to experience it! pic.twitter.com/DlQS8Y8jhn

OnePlus’s CEO Pete Lau has confirmed that the Smart TV arrives with a Dolby Vision support and will run on the Android for TVs platform. He further revealed that in any case, the Television will receive three years of Android TV software updates. He also suggested that the TV will get power from Gamma Color Magic processor that he claims to bring best-in-class image quality. Recently, he also shared an image of the OnePlus TV remote via Twitter. Also, the back of the TV will be made up of Kevlar.

The Amazon TV’s dedicated microsite said OnePlus TV will arrive with eight speakers that will deliver a combined output of 50 W RMS along with Dolby Atmos support for immersive surround sound experience.

Komila Singhhttp://www.gadgetbridge.com
Komila is one of the most spirited tech writers at Gadget Bridge. Always up for a new challenge, she is an expert at dissecting technology and getting to its core. She loves to tinker with new mobile phones, tablets and headphones.
Facebook
Twitter
WhatsApp
Linkedin
ReddIt
Email
Previous articleRealme launched Realme XT with a 64-megapixel camera in India
Next articleGionee Smartwatch with colour touch screen display launched in India