OnePlus TV Launch: U and Y series range of Android TV comes to India at Rs 12,999 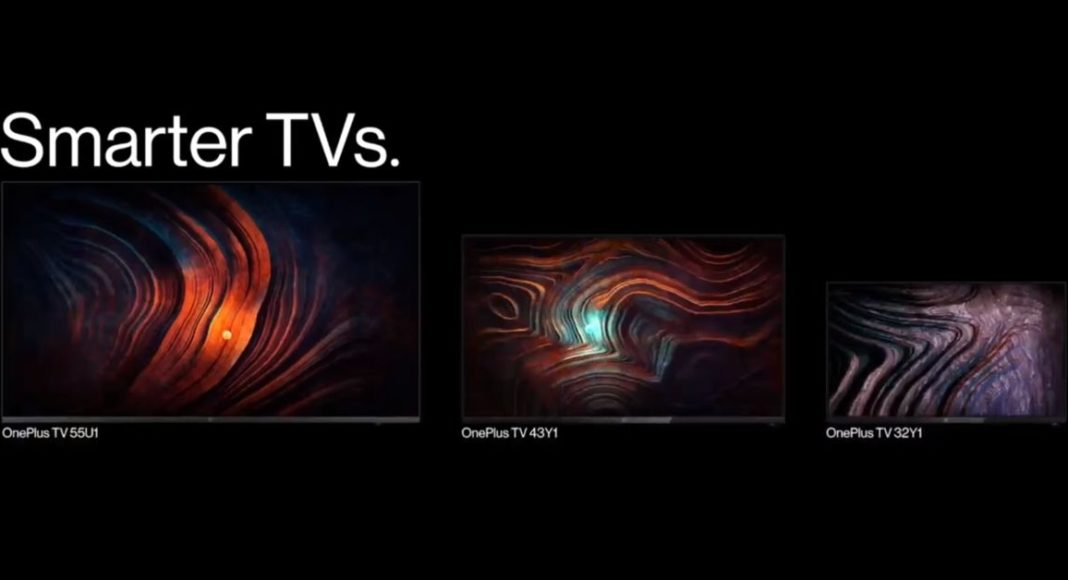 Just two months back the Chinese smartphone company launched its most anticipated smartphone in the market OnePlus 8 series. To recall the company launched its first-ever OnePlus Q1 series TV in the market.  But this time the company has taken the wrap off its 2020 model of OnePlus TV U and Y series. Under the latest series, the company has introduced three models with screen sizes of 32-inch, 43-inch and 55-inch with Android TV experience. But the former two come under the OnePlus TV Y series whereas the later one comes under the U1 series.

It comes with a Cinematic display with 93% DCI-P3 Color Gamut, Dolby Vision, Gamma Engine with TV comes with 9 Picture modes. Moreover, there are 30W speakers rotated at 90 degrees powered by Dolby Atmos. There are thin bezels along with hidden ports.

OnePlus TV U and Y series pricing and availability 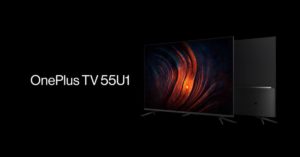 In today’s launch event, the company has released OnePlus TV U and Y series. The most affordable one 32 inch and 43 inch comes under the Y series and has been developed keeping in mind the needs of the Indian consumers and easy on the pocket. While the premium one U series includes a 55-inch model. All the three models come equipped with Oxygen Play and OnePlus Connect for better connectivity. The 55U1 comes with a display panel with 93% DCI-P3 Color Gamut, Dolby Vision, and HDR 10 support. The TV offers 9 Picture Modes that include Kids Mode, Blue Light Protection, Data Saver Plus mode and more. 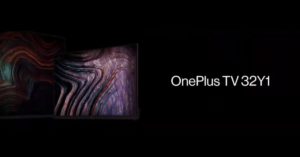 The U series comes with Gamma Engine. The display comes with 95 percent screen to body ratio and is 6.9mm thin. There are four Dolby Atmos powered speakers with 30W of output that have been placed at a 90-degree angle. The Television runs on Oxygen Play UI on top of Android TV. 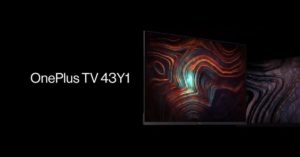 Coming to the affordable Y series which comes in two screen sizes offering a Cinematic display. The 32-inch model offers an HD display with 1366×768 pixels of resolution whereas the 43-inch variant comes with a Full HD display and 1920×1080 pixels of resolution. Each of the models comes equipped with two 10W speakers powered by Dolby Audio. Both the televisions are powered by Oxygen Play UI and come pre-installed apps along with Google Play Store, Google Assistant and more. The series features OnePlus Play, OnePlus Connect, Kids Mode among others

Komila Singhhttp://www.gadgetbridge.com
Komila is one of the most spirited tech writers at Gadget Bridge. Always up for a new challenge, she is an expert at dissecting technology and getting to its core. She loves to tinker with new mobile phones, tablets and headphones.
Facebook
Twitter
WhatsApp
Linkedin
ReddIt
Email
Previous article
Facebook rolls out Avatar feature in India: Here is how to create your Facebook Avatar
Next article
ASUS to launch its next gaming phone ROG 3 on July 22