Oppo A92 is now up for pre-orders, gets listed on an Indonesian website before any official launch 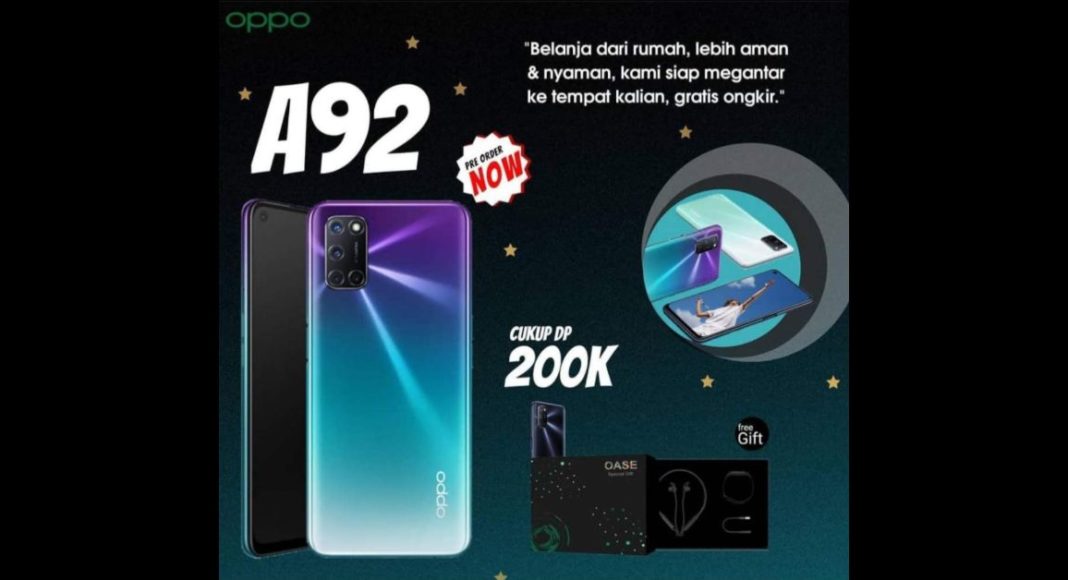 Oppo A92 is the upcoming new addition to the company’s A-series. Recently the company launched a couple of phones including some from the same series. Oppo A92 reportedly leaked online which is said to be the company’s upcoming smartphone. Recently we came across some of the specifications of the device that is said include a quad rear camera and a 5000mAh battery. Now again the device specifications, as well as pricing, has been leaked on the web and the device is now up for pre-orders via an Indonesian website even before its official launch. 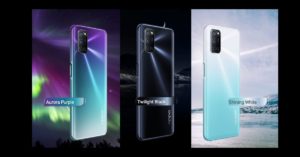 The Oppo A92 listing includes all the key specification details but misses out a few details which might get clear once the company officially announces the launch of the smartphone. The device features a 6.5-inch full-HD+ LCD display with a hole punch design, 1080×2400 pixels of resolution and with 405ppi pixel density. The smartphone will be powered by an octa-core Snapdragon 665 processor coupled with an 8GB of RAM and 128GB of storage. It will runs on ColorOS 7.1 based on top of Android 10 OS.

For optics, Oppo A92 features an L shaped quad rear camera set up placed on the top left corner of the back panel. The camera setup includes a  48-megapixel primary sensor with f/1.7 aperture, an 8-megapixel ultra-wide-angle lens, a 2-megapixel macro lens and lastly a 2-megapixel depth sensor. For selfies, there is going to be a 16-megapixel front-facing camera sensor inside a hole punch.

Komila Singhhttp://www.gadgetbridge.com
Komila is one of the most spirited tech writers at Gadget Bridge. Always up for a new challenge, she is an expert at dissecting technology and getting to its core. She loves to tinker with new mobile phones, tablets and headphones.
Facebook
Twitter
WhatsApp
Linkedin
ReddIt
Email
Previous article
Black Shark 3 and Black Shark 3 Pro to get launch on May 8
Next article
Ahead of the launch, Huawei Watch GT 2e spotted on Flipkart, Indian pricing revealed