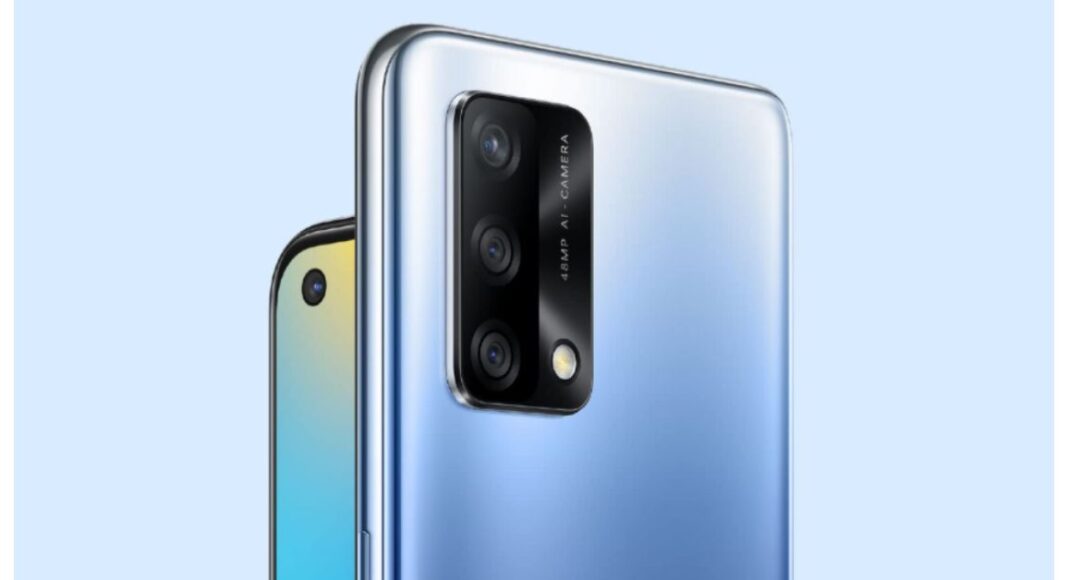 The Oppo F19 series just got bigger. The company today added another new smartphone to the lineup by introducing Oppo F19 smartphone. The series already includes two phones, Oppo F19 Pro+ and Oppo F19 Pro. The phone is claimed to be the slimmest with a 5,000mAh battery onboard. The key highlights of the phone include a triple rear camera set up featuring a 48-megapixel primary sensor. In addition to this, the device is powered by Qualcomm Snapdragon 662 SoC and runs Android 11 out of the box.

Oppo F19 has been introduced in India in a single 6GB of RAM and 128GB of storage option. The phone is priced at Rs 18,990. The device will be offered in two colour options of Midnight Blue and Prism Black. It will be available for purchase through Amazon and other online as well as offline channels starting April 9. 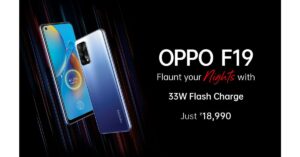 The launch offers for the smartphone include 7.5 percent cashback to buyers making transactions through HDFC Bank, ICICI Bank, Kotak, and Standard Chartered bank debt as well as credit cards. There will be 11 percent instant cashback if payment is made through Paytm. There will be zero down payment on EMI offered by Home Credit, HDFC Bank, and Kotak. Also, the company will be offering Oppo F19 buyers Oppo Enco W11 TWS earbuds and Oppo W31 wireless headphones at a discounted price of Rs 1,299 and Rs 2,499 respectively.

As for the specifications, Oppo F19 features a 6.43-inch full HD+ AMOLED display with 1,080×2,400 pixels of resolution. It offers a 20:9 aspect ratio, 800 nits of peak brightness, 409ppi pixel density, and there is a standard 60Hz refresh rate panel. The phone runs on Android 11 with ColorOS 11.1 on top. Under the hood, there is an octa-core Qualcomm Snapdragon 662 SoC, paired with Adreno 610 GPU. It is offered in a single 6GB of RAM and 128GB of storage. The onboard storage supports expansion via a microSD card. 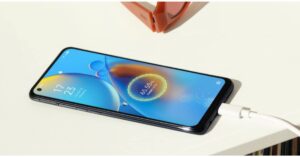 In terms of imaging, the newly launched Oppo F19 comes with a triple rear camera setup headlined with a 48-megapixel primary sensor with an f/1.7 aperture. Furthermore, there is a 2-megapixel depth sensor and a 2-megapixel macro lens. The front notch holds a 16-megapixel sensor for taking selfies and video calling.

The connectivity options on the phone include 4G LTE, Wi-Fi, Bluetooth v5.0, GPS/ A-GPS, USB Type-F, and a 3.5mm audio jack. The smartphone houses a 5,000mAh battery that’s paired with a 33W Flash Charge, which runs on a 11V3A solution. The phone is claimed to fully charge in 72 minutes and up to 54 percent in just 30 minutes. As per the company, with 5 minutes of charging you can enjoy 5.5 hours of calling and around 2 hours of YouTube use.

Komila Singhhttp://www.gadgetbridge.com
Komila is one of the most spirited tech writers at Gadget Bridge. Always up for a new challenge, she is an expert at dissecting technology and getting to its core. She loves to tinker with new mobile phones, tablets and headphones.
Facebook
Twitter
WhatsApp
Linkedin
ReddIt
Email
Previous articleYahoo Answers will be shut down effective from May 4, 2021
Next articleWestern Digital launched its first 2-in-1 flash drive SanDisk iXpand Flash Drive Luxe in India