The new technology was unveiled at the MWC Shanghai 2019. 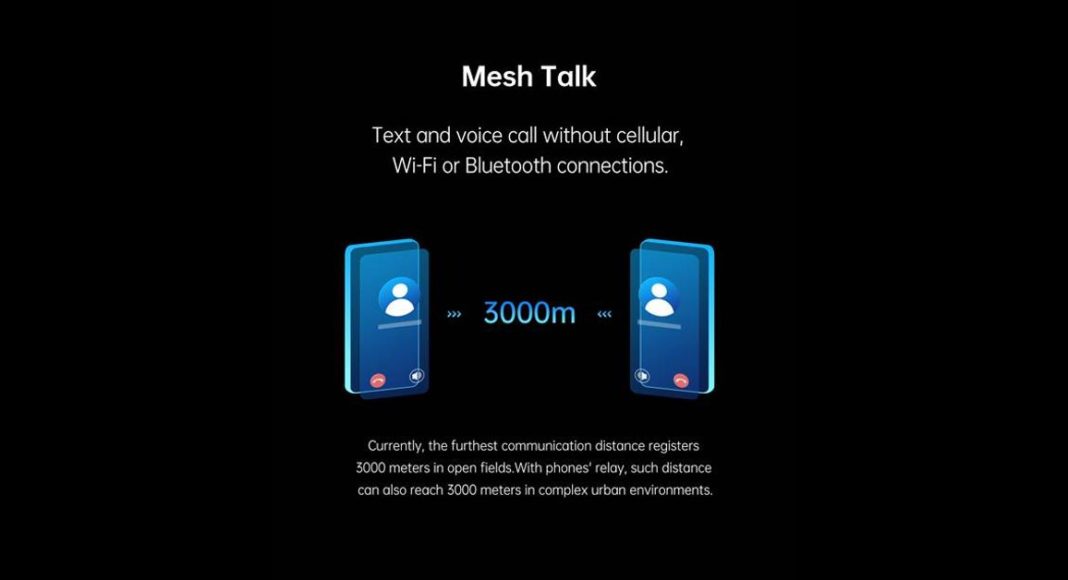 At the ongoing MWC Shanghai 2019, companies are taking their turns announcing new technologies that they are working on or planning to launch in the future. While Vivo unveiled its new AR glasses, Oppo showcased its under the screen selfie camera. Now, Oppo has unveiled another technology in the smartphone world at the ongoing event. This is a new communications technology and Oppo is the first one to launch it. Called MeshTalk, the technology is a decentralized, end-to-end system with which the company can cover up to 3 Km of outdoor environment and the signal relay between the devices can be used. The range can be further increased in a more crowded environment. This technology enables the users to call or chat across medium distance without using the cellular network, Wi-Fi or Bluetooth.

The applications of the MeshTalk can be many once it launches in the future, however, currently it is limited to the Oppo devices only. With this, Oppo devices will be able to create an ad hoc local area network across a wide area. The user will then be able to communicate directly with another user on the other end of the network. So, in short to medium distances users will be able to connect and talk with each other without relying on any cellular or VoLTE networks. They would simply be able to use Oppo’s MeshTalk to communicate. MeshTalk can also be used to connect multiple devices at once, so the users can add multiple devices to create an ad hoc local area network (LAN) and it would enable the group chat capability. This would expand the communication range of MeshTalk via signal relay.

To develop the MeshTalk feature, Oppo has customized the communication chipset to realize the advantages of the lower power consumption and longer distance. Using MeshTalk, the users can guarantee a higher level of privacy than the traditional networks. According to Oppo, MeshTalk can also help users in emergency communications and some outdoor environment as well.

According to Oppo, its new MeshTalk can be used by the users in certain situations like when there is no availability of networks or internet access. Oppo also claims that MeshTalk won’t have much effect on the battery life of the smartphone. The company also has plans to work on a 72-hours standby mode so that the smartphones can be reached in a situation of emergency when the battery of the device is low. Currently, it is not known if Oppo will bring the MeshTalk feature to all its existing smartphones or it will launch only in some new select devices.

Aman Singhhttps://www.gadgetbridge.com/
Aman Kumar Singh has a Masters in Journalism and Mass Communication. He is a journalist, a photographer, a writer, a gamer, a movie addict and has a love for reading (everything). It’s his love of reading that has brought him knowledge in various fields including technology and gadgets. Talking about which, he loves to tweak and play with gadgets, new and old. And when he finds time, if he finds time, he can be seen playing video games or taking a new gadget for a test run.
Facebook
Twitter
WhatsApp
Linkedin
ReddIt
Email
Previous article
Vivo announces its first AR glasses at the ongoing MWC Shanghai 2019
Next article
Realme U1 and Realme 1 start receiving the Andriod 9.0 Pie update