Oppo releases new ColorOS 7 in India: These smartphones to get it first

The new custom skin by Oppo runs on Android 10 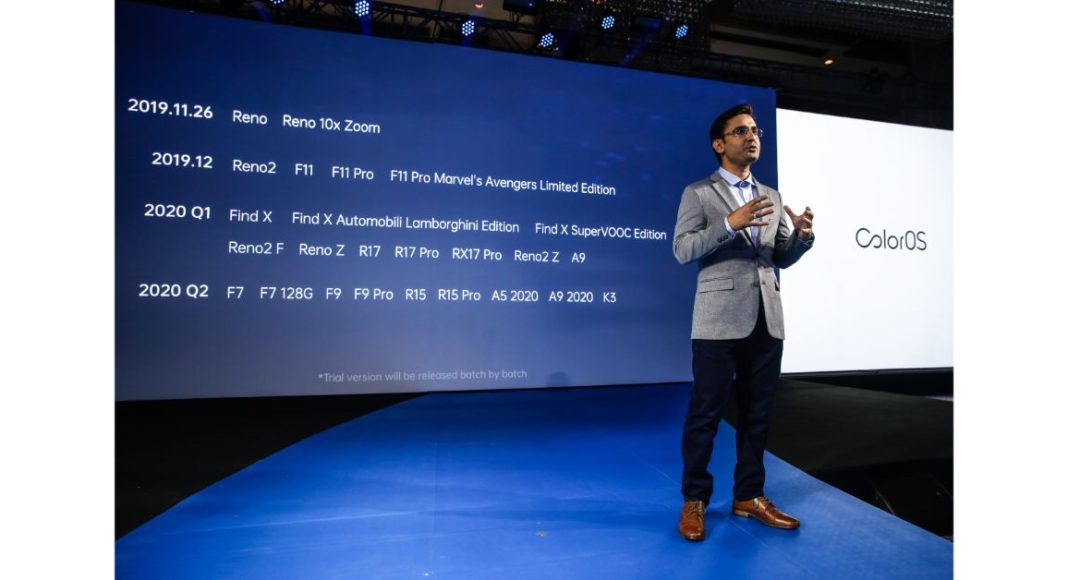 The Chinese smartphone manufacturer Oppo has finally launched its new version of ColorOS 7 in India. The new operating system skin is the successor of ColorOS 6 that is based on Android 10. Prior to its launch in the country, the company has already launched the new custom skin in China last week. The key highlight of the new OS is full icon customisation, dark mode, DocVault and much more.

In the beginning, Oppo will bring the new custom skin ColorOS 7 to more than 20 smartphones. The list will include all the phones under Oppo Reno series, Oppo Find, Oppo A series, Oppo F as well as Oppo K series. From today onwards the new update will start reaching the users via trail version.

While on the other hand as we already know Realme phones also run on Oppo’s customised skin so the new ColorOS 7 will also reach their devices also. The company has also announced that it will start the roll-out of new skin for its complete line-up of smartphones earlier next year.

Like we mentioned earlier also Oppo first released the ColorOS 7 in China last week. The company has already started rolling out the update to many smartphones of the Oppo Reno series in its home markets such as  Oppo Reno10x Zoom, Reno Barcelona Custom Edition, Reno Ace and more.

The all-new ColorOS 7 is based on the notion of the company’s Infinite Design that has adopted a lightweight visual approach that simplifies the user interface. There is also a system-wide dark mode and full icon customization. The dark mode provides less stress on eyes with better reading experience under any light conditions also reducing battery consumption.

Dwelling further into the new OS more the ColorOS 7 also brings more features such as the new weather-adaptive alarm that automatically adjusts alarm sounds to weather. The new Artist Wallpaper Project permits the users to make use of a vibrant range of dynamic wallpapers that change with time or a swipe. With an upgraded haptic design, the company claims that there will be a much clearer crisper touch response sounds as well as a more realistic touch experience.

Plus, it will also deliver sharp, new animations for charging, weather, and deleting apps. While designing the new custom skin the company also partnered with Denmark’s audio design company Epic Sound in order to upgrade the overall sound system. The sound effects will be inspired by nature for better listening experience across the system controls, ringtones, notifications and much more.

The OS developed Cache Preload, oMem and oSense to ensure a smooth and fast experience. The Cache Preload opens the apps at a much faster rate. oMen boosts the RAM utilization by 40 percent, with multiple apps running, system response is also increased by 30%. Th oSense is basically a scheduling mechanism that prioritises the front- end and user-related threads, optimizes touch response and frame rates, for the better gaming experience. According to the company, the touch response has been improved by 21.6% and the frame rate by 38%.

Strengthening the privacy protection private Safe transfers photos, videos, audio, and other documents to a secure “zone” in the storage folder, blocking access by other third-party apps.

Komila Singhhttp://www.gadgetbridge.com
Komila is one of the most spirited tech writers at Gadget Bridge. Always up for a new challenge, she is an expert at dissecting technology and getting to its core. She loves to tinker with new mobile phones, tablets and headphones.
Facebook
Twitter
WhatsApp
Linkedin
ReddIt
Email
Previous articleXiaomi K30 is releasing on December 10: Everything to know
Next articleMi Note 10 with the 108-megapixel camera to arrive in India soon