Oppo Reno 3 Pro with 64MP rear camera all set to launch in India today: How to watch the live stream 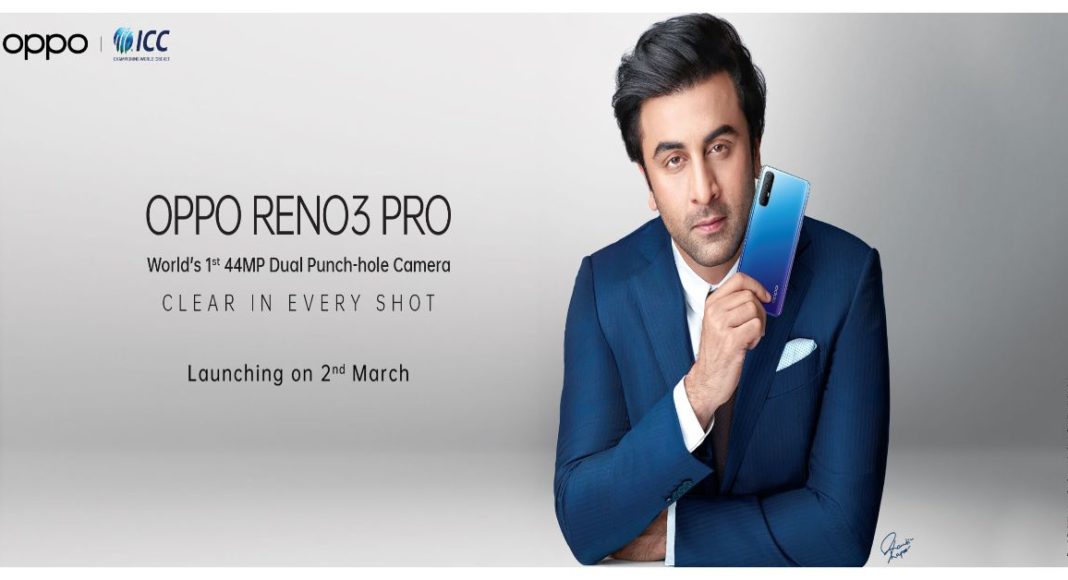 The Chinese smartphone brand Oppo is all set to launch a new smartphone in India today. The company is going to launch Oppo Reno 3 Pro in the country. To recall, prior to its Indian launch the smartphone made its debut in the Chinese market last year in December. However, the Indian variant will have some slight changes to its design as well as specifications when compared to the Chinese version.

In the country, the handset is going to come with a dual hole-punch camera set up rather than a single cut out. Besides this, the smartphone will have a 64-megapixel primary camera. The company has been teasing the phone for a long time now. Read on to know how to watch the event live and its expected specifications as well as it’s pricing.

As said, Oppo Reno 3 is going to make its debut in India today. The company will be hosting a launch event in New Delhi, which is going to begin at 12.30 noon IST. The Oppo Reno 3 Pro launch event will be webcasted across all its social media channels as well as on YouTube.

The price of the upcoming smartphone is still unknown, but the device will go on sale in the country via e-commerce websites Amazon, as well as Flipkart along with all the offline retailers across the country. The pricing is expected to be similar to the Chinese variant. In China, the company launched Oppo Reno 3 at CYN 3,999 that translates to Rs 40,000 for the 8GB RAM with a 128GB storage variant. Whereas the 12GB RAM with 256GB storage model is expected to be priced at CYN 4,499 that translates to Rs 45,000. It is confirmed that Oppo will be offering the phone in three colour options Aura Blue, Midnight Black and Sky White.

The official specifications of Oppo Reno 3 Pro are still unknown. But according to the teasers, the device is going to flaunt a dual punch-hole selfie camera set up that will be including a 44-megapixel ultra-clear main along with a 2-megapixel depth of field lens. The set up will be supporting a dual bokeh lens for a binocular bokeh effect that will be producing sharper edges and background gradients. Additionally, it will be supporting an ultra night selfie mode with AI noise reduction, face protection feature.

Until now the information related to the processor, battery and display is still unknown we will soon update you in our full story after Oppo Reno 3 gets officially launched.

Komila Singhhttp://www.gadgetbridge.com
Komila is one of the most spirited tech writers at Gadget Bridge. Always up for a new challenge, she is an expert at dissecting technology and getting to its core. She loves to tinker with new mobile phones, tablets and headphones.
Facebook
Twitter
WhatsApp
Linkedin
ReddIt
Email
Previous article
Samsung Galaxy A11 specification leaked on the web, to come with a 13-megapixel main camera and a 4000mAh battery
Next article
Huawei MediaPad M5 Lite 10 with 7,500mAh battery launched in India