The has already begun and will end on February 29 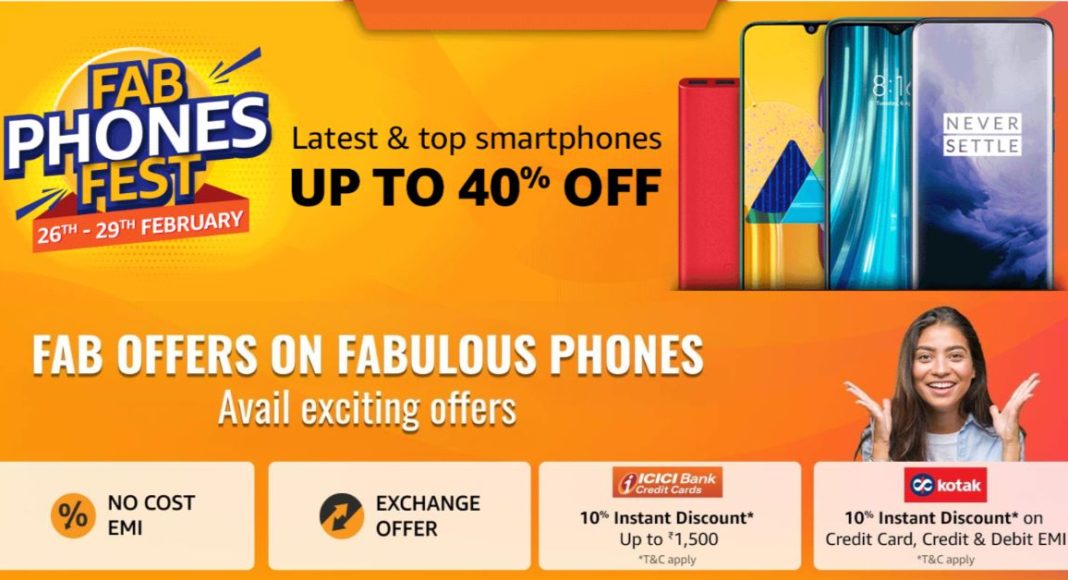 The e-commerce website Amazon is back with another new sale on its platform. The website will be hosting Amazon Fab Phones Fest to offer huge deals and offers on the smartphone from different brands. The shopping fest will begin from February 26th which is today and go on till February 29.

During the three days, shopping fest premium brands such as Samsung, Apple, OnePlus, Vivo, Oppo, Huawei, Xiaomi, Honor and more will be offering discounts and offers on their smartphones as well as accessories. Buyers can avail of No-cost EMI options and exciting exchange offers during this period. Customers making transactions using ICICI Bank Credit Cards & EMI and Kotak Mahindra Bank Credit Cards & EMI are eligible to get a 10 percent instant discount that is up to Rs 1500 of on the purchase of the smartphones. The online platform will also be offering the best deals on the latest mobile phones such as Redmi Note 8 and Redmi 8A dual.

The Amazon Fab Phones Fest is live now and the website will be offering up to 40 percent off on the latest and premium smartphones. Xiaomi’s  Redmi Note 8 series will be available with additional exchange offers up to Rs 1,000. The Pro model of the series is now available at Rs 13,999 down from Rs 16,999. Whereas the standard model which was earlier being sold at Rs 15,999 is now available at Rs 12,999. Both the phones come with no cost EMI offer up to 6 months. 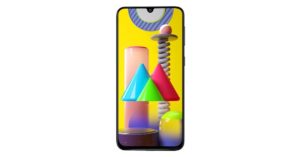 Now coming to Samsung which on Tuesday launched a new smartphone Samsung Galaxy M31 will also be available for purchase with a starting price of Rs 14,999. The device comes with a longer battery life as it hoses a massive 6000mAh battery. Also, the company will be offering other phones from its popular M series such as Galaxy M30s, M30 and M20 and many more. During the phone fest, you can now also pre-book the recently launched Samsung Galaxy S20+ and S20 Ultra on the respective website. On the pre-booking, you can now get the newly launched Galaxy Bud+ at Rs 1,999.

The Chinese premium smartphone brand OnePlus will also be offering its latest smartphones from its OnePlus 7 series. During the Amazon Fab Phones Fest, the company will be offering OnePlus 7 Pro at Rs 42,999 down from Rs 52,999. One the purchase of the smartphone there will be an extra  Rs 3000 off on the exchange of your old smartphones. If you are planning to buy a smartphone from this brand you can also check offers available on other devices such as OnePlus 7T and OnePlus 7T Pro.

Another one of the best premium smartphone makers Apple will also be offering the latest deals and discounts on its iPhone 11 series. You can now grab iPhone 11 Pro at Rs 96,900 during the shopping sale period which was launched at Rs 99,900. The buyers will be getting a Rs 3000 discount on the purchase of the smartphone.

Komila Singhhttp://www.gadgetbridge.com
Komila is one of the most spirited tech writers at Gadget Bridge. Always up for a new challenge, she is an expert at dissecting technology and getting to its core. She loves to tinker with new mobile phones, tablets and headphones.
Facebook
Twitter
WhatsApp
Linkedin
ReddIt
Email
Previous article
Comparison: Samsung Galaxy M31 VS Samsung Galaxy M30s VS Samsung Galaxy A51
Next article
Mi Dual-Driver In-Ear Earphones launched at Rs 799 in India