HomeMobilesPOCO scales up into top 5 online smartphone brands in India

POCO scales up into top 5 online smartphone brands in India

A strong and clear portfolio of smartphones helped POCO cruised through the year with a strong community voice going for it. 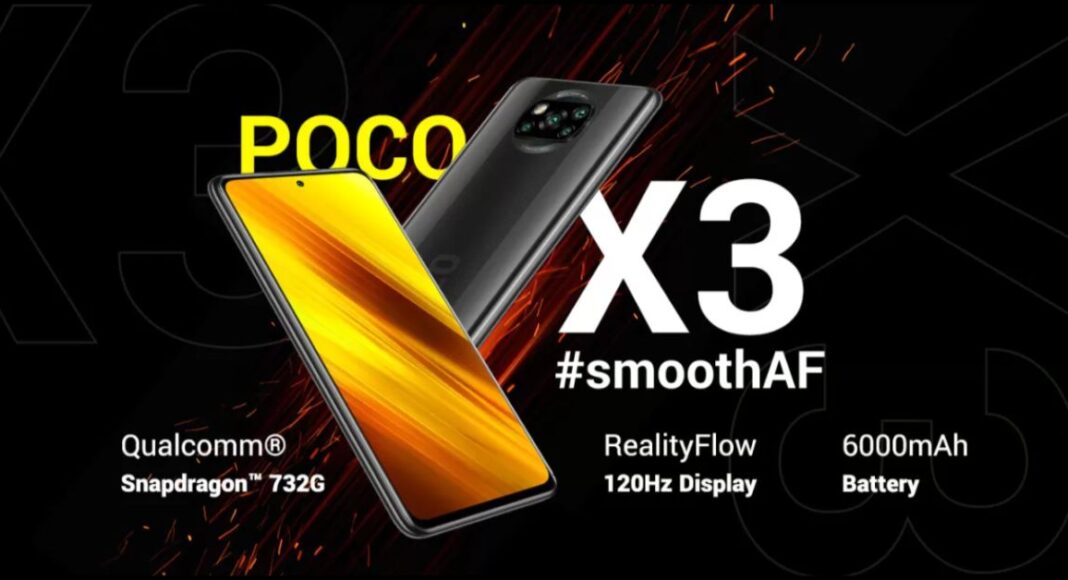 According to POCO, October 2020. This is a far better from its position in January, when the brand first announced its independence.

Moreover, a strong and clear portfolio of smartphones such as POCO X3, C3, M2 and M2 Pro meant POCO cruised through the year with a strong community voice going for it.

Earlier Poco X3 smartphone has been rolled out in India with Qualcomm Snapdragon 732G along with Adreno 618 GPU. This handset carries a quad-rear-camera setup and a selfie sensor fitted in a punch-hole display. Additionally, one gets a massive 6,000mAh battery along with 33W fast-charging support.

Mind you! One can opt for either Cobalt Blue or Shadow Grey colour. Poco X3 is available in three different configurations:

Powered by an Octa-core Qualcomm Snapdragon 732G processor along with Adreno 618 GPU for graphics, Poco X3 comes with nearly 8GB of LPDDR4X RAM and up to 128GB of UFS 2.1 storage. The handset carries a microSD card slot to further increase the capacity of the internal memory to up to 256GB. Poco X3 runs on Android 10 based MIUI 12 for Poco. The 67-inch full-HD+ display with 1,080×2,340 pixels of resolution screen is supported by a 120Hz refresh rate and is protected with a layer of Corning Gorilla Glass 5.

Talking about the camera specifications, the Poco X3 NFC includes a 64MP Sony IMX682 primary sensor with f/1.73 aperture, a 13MP ultra-wide-angle lens offering a 119-degree of Field of View with f/2.2 aperture, a 2MP depth sensor with f/2.4 aperture as well as a 2MP macro lens with f/2.4 aperture. On the front, the smartphone is fitted with a 20MP selfie snapper with f/2.2 aperture. As far as the battery is concerned, the newly launched phone carries a 6,000mAh battery that comes with 33W fast charging support. For connectivity, there is Wi-Fi, Bluetooth, 4G, GPS/ A-GPS, 3.5mm headphone jack, and a USB Type-C port.