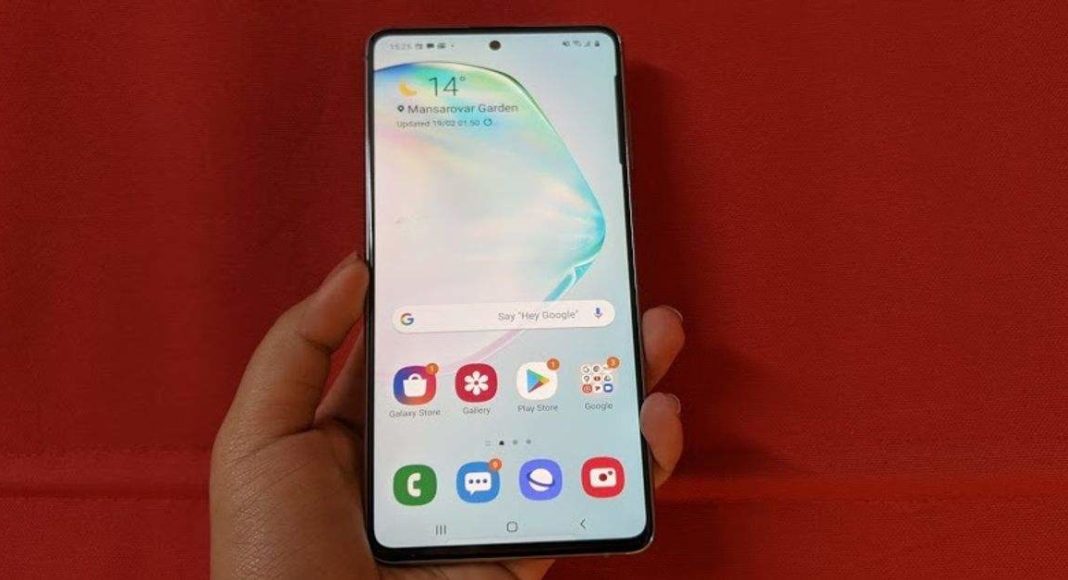 Samsung Galaxy Note 10 was launched in India last year. The device is the predecessor of the recently launched Galaxy Note 20 series followed by the launch the price of the Note 10 has been reduced by Rs 25,000 in India. This price drop is accessible through offline retailers only.

According to a report Samsung Galaxy Note 10 has received a price cut of Rs 25,000. The device is now retailing at Rs 45,000. This price cut is said to be available across all the offline stores in the country. Whereas on the company’s website the smartphone is listed for Rs 57,100 therefore down from Rs. 12,899. Notably, all the three-colour options Aura Black, Aura Glow, and Aura Red have received a price cut via offline channels whereas only Aura White and Aura Red options are available at a discounted price on the company’s website. To recall the device was introduced in India last year at Rs 69,999 for the 8GB RAM with a 256GB storage option.

Samsung Galaxy Note 10 comes with a 6.3-inch full-HD+ Infinity-O Display with a Dynamic AMOLED panel and 1080×2280 pixels pf resolution. The phone runs Android 9.0 Pie with the company’s One UI on top and is powered by octa-core Exynos 9825 SoC paired with 8GB of RAM with 8GB RAM with 256GB storage option. Also, there is an S Pen with a 6-axis sensor with a gyroscope and acceleration sensor.

Samsung Galaxy Note 10 features a triple rear camera setup that includes a 12-megapixel primary sensor that is joined by a wide-angle (77 degrees) lens with a variable aperture (f/1.5-f/2.4) as well as optical image stabilisation (OIS). The camera set up has a 16-megapixel secondary sensor with an ultra-wide-angle (123 degrees) lens and an f/2.2 aperture and a third 12-megapixel sensor with an f/2.1 telephoto lens (45 degrees) and OIS. On the front, there is a 10-megapixel autofocus camera with an f/2.2 aperture and an 80-degree field of view.

Komila Singhhttp://www.gadgetbridge.com
Komila is one of the most spirited tech writers at Gadget Bridge. Always up for a new challenge, she is an expert at dissecting technology and getting to its core. She loves to tinker with new mobile phones, tablets and headphones.
Facebook
Twitter
WhatsApp
Linkedin
ReddIt
Email
Previous article
LAUNCHED: Vivo V20 SE Aquamarine Green colour option now available in India
Next article
Rockstar Games confirms GTA 5 backwards compatibility on PS5 and Xbox Series S|X