The company’s CEO Madhav shared the image on Twitter 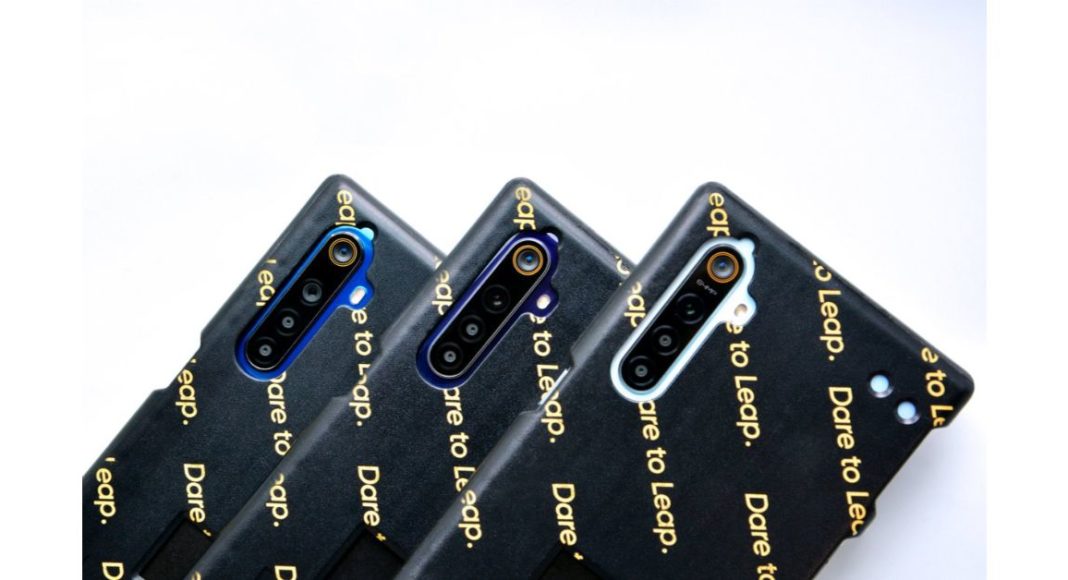 In Beijing, at a Global event, Xiaomi displayed its first 64MP smartphone imaging technology. Now Realme has teased its upcoming smartphone. This time the Chinese company has shared an image of the said device that reveals it’s back panel’s design that gives us a hint of how the new handset will look like. However, the company has only shared the image showcasing the back panel of the device that features four cameras set up, nothing else.

Realme India CEO Madhav Seth shared the exclusive image of the 64MP smartphone on the hid Twitter account even before the company officially showcased the upcoming camera. The image shared by him gives you an idea about how the new smartphone will look like. The handset is roofed in a back cover that does not reveal much about the blueprint of the smartphone.

In addition to this, it only discloses the camera set up. The 64MP smartphone will be featuring a quad-camera set up arrange vertically. On top, it shows a 64MP camera sensor, however, we did not get a glimpse of the rear fingerprint sensor. As we move on we can surely steal a look of the colour option the phone will be available in that can be seen clearly peeping out of the smartphone’s back cover. We can easily guess that the company will bring the handset in three colour variants in the shades of blue.

in the intervening time, the CEO also changed his Twitter handle’s name to Madhav ‘5’ Quad. The number 5 mentioned in the name hints that the upcoming 64MP smartphone will be identified as Realme 5 or it may be anticipated to be named as Realme 5 Pro. Moreover, the Quad in the name tipped off to be available with a quad-camera set up.

However, the company has by now confirmed that the quad-camera set up will feature a 64MP camera set up. The new smartphone will be equipped with Samsung’s ISOCELL Bright GW1 sensor that the South Korean company announced a few months ago (in the month of May) this year.

Samsung’s ISOCELL Bright GW1 sensor offers 64MP photos with a resolution of 9,248 x 6,936 pixels. That comes with the support for HDR of up to 100-decibels. The latest sensor ISOCELL Bright GW1 can click 64MP photos using Samsung’s Tetracell technology by merging four pixels into one. The latest sensor also employs a 0.8μm-sized pixel and it has the ability to capture more light with its large sensors.

Komila Singhhttp://www.gadgetbridge.com
Komila is one of the most spirited tech writers at Gadget Bridge. Always up for a new challenge, she is an expert at dissecting technology and getting to its core. She loves to tinker with new mobile phones, tablets and headphones.
Facebook
Twitter
WhatsApp
Linkedin
ReddIt
Email
Previous article
Samsung Launches Galaxy Tab A 8-inch in India that comes with Parental Control Features
Next article
Android mobile phones are prone to a threat that allows hackers to use their WIFI network to hack their devices