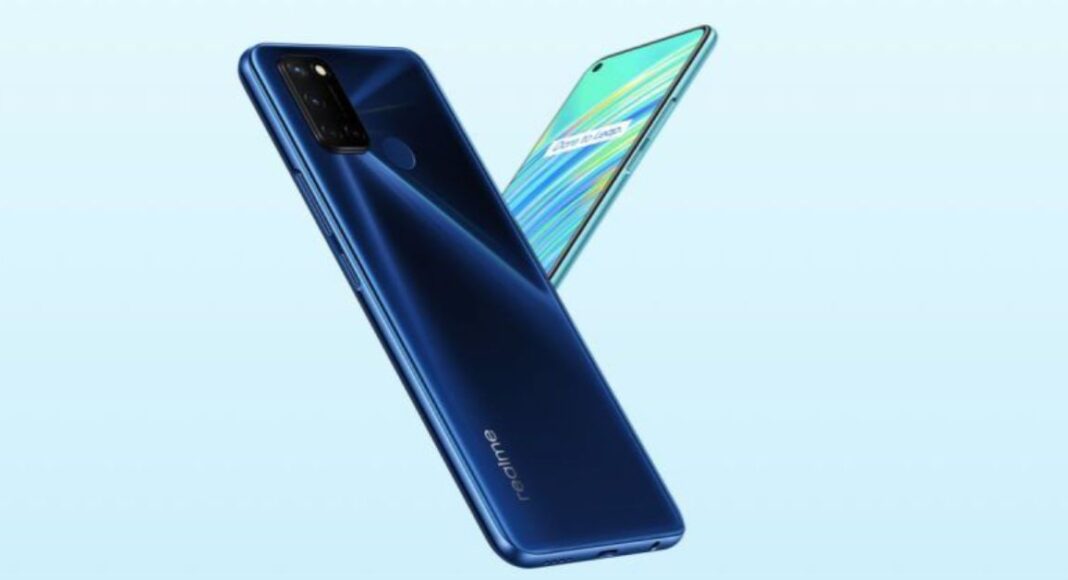 The Chinese smartphone company Realme is expected to be coming to India with a new smartphone. Realme C17 is likely to be getting launched in India later next month or in early December as suggested by a tipster. To recall the smartphone was launched in Bangladesh last month that includes a quad-camera setup on the back has slim bezels but a thick chin and a hole-punch cut out that includes a selfie camera with a high refresh rate panel and is powered by a Qualcomm Snapdragon octa-core processor.

As suggested by an Indian tipster Mukul Sharma Realme C17 India pricing is expected to be similar to what is being offered in Bangladesh. There the smartphone is available in a single 6GB of RAM with 128GB of storage priced at BDT 15,990 that translates to Rs 13,900. The mobile phone comes in two colour options Lake Green and Navy Blue. In addition to this last month, the smartphone was also spotted on Realme India’s support page, therefore, suggesting to launch in the country soon.

Realme C17 comes with a 6.5-inch HD+ display with 720×1,600 pixels of resolution. The device comes with a high refresh rate of 90Hz and offers a 90 percent screen to body ratio with Corning Gorilla Glass protection. The device runs on Realme UI on top of the Android 10 operating system. Under the hood, there is an octa-core Snapdragon 460 processor and Adreno 610 GPU. The smartphone is offered in a single 6GB of RAM with 128GB of storage.

Speaking of the connectivity, Realme C17 includes LTE, Wi-Fi, Bluetooth 5.0, GPS/ A-GPS, a 3.5mm audio jack, and a USB Type-C port. For sensors, there is an ambient light sensor, proximity sensor, magnetic induction sensor, accelerometer, in addition to a rear-mounted fingerprint scanner. The mobile phone is backed by a 5,000mAh battery with 18W fast charging support.

Komila Singhhttp://www.gadgetbridge.com
Komila is one of the most spirited tech writers at Gadget Bridge. Always up for a new challenge, she is an expert at dissecting technology and getting to its core. She loves to tinker with new mobile phones, tablets and headphones.
Facebook
Twitter
WhatsApp
Linkedin
ReddIt
Email
Previous article
TCL launched its first TCL TS3015 soundbar in India with a wireless subwoofer
Next article
Vivo TWS Neo true wireless earphones review: Ticks all the boxes