Realme X to come with an in-display fingerprint scanner 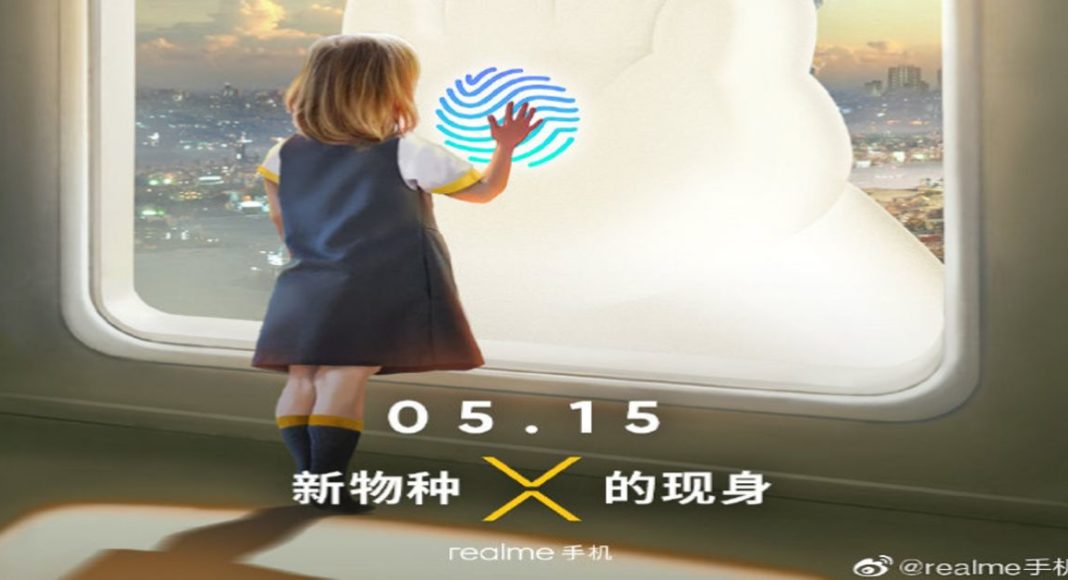 Chinese smartphone company Realme is set to launch its flagship device – Realme X – on May 15. Before its launch, the company has also released some new teasers of its upcoming device. The latest teaser of the smartphone shows that it will have an in-display fingerprint scanner. Other than that, the Realme X will also have 48MP Sony IMX586 sensor. There is still a week to go the handset’s launch but the company is teasing about the device day after day.

On its official Weibo account, Realme uploaded a poster which showcases that the device will come with an in-display fingerprint scanner. The poster also reveals that the scanner will be powered by DSP acceleration technology. The new technology makes it works faster and it is claimed to work well even under direct sunlight. This means that it will sport an optical fingerprint scanner. It will also have a pop-up selfie camera and will have a screen-to-body ratio of 91.6%.

Other than the flagship device, the company will also release a watered down version of the device – Realme X Lite. The Realme X Lite is also being called that Realme Youth Edition.

According to the recent TENAA listing, the Realme X runs Android Pie skinned with Color OS 6.0. It comes with a 6.5-inch Full HD+ (1080 x 2340 pixels) AMOLED display. On the listing, the Realme X is holding a model number RMX 1901. It will also reportedly powered by a 2.2GHz octa-core CPU (probably the Snapdragon 855 SoC). There will be 4GB of RAM and 64GB of internal storage as a base variant. It will reportedly pack a  3,680mAh battery.

On the camera front, the Realme X will pack a 48MP camera paired with a 5MP sensor. While at the front, there is a 16MP pop-up selfie camera.

Aman Singhhttps://www.gadgetbridge.com/
Aman Kumar Singh has a Masters in Journalism and Mass Communication. He is a journalist, a photographer, a writer, a gamer, a movie addict and has a love for reading (everything). It’s his love of reading that has brought him knowledge in various fields including technology and gadgets. Talking about which, he loves to tweak and play with gadgets, new and old. And when he finds time, if he finds time, he can be seen playing video games or taking a new gadget for a test run.
Facebook
Twitter
WhatsApp
Linkedin
ReddIt
Email
Previous articleGoogle CEO Sundar Pichai says that privacy is not a “luxury good”
Next articleAsus Zenfone 6 teasers confirm a 48MP camera, 5,000mAh battery and Snapdragon 855 SoC