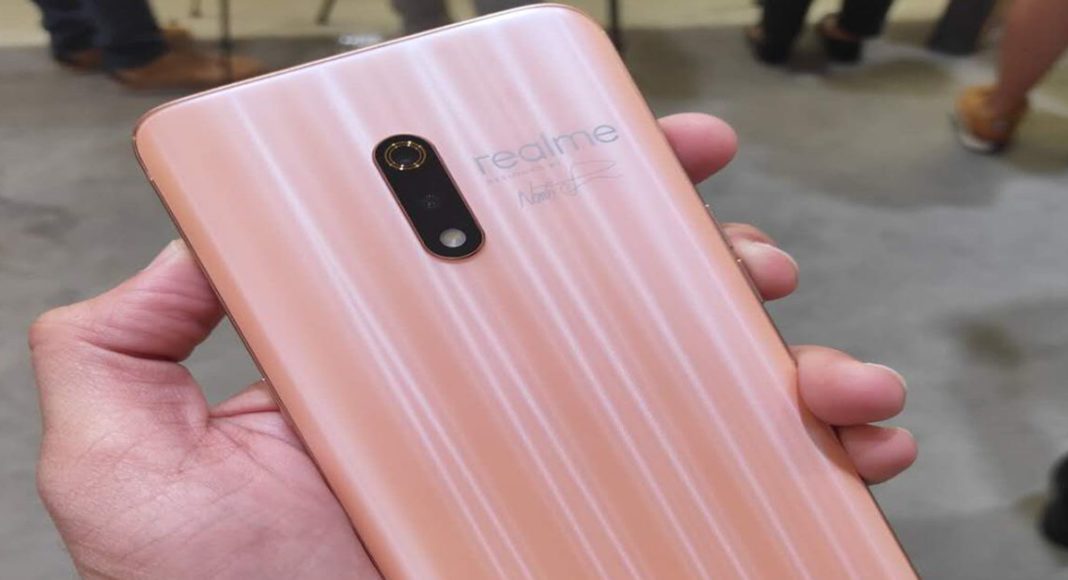 Although Chinese smartphone maker Realme has already launched the Realme X in China, but it is not available in India yet. The Realme X was launched earlier this week in China and it is powered by the Snapdragon 710 SoC. But now, the CEO of Realme India, Madhav Sheth has announced that the Realme X will be launching in India as well. However, he didn’t reveal the exact date of the launch or the venue. Other than the Realme X, another smartphone was launched alongside it, the Realme X Youth Edition which is just a rebranded version of Realme 3 Pro. The Realme X is the first smartphone from the company which features a pop-up selfie camera.

Realme X is about to go on sale in China from May 20 onwards and its India launch is imminent. The device is expected to come to the Indian markets in the coming weeks.

The Realme X sports a 6.53-inch Full HD+ (1080 x 2340 pixels) AMOLED screen with an aspect ratio of 19.5:9 and Gorilla Glass 5 protection on top. The smartphone is powered by an octa-core Snapdragon 710 SoC paired with 4GB/ 6GB/8GB of RAM. The Realme X runs Android 9 Pie out of the box skinned with ColorOS 6. The handset houses a 3,765mAh battery with VOOC 3.0 fast charging support.

With Sky Li our global CEO and the amazing team! That marks the start of our journey in China. #RealmeX is coming soon to India 🙂 #PopupCamera #48MP pic.twitter.com/uWdk19itvb

Aman Singhhttps://www.gadgetbridge.com/
Aman Kumar Singh has a Masters in Journalism and Mass Communication. He is a journalist, a photographer, a writer, a gamer, a movie addict and has a love for reading (everything). It’s his love of reading that has brought him knowledge in various fields including technology and gadgets. Talking about which, he loves to tweak and play with gadgets, new and old. And when he finds time, if he finds time, he can be seen playing video games or taking a new gadget for a test run.
Facebook
Twitter
WhatsApp
Linkedin
ReddIt
Email
Previous article
1MORE True Wireless Earbuds with Bluetooth 5.0 and 7mm drivers launched in India: Price and specifications
Next article
Redmi Note 7S with 48MP camera to launch in India on May 20