Realme X2 and Buds Air to launch in India today: How to watch the Livestream details

The launch event will begin at 12.30 noon onwards 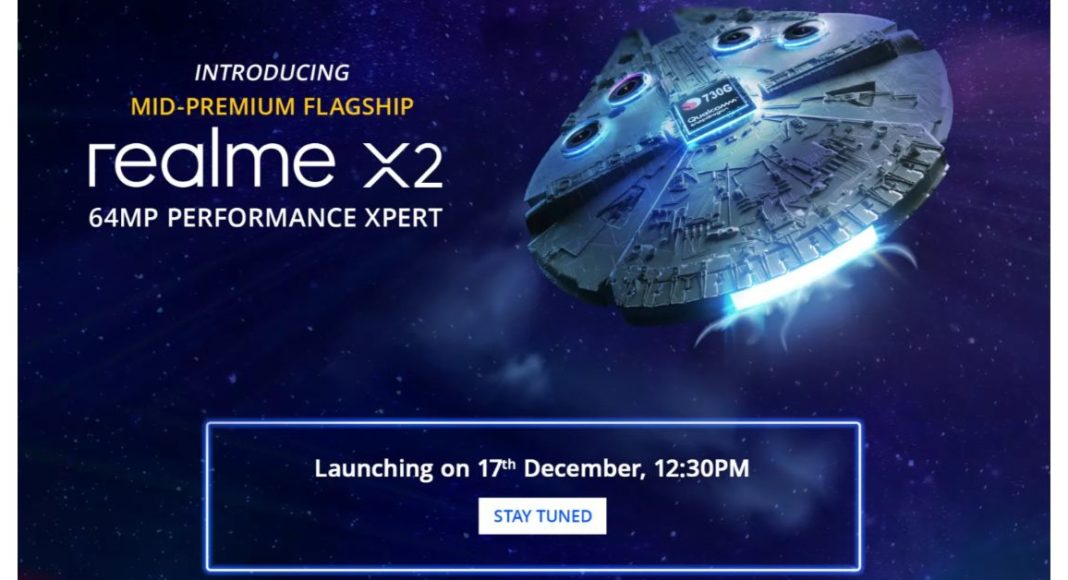 Today, Realme is all set to launch another smartphone in India. The company is bringing Realme X2 to the country today. Prior to its launch in India, the company introduced the phone in its home market China a few months ago in September. Today the phone will officially launch in the country at 12.30 noon. Alongside this, the company will be introducing Realme Buds Air for the first time in India. The mobile device will make its Indian debut under the mid-range segment that will be powered by Snapdragon 730G SoC and 30W fast charging technology. Read on to know how to watch the event live.

Today Realme will launch Realme X2 as well as Realme Buds Air at the same event in India. The launch event will begin at 12.30 noon onwards. Those who are unable to attend the launch event can watch the event live on the company’s YouTube channel. You can also watch it live here on our website as we have embedded the link below:

Realme Buds Air will also make its global debut today so the company has not revealed much about the device especially details related to the pricing. From today 2 PM onwards the company will be hosting an early Hate to Wait sale via e-commerce website Flipkart. As for the pricing details, we must wait till the company officially launches the wireless earbuds today.

The Indian variant if Realme X2 is likely to come with similar specifications as of the Chinese variant. The phone will run on Android pie based ColorOS 6. The phone will be powered by Qualcomm Snapdragon 730G with up to 8GB of RAM and 128GB of internal storage. The smartphone will be featuring a 6.4-inch full-HD+ sAMOLED display with 1,080×2,340 pixels and a 19.5:9 aspect ratio with an in-display fingerprint sensor with Corning Gorilla Glass 5 protection. The phone includes a 4,000mAh battery supported by 30W VOOC 4.0 Flash Charge technology.

In terms of camera capabilities, Realme X2 will come with a quad rear camera set up that includes a 64-megapixel primary sensor, an 8-megapixel wide-angle lens offering 119 degrees of field view along with twin 2-megapixel depth sensor for portraits and macro lens.  On the front, there is a 32-megapixel selfie camera.

As for the connectivity, there is 4G LTE, Wi-Fi 802.11ac, Bluetooth v5.0, GPS/ A-GPS, NFC, USB Type-C along with a 3.5mm headphone jack. The sensors on the phone include an accelerometer, ambient light, gyroscope, magnetometer and a proximity sensor.

Komila Singhhttp://www.gadgetbridge.com
Komila is one of the most spirited tech writers at Gadget Bridge. Always up for a new challenge, she is an expert at dissecting technology and getting to its core. She loves to tinker with new mobile phones, tablets and headphones.
Facebook
Twitter
WhatsApp
Linkedin
ReddIt
Email
Previous article
Vivo V17 first sale to begin in India today via Amazon Flipkart and Vivo India e-Store
Next article
Realme X2 with Qualcomm Snapdragon 730G SoC and Realme Buds Air launched in India