Realme X2 Pro and Realme 5s with a quad rear camera set up to launch in India today: Details and Tech Specs 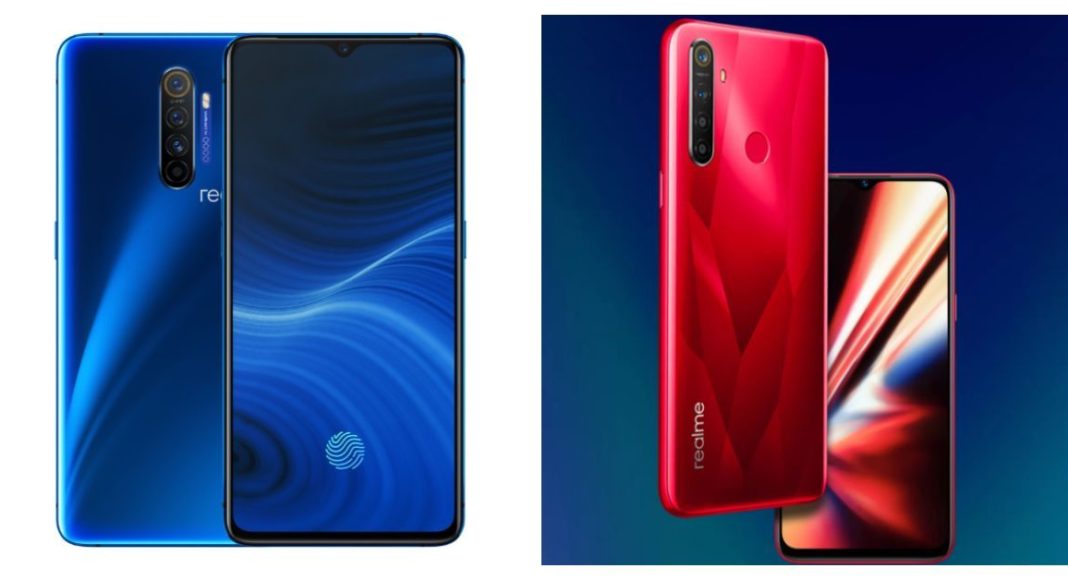 After a short break, the Chinese smartphone company Realme is all set to introduce two new smartphones in India. Few months ago, Realme at the launch event of Realme XT promised its fans that it will be bringing Realme X2 Pro in India in the month of December. As promised the company today will unveil the smartphone even before its promised time along with Realme 5s.

Prior to its launch in the country, Realme X2 Pro already made a debut in the Chinese market so we already have a fair idea of what its specifications would be. The key highlights include a quad rear camera set up with a 64-megapixel primary sensor, Snapdragon 855+ chipset, 90Hz Fluid Display and supported by 50W Super VOOC fast charging technology. While Realme 5s, which will be introduced at the same event will also come with a quad-camera set up including a 48-megapixel primary sensor along with a 5,000mAh battery.

Realme will begin the launch event of Realme X2 Pro and Realme 5s in India at 12:30 PM today. The launch event is being hosted in the national capital and will also be live-streamed on the official Realme YouTube channel. So if you do not want the miss the live action then you can watch it live here on our website, we have embedded the live stream link below for you:

Realme 5s is the upgraded version of Realme 5 Pro so it could carry similar pricing. Realme 5 Pro was launched in three variants, the 4GB RAM variant carries a price tag of Rs 13,999 while the 6GB and 8GB variant is priced at Rs 14,999 and 16,999 respectively. Both the phone models will be available for purchase via the e-commerce website Flipkart and Realme.com.

Realme X2 Pro will come with a 6.5-inch full-HD+ super AMOLED Fluid display offering 1,080×2,400 pixels of resolution with 20:9 aspect ratio, 90Hz refresh rate, DC dimming 2.0 technology support, along with Corning Gorilla Glass 5 protection. It runs Android 9 Pie with ColorOS 6.1 on top and powered by Qualcomm Snapdragon 855+ processor coupled with up to 12GB of Ram and 256GB of internal storage. Realme X2 Pro houses a 4,000mAh battery supported by a 50W SuperVOOC Flash Charge technology. That is claimed to fully charge the smartphone from 0-100% in 33 minutes.

In terms of camera capabilities, Realme X2 Pro features a quad-camera set up including a 64-megapixel primary sensor. Assisted by a 13-megapixel secondary sensor, 8-megapixel wide-angle lens and a 2-megapixel depth sensor. While on the front there is a 16-megapixel selfie camera.

Realme 5s will debut for the first time in India as a global first, so as far specifications are concerned the company did not reveal them officially. The reports and leaks suggest that the phone is expected to feature a 6.51-inch HD display with a waterdrop-style notch. As per Flipkart’s listing, the device will be powered by the Snapdragon 665 processor. The handset will be housing a huge 5,000mAh battery. The teaser page also revealed that Realme 5s will come with a quad rear camera set up along with a 48-megapixel primary sensor and a rear fingerprint sensor.

Komila Singhhttp://www.gadgetbridge.com
Komila is one of the most spirited tech writers at Gadget Bridge. Always up for a new challenge, she is an expert at dissecting technology and getting to its core. She loves to tinker with new mobile phones, tablets and headphones.
Facebook
Twitter
WhatsApp
Linkedin
ReddIt
Email
Previous articleValve has confirmed a new version of Half Life is coming, fans rejoice
Next articleXiaomi might soon launch a 29-inch curved gaming monitor