Redmi 10 India launch to take place today: How to watch it live

The device is said to be a rebranded variant of Redmi 10C. 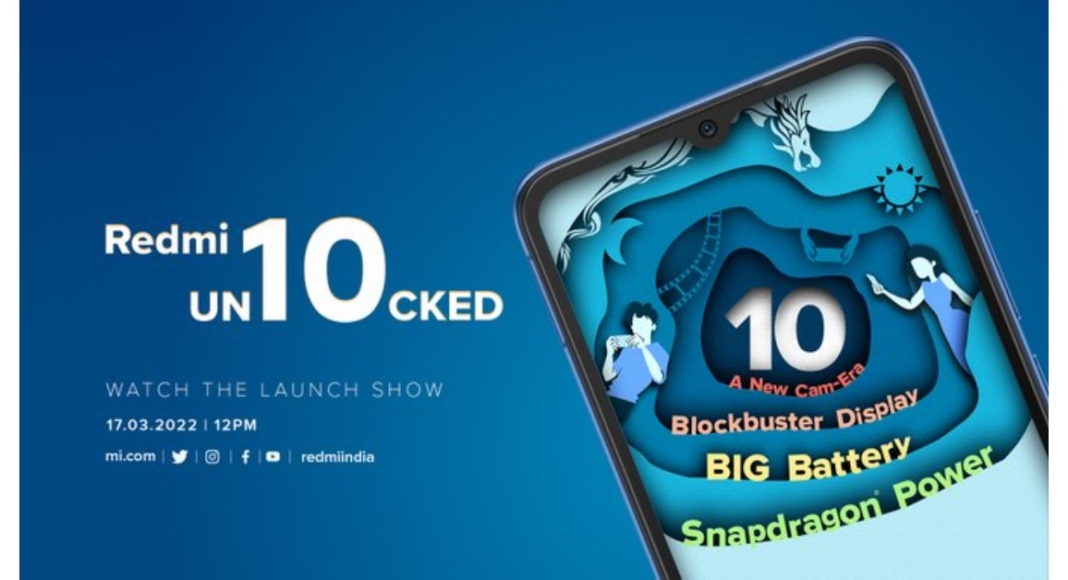 Xiaomi, the Chinese smartphone maker, will announce a new smartphone today under its sub-brand Redmi. The business will hold a launch event to unveil the Redmi 10 budget smartphone. The upcoming smartphone is likely to include a dual rear camera set up featuring a 50MP sensor. The smartphone is expected to be a rebranded variant of Redmi 10C which was launched in Nigeria recently. Continue reading to learn more about the launch information, characteristics, and expected cost.

How to watch the launch event live

The launch of Redmi 10 will begin at 12 noon today. The company will be hosting a virtual event that will be live-streamed via the company’s official YouTube channel and social media platforms. We’ve linked a live link to the event below so you can watch it live.

To tease the Redmi 10’s arrival in the country, a separate microsite has been built. The Indian variation is thought to differ from the worldwide version, which was published last year. As previously stated, the phone was also refreshed last month with a new look.

The Redmi 10 will sport a water drop-style display notch in India, according to the website. This is in contrast to the original, as well as the one launched last month, which had a hole-punch display design.

Aside from that, the Redmi 10 will be powered by a Snapdragon SoC manufactured on a 6nm process.

The phone is also said to include a dual back camera setup with a 50-megapixel primary sensor. Furthermore, the Redmi 10 is reported to offer a larger battery, more storage, and faster-charging capabilities. The phone also appears to have a fingerprint sensor on the back.

As we said before the upcoming handset is likely to be a rebranded variant of Redmi 10C. The Redmi 10C is powered by a Snapdragon 680 SoC with 4GB of RAM and up to 128GB of internal storage. The device has a 6.71-inch screen with a waterdrop notch.

The square-shaped camera module on the Redmi 10C has twin rear camera sensors, an LED flash, and a fingerprint sensor. It will most likely have the main sensor with a resolution of 50 megapixels.

Komila Singhhttp://www.gadgetbridge.com
Komila is one of the most spirited tech writers at Gadget Bridge. Always up for a new challenge, she is an expert at dissecting technology and getting to its core. She loves to tinker with new mobile phones, tablets and headphones.
Facebook
Twitter
WhatsApp
Linkedin
ReddIt
Email
Previous article
What Is Reddit Karma And The 5 Best Ways To Earn It Quickly?
Next article
Samsung Galaxy A Event today: Next mid-range phone lineup expected