HomeMobilesRedmi smartphone with 64MP camera teased with a camera sample

Redmi smartphone with 64MP camera teased with a camera sample

Chinese smartphone manufacturer Xiaomi recently launched its K series smartphones in India with Remi K20 and Redmi K20 Pro. Both the smartphones feature a triple rear camera setup that consists of 48MP Sony IMX586 sensors. After launching the 48MP camera smartphone, the company is now reported to be planning to launch a new device that will feature a 64MP camera.

Today, Xiaomi has teased an image on its official Weibo account that hints at the arrival of the world’s first 64MPcamera smartphone. This will leave behind the present 48MP camera devices across the world. The leaked image shows the camera sample that reads Redmi’s first 64UU megapixel photo. While teasing the development of the 64MP camera, the picture also says that the mobile phone winds into the 64 million era.

The new upcoming smartphone by Xiaomi is speculated to feature a 64MP ISOCELL Bright GW1 camera sensor. A few months back in May this year, Samsung also revealed that its upcoming device will sport a 64MP sensor. The 64MP ISOCELL Bright GW1 camera sensor comes with 0.8 microns of pixel size that is claimed to capture 16MP resolution images under low-light conditions. These images will be clicked using Samsung’s Tetracell technology which is capable to merge four pixels into one. 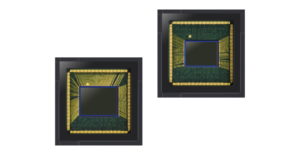 As we mentioned earlier, Redmi is not the only smartphone company to be working on a 64MP camera smartphone. Samsung is also speculated to introduce the 64MP camera sensor in its upcoming Galaxy A-series smartphones. Oppo is also in the queue to reveal its 64MP camera handset that will be powered by Samsung’s ISOCELL GW1 sensor. Oppo is planning to launch the handset at the end of 2019. Realme India CEO, Madhav Seth also flaunted a 64MP camera sample, so a device with the sensor is expected from the company too.

Komila Singhhttp://www.gadgetbridge.com
Komila is a one of the most spirited tech writers at Gadget Bridge. Always up for a new challenge, she is an expert at dissecting technology and getting to its core. She loves to tinker with new mobile phones, tablets and headphones.
Facebook
Twitter
WhatsApp
Linkedin
ReddIt
Email
Previous articleAmazon Prime Day Sale: Camera gear worth Rs 9 lakh sold for Rs 6,500 by mistake
Next articleXiaomi grabs a spot on the Fortune Global 500 List: Key details

0
Earlier last month Samsung introduced the Galaxy A32 in the Indian market. The device is available in 2 variants -- 5G and 4G. The...

Siri revealed the details about the company’s upcoming event which turns...

Sony is planning to introduce PlayStation Now in India: Features and...