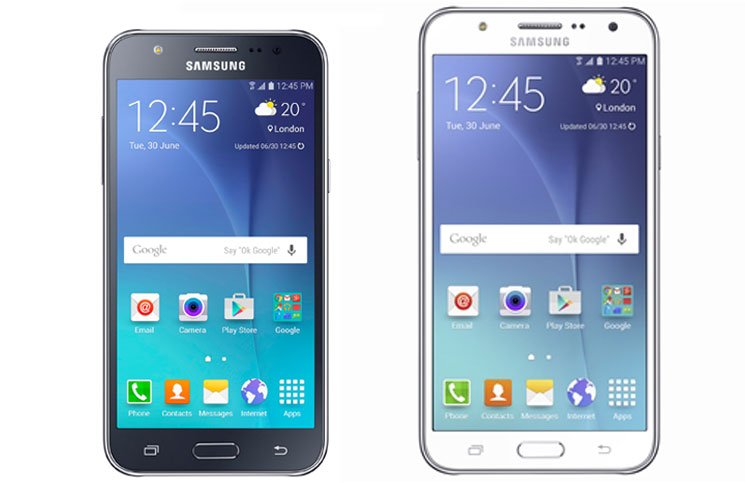 Just when the world is waking up to the news of upcoming flagship devices from the Korean company in the form of Samsung Galaxy S6 Edge plus and Galaxy Note 5, Samsung India has gone ahead and launched two new mid segment phones called Samsung Galaxy J7 and J5.

These two options thicken the pot of 4G enabled smartphones that Samsung has to offer to its Indian consumers. Talking about the tech specs, both the smartphones sport a 5 MP front camera with LED flash and 13 MP auto focus rear cameras. The Samsung Galaxy J7 sports a 5.5-inch display, while the Galaxy J5 has a 5-inch one. Ultra power saving mode comes to both the phone to keep them alive for longer when running out of battery.

Samsung insists that these phones are built for the gaming audiences who can play multiplayer games on them with ease, using 4G networks. They have tied up with Gameloft who are giving a credit of Rs 3,200 to the buyers. The users can redeem the money for in-game purchases etc.

The price of the Samsung Galaxy J7 has been kept at Rs 14,999 and the Galaxy J5 can be picked up for Rs 11,999, exclusively on Flipkart. Airtel has also partnered with Samsung for these phones and one can avail Wynk song service free for 6 months. On top of that, 4G double data support is available too at no additional costs.  Seems like, Samsung got the price point and add-on stuff right this time.

Sulabh Purihttp://www.gadgetbridge.com
Sulabh Puri is the Editor In Chief of GadgetBridge.com. A content specialist, he started his career young and it has been a rewarding 15 years for him. Before heading Gadget Bridge, he was the Editor of Times of India (TOI) Technology and GadgetsNow.com. He has also led TOI’s international edit arm as the Editorial Head of Business Insider India and Tech Radar India. He has also worked with various media houses such as the India Today Group and Cybermedia. He loves everything ‘gadgety’ and enjoys tinkering with new tech toys and automobiles. A graduate in commerce from Delhi University, he is also an adept graphic designer. When he is not working, he can be found in the kitchen, cooking mouth-watering chocolate cakes and croissants.
Facebook
Twitter
WhatsApp
Linkedin
ReddIt
Email
Previous article
HTC Desire 820G+ mid-segment Android smartphone launched for Rs 19,900
Next article
Samsung Galaxy J7 First Look And Hands On (Video)