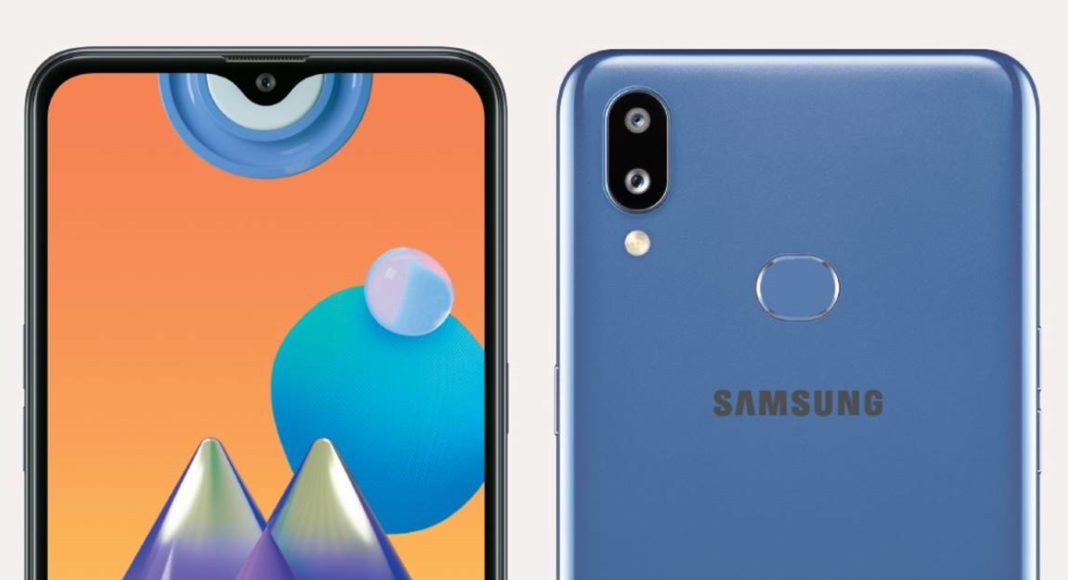 Samsung has now announced the launch of Galaxy M01s under its widely popular Galaxy M series. The new Galaxy M01s smartphone is being offered for Rs 9,999 and comes in two stylish glossy colours – Light Blue and Grey.

As far as specifications are concerned, Samsung Galaxy M01s smartphone sports a 6.2-inch HD+TFT, Infinity-V display which provides a truly immersive viewing experience through maximized screen size, making it ideal for watching videos, multi-tasking, browsing and more. At 7.8mm, the Galaxy M01s has one of the sleekest designs in the segment.

On the camera front, Samsung revealed that its newly-launched Galaxy M01s comes with a 13/2 MP dual rear camera for taking bright and clear photos. The dual camera and Live Focus feature allow the Galaxy MO1s handset to add creative flair and a dash of fun to your photos. Samsung Galaxy M01s smartphone also comes with a range of flattering filters and stamps to give you more ways to express yourself. However, Samsung Galaxy M01s is fitted with an 8MP front-facing camera for selfie lovers.

In addition, Samsung Galaxy M01s device comes with One UI Core, a powerful 4000mAh battery along with an expandable storage of up to 512GB via Micro SD card. The Galaxy M01s smartphone come with Dolby Atmos technology that gives a surround sound experience for users and also has the Samsung Health app pre-installed so that one can monitor their health 24/7.

Mind you! Samsung has notified that its M01s smartphone is available across Samsung’s offline retail stores, Samsung.com and other major e-commerce portals.

Last month, Samsung had announced the launch of the Galaxy A21s, its most affordable Galaxy A smartphone of 2020. Built to deliver meaningful innovations and an awesome mobile experience for everyone, the Galaxy A21s is packed with enhanced features – a true 48MP quad camera, an Infinity-O display that gives an immersive visual experience and a long-lasting battery. The Galaxy A21s comes with the promise of trust and quality of Samsung at attractive price. Samsung Galaxy A21s will be available in 4/64 and 6/64GB variants and will be priced at Rs 16499 and Rs 18499, respectively. It comes in black, white and blue colours.