Both the devices runs on One UI 2.0 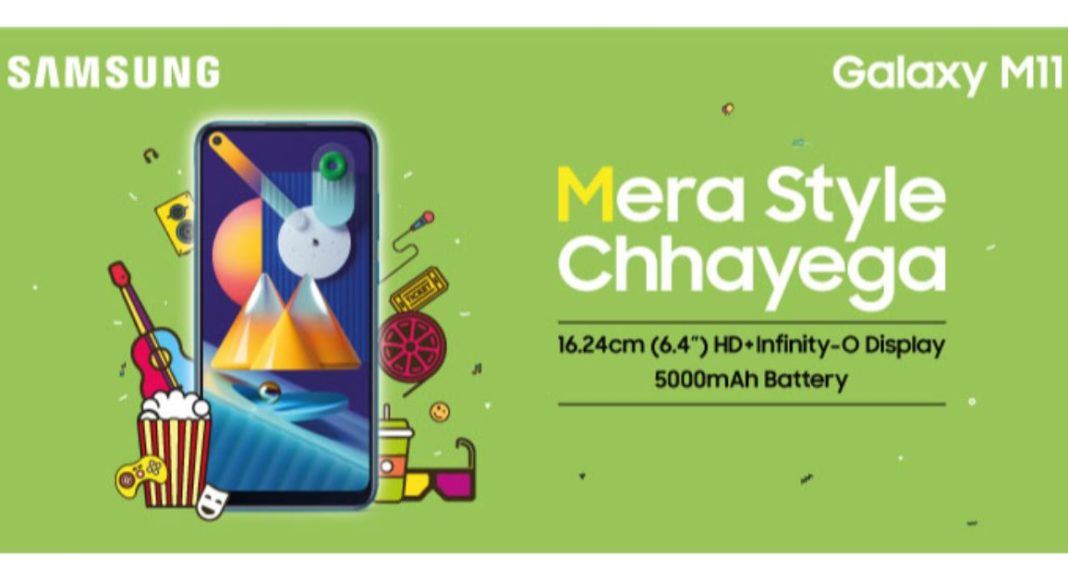 Samsung’s M series is expanding. The South Korean smartphone company today announced the launch of its two new smartphones is the series namely Samsung Galaxy M11 and Galaxy M01 in India. While the M11 is the successor to last year’s  Galaxy M10 smartphone, M01 has made its first debut in the company’s most successful series. Both the smartphones have been launched under the budget segment that runs on One UI based on Android 10 and is supported by Dolby Atmos.

Samsung Galaxy M11 has been launched in two variants 3GB RAM with 32GB storage option at Rs 10,999 whereas the  4GB RAM with 64GB storage model has been priced at Rs 12,999. It will be available in Black, Metallic Blue, and Violet colour options.

Samsung Galaxy M01 will be offered in a single 3GB RAM with 32GB storage option with a price tag of Rs 8,999. It will be available in three colour options  Black, Blue, and Red. Both the devices will be up for sale in the country via all the leading e-commerce websites that also includes Amazon, Flipkart and Samsung India eStore starting 3 PM onwards. The mobile phones will also be available via offline retailers also.

Samsung Galaxy M11 features a 6.4-inch HD+ Infinity-O Display with 720×1560 pixels of resolution and 19.5:9 aspect ratio. The device runs on  One UI 2.0 on top of Android 10 and is powered by an octa-core Qualcomm Snapdragon 450 processor paired with up to  4GB RAM and up to 64GB of storage. The internal storage is expandable via microSD card up to 512GB.

For photos, there is a triple rear camera set up that comprises a 13-megapixel primary sensor with f/1.8 aperture, a  5-megapixel ultra-wide-angle lens and a  2-megapixel depth sensor with f/2.4 aperture. On the front, it sports an  8-megapixel selfie camera with  f/2.0 aperture. 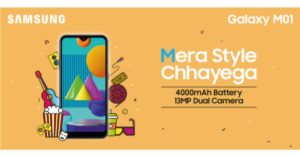 Samsung Galaxy M01 comes with a 5.71-inch HD+ TFT Infinity-V Display with 720×1560 pixels of resolution and a 19.5:9 aspect ratio. The smartphone runs on One UI 2.0 based on top of Android 10. The mobile phone is powered by an octa-core Qualcomm Snapdragon 439 chipset coupled with a 3GB RAM with 32GB storage which can be expanded up to 512GB using a microSD card.

On the camera front, Galaxy M01 comes with a dual rear camera set up that includes a 13-megapixel primary sensor with an f/2.2 aperture and a secondary 2-megapixel sensor with  f/2.4  aperture. For selfie, the smartphone features a 5-megapixel front-facing camera with f/2.2 aperture. In terms of connectivity, there is a 4G VoLTE, Wi-Fi, Bluetooth, GPS/ A-GPS, FM radio, Micro-USB, and a 3.5mm audio jack. It packs a 4,000mAh battery which does not support fast charging tech.

Komila Singhhttp://www.gadgetbridge.com
Komila is one of the most spirited tech writers at Gadget Bridge. Always up for a new challenge, she is an expert at dissecting technology and getting to its core. She loves to tinker with new mobile phones, tablets and headphones.
Facebook
Twitter
WhatsApp
Linkedin
ReddIt
Email
Previous article
How to enable Touch ID to secure your iPhone and iPad: Tutorial
Next article
Valorant 1.0 launched: Here’s everything gamers must know