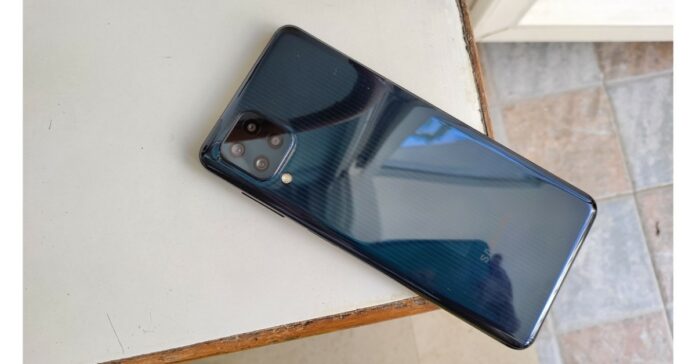 It has been quite a long time since we are using Samsung Galaxy M32. The device is the company’s best mid-ranger, competing with the Redmi Note 10 series, among others. It is the successor to the Galaxy M31, which was a popular mid-range device in the company’s lineup.  So here we have the Samsung Galaxy M32 review, let’s look at what we liked best about the phone and see if it’s worth the money.

When we held the Samsung Galaxy M32 in our hands, the first thing that came to mind is how light it is. This does, however, include a large 6,000mAh battery. Despite this, the phone has a small body, and we didn’t feel like we were holding a bulky device while examining it.

The back panel is glossy, which also tends to attract fingerprints and smudges, so keep a cleaning cloth handy. The top left corner houses a quadruple rear camera, and the side frames are curved, causing the phone to be more comfortable to hold. Plastic is used for the frame and back. 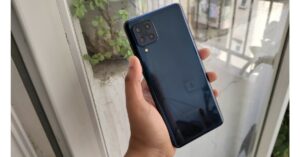 The power button is integrated with a fingerprint sensor on the right side intended for small to medium-sized hands. There is a volume rocker a little above it, and a SIM tray on the left side that facilitates two nano-SIM as well as a microSD card. A 3.5mm headphone jack, a USB Type- C port, and a bottom-firing speaker are placed on the bottom part. 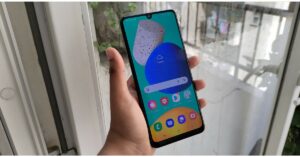 The Samsung Galaxy M32 features a waterdrop style 6.4-inch full-HD+ Super AMOLED display. At a refresh rate of 90Hz, the screen can produce up to 800 nits of brightness. In addition to this, Corning Gorilla Glass 5 protects the display from scratches and breakage. 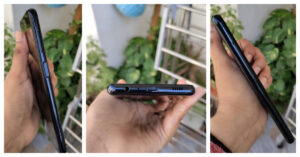 We must state that the display is intended for binge-watchers due to its superior quality. The colours are both vibrant and vivid. The contrast level is also very good. It’s a fantastic viewing experience on this smartphone.

The screen feels smooth while navigating thanks to the 90Hz refresh rate support. Despite the lack of DC dimming, the brightness level is adequate for both indoor and outdoor use. We had no problems with the touch response as well.

In terms of performance, the Galaxy M32 is equipped with an octa-core MediaTek Helio G80 SoC, up to 6GB of RAM, and 128GB of storage.  Many of you are probably unaware that Samsung has installed a similar chipset in the much cheaper Galaxy A32. So, even before reviewing the phone, we concluded that it would not live up to our expectations, but this phone proved us wrong, albeit not as well as its competitors. The device isn’t all that bad, and it’s been our primary phone for quite some time.

When we say it’s not as good as its rivals, we mean Samsung Galaxy M32 takes slightly longer to load apps and occasionally stutters when multitasking. Because of the eMMC storage, the read and write speeds are slower than others. Unlike its competitors, the device does not support UFS 2.1, which is significantly faster. This is why installing and opening apps on the Galaxy M32 takes longer. But that does not hinder day to day tasks.

These issues, however, are more noticeable, especially when playing games. The graphics demanding games do not deliver fluid gameplay even when played on the lowest settings, but this can be overlooked because the chipset powering the phone could not handle GPU intensive games. But Call of Duty Mobile was playable at medium graphics and a high frame rate, which is a very good thing. 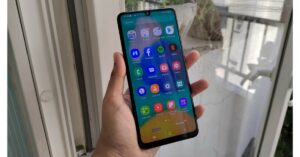 We have no complaints about the software, as the interface is clean and fluid, and the fingerprint scanner unlocks the device quickly. The dark mode is also well optimised, and we saw no overheating issues. The quarterly security updates for up to four years, as well as the two years of Android upgrades, are both a welcome relief.

For the optics, the Samsung Galaxy M32 features a quadruple rear camera setup that includes a 64-megapixel primary camera with an f/1.8 aperture, an 8-megapixel ultra-wide-angle lens with 123 degrees of FoV, a 2-megapixel macro sensor, and a 2-megapixel depth sensor. For taking selfies, there is a 20-megapixel front-facing camera. 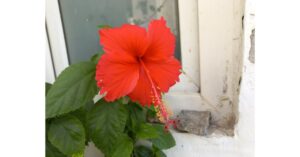 The phone’s cameras have been wonderfully optimised. The photos look much more natural, with vibrant colours and brightness. In most instances, the highlights are precise and the exposure is not messy. The focus is also extremely good.

In terms of portraits, the subject and background separation also seems natural. The skin tone and background colours appear to be more dynamic. The 8MP ultrawide shots, on the other hand, provide a wide perspective, resulting in images that become average and yet lack detail when zoomed in.

Even after skin optimisation, the skin tone looks natural in selfies. The edge detection and details are flawless, and we had no complaints about the front camera as well.

The images at night show the opposite. The photographs look a bit bland, are less vibrant, and the night mode is not great (when compared to other Samsung phones) but there is a little distinction to be made.

In terms of videography, Samsung Galaxy M32 only supports 1080p @ 30fps videos and does not support 1080p @ 60fps or 4K resolution. As a result, the videos seem to be wobbly due to the lack of video stabilisation. To compensate, the ultra-wide recordings in 1080p @ 30fps are much more steady.

The Samsung Galaxy M32 has a 6,000mAh battery for long-lasting power. When used extensively, the phone lasts about a day and a half, whereas when used moderately the battery life could last for roughly two days or even more.

The company has included a 15W charger with the Samsung Galaxy M32, which takes a long time to charge. It would have been nicer if the company had included a 25W fast charger, which would save more time since this device supports 25W charging by default.

Heavy users, such as ourselves, and gamers, should look elsewhere because the device is not capable of multitasking or gaming. However, if you are a typical user who does not enjoy gaming, but does enjoy watching movies and videos, and wants a phone with long battery life, the Samsung Galaxy M32 is a great option at the price point of Rs 12,999.

Komila Singh - Jun 27, 2022 0
The introduction of the OnePlus Nord 2T 5G in India will occur shortly. The brand has not yet formally confirmed the date but the...

Best and easiest ways to Get Night Mode on iPhone SE 2022?

You can now access Gmail messages offline. Here’s how to go about it

Garena Free Fire Redeem Codes Today 27 June 2022: Here is how to claim them

- Advertisment -
Samsung Galaxy M32 (long term) Review: Suitable for watching videosIt has been quite a long time since we are using Samsung Galaxy M32. The device is the company's best mid-ranger, competing with the Redmi Note 10 series, among others. It is the successor to the Galaxy M31, which was a popular mid-range device...

Gadget Bridge Studio - Jun 27, 2022 0
Google has always impressed us with the improved security in the upgraded versions of Android smartphones and tablets. So now, no more intruders can...