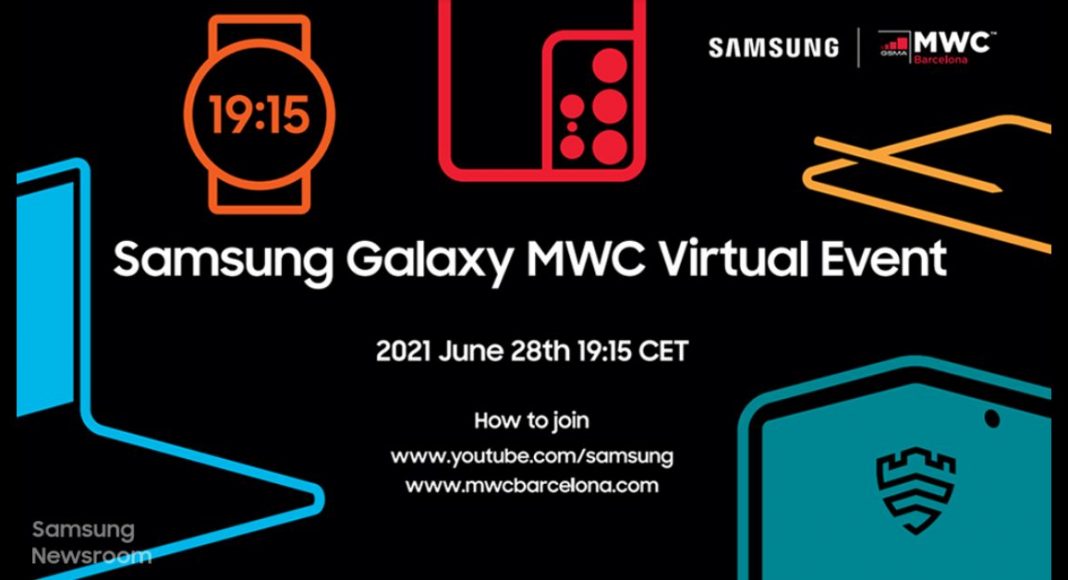 The South Korean electronics giant, Samsung, has officially announced that it will host the Samsung Galaxy MWC Virtual Event on June 28. The company has less openness about the Mobile World Congress event, but the firm is expected to showcase its upcoming device at the tech event. It is likely to introduce its next iteration of foldable devices along with Galaxy smartwatches at the MWC 2021.

Samsung has the tradition of hosting Galaxy Unpacked events to announce its new devices. Not going by tradition, the company has new plans to go with at the Samsung Galaxy MWC Virtual Event that is scheduled to happen on June 28. The tech event will be held in Spain, which is going to be its global mobile exhibition to kickstart at 07:15 pm CET (10:45 pm IST). The Mobile World Congress event will be hosted online and live-streamed through the company’s YouTube channel and the Samsung Newsroom site.

The announcement on the company’s official website reads, “Samsung Electronics will hold the ‘Samsung Galaxy Virtual Event’ at the Mobile World Congress (MWC), a global mobile exhibition that opens on the 28th (local time in Spain).” The company further added, “This online event can be viewed live on the Samsung Electronics Newsroom and Samsung YouTube channel from 3:15 a.m. on the 29th of Korea time.”

The information is very scarce but the teaser hints at announcing a foldable phone, tablet and a new smartwatch. While making the announcement the company said, “Samsung Electronics introduces the ever-expanding Galaxy device ecosystem. It also presents a vision for the future of smartwatches that will provide new experiences for users and new opportunities for developers. It also plans to present the latest technologies and innovation efforts of the company in relation to the growing importance of smart device security.”(translated to English).

Besides this Samsung Galaxy Z Fold 3, Galaxy Z Flip 3, Galaxy Watch 4, and Galaxy Watch Active 4 are the new upcoming devices that are tipped to launch at the company’s next Galaxy Unpacked event, which is likely to be held on August 3.

Komila Singhhttp://www.gadgetbridge.com
Komila is one of the most spirited tech writers at Gadget Bridge. Always up for a new challenge, she is an expert at dissecting technology and getting to its core. She loves to tinker with new mobile phones, tablets and headphones.
Facebook
Twitter
WhatsApp
Linkedin
ReddIt
Email
Previous articleHow to blur the background on Google Meet?
Next articleMi 11 Lite and Mi Watch Revolve Active goes official in India: Here is everything from specs to pricing