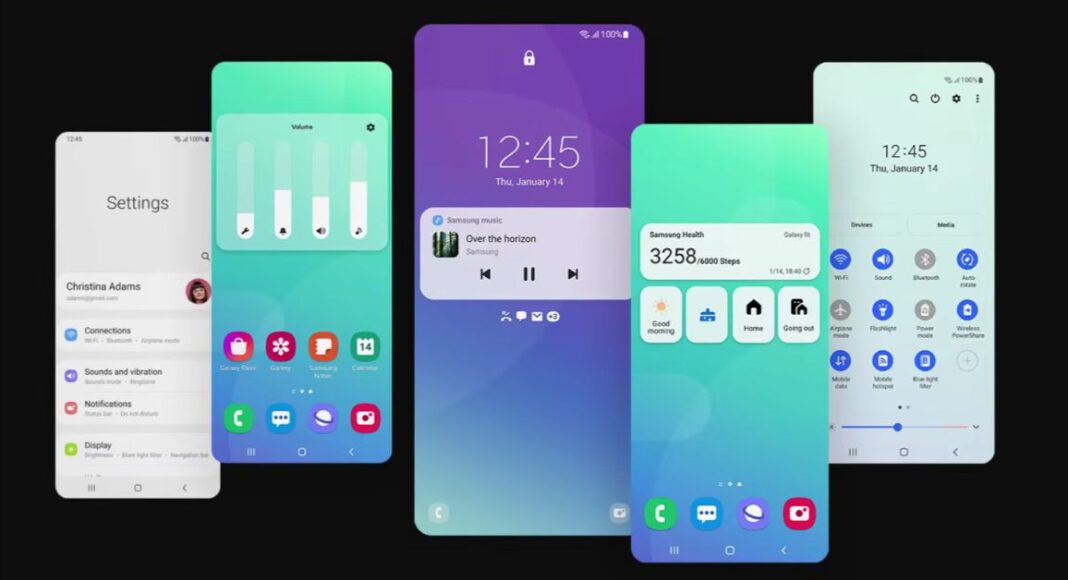 Samsung has officially announced the rollout of its One UI 3.1 update for its flagship devices. The latest OS update is coming to the Samsung Galaxy S20 series and Galaxy Note20 series, in addition to the Galaxy Z Fold2 and Galaxy Z Flip series. While the latest Galaxy S21 series has already made its debut earlier this year with the One UI 3.1 based on Android 11. The features that the update includes are new camera capabilities for capturing, editing photos and videos and smart new features.

With the rollout of One UI 3.1 based on Android 11, now all the Samsung Galaxy flagship devices including the mid-rangers get improved camera features to shoot stunning and professional-looking photos and videos. The update will bring an improved Single Take feature, which captures a variety of still and video formats simultaneously, with just a tap and captures images and video up to 15 seconds.

Other features to include are the new object eraser tool, improved touch autofocus and auto-exposure, and multi-mic recording.

The object eraser tool is basically an intelligent photo editing tool to cut out unwanted parts of your photos effortlessly, without time-consuming manual editing. If you want to edit out distracting objects, simply tap the area you wish to remove and it will be automatically selected and deleted.

Whereas the improved touch autofocus and auto exposure controller will make adjusting the focus and brightness of your photos easier. All you need to do is swipe left or right anywhere on the screen, you can now edit the brightness of your image before you’ve taken the shot.

The new Multi Mic Recording feature is available only in Galaxy S20 series, S20 FE, Note20 series, Z Fold2, Z Flip 5G. The feature is available on Galaxy smartphones or tablets with One UI 3.1 or above, which can be turned on and off in the Bluetooth setting. When in Pro Video mode this functionality allows you to simultaneously record audio through both your phone and a connected Bluetooth device such as Galaxy Buds Pro, Buds Live and Buds+. So it will make vlogging or narrating a shot or want to record the sound of your voice and instrument separately. This feature will let you be creative and make videos that look and sound incredible.

With an updated Gallery your videos and photos are now grouped and arranged properly.

Furthermore, the One UI 3.1 also brings a new Eye Comfort Shield mode which auto night and you can set your device to automatically adjust your screen’s colors throughout the day or personalize the schedule yourself. Eye Comfort Shield is ‘off’ by default, and must be turned on in Settings.

All the above-mentioned devices will get improved privacy with the Private Share feature. This functionality will make it easier to control what you share by controlling who is allowed access to the content you send, and how long it is available and automatically adjusts the blue light based on the time of day. This will help you to fall asleep easier ate. The Private Share works between Galaxy smartphones with Android P or later. App download required to send/receive Private Share link.

The latest OS update for the Samsung devices will make switching between your phone and tablet hassle-free. Galaxy Buds Pro, Buds Live and Buds+ to also get an Auto Switch feature which will make sure that your audio follows you when you switch between Galaxy devices while you are watching videos on your phone or listening to your favorite song or podcast.

Komila Singhhttp://www.gadgetbridge.com
Komila is one of the most spirited tech writers at Gadget Bridge. Always up for a new challenge, she is an expert at dissecting technology and getting to its core. She loves to tinker with new mobile phones, tablets and headphones.
Facebook
Twitter
WhatsApp
Linkedin
ReddIt
Email
Previous articleFebruary 20 Flipkart Daily Trivia Quiz Answers: Answer to win exciting prizes
Next articleIndian Government launched Sandes, taking on WhatsApp: Here is what it offers and major differences