Samsung launched India’s first smartphone with 6000mAh battery today. The company launched the Samsung Galaxy M30s in the country. The device is the predecessor of the Galaxy M30 smartphone that was launched by the company a few months ago. The smartphone will be available on e-commerce website Amazon. The key specs include Super AMOLED display along with triple rear cameras with 48MP main sensor and Exynos 9611 SoC processor. Apart from that the company also launched Samsung Galaxy M10s with dual rear cameras and 4000mAh battery 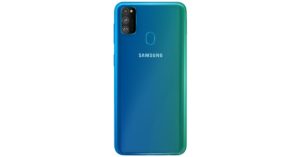 On the other hand, Samsung Galaxy M10s comes with 3GB of RAM and 32GB of internal storage at Rs 8,999. The budget smartphone will be available in two colour options- Stone Blue and Piano Black. Both the smartphones will be available for purchase via Samsung Online store as well as Amazon from September 29.

Samsung Galaxy M30s features a 6.4-inch Super AMOLED Infinity-U Display with a waterdrop notch. The device runs on ­­Samsung’s One UI, based on Android 9.0 Pie and is powered by an Exynos 9611 SoC processor paired with 6GB of RAM along with 128GB of internal storage that can be expanded via microSD card up to 512GB. The phones comes with a massive 6000mAh battery with 15W fast charging support. The smartphone comes with Widevine L1 certification for playing HD content on Netflix, Amazon Prime Video, Hotstar among others.

In terms of cameras, the Galaxy M30s has a triple rear camera set up consisting of a 48-megapixel primary camera with an f/2.0 aperture, along with a 5-megapixel depth sensor with an f/2.2 aperture, and an 8-megapixel super-wide-angle lens with an f/2.2 lens. There’s also a dedicated Night Mode for low-light shots.M30s can also record 4K videos, Super Slo-Mo, Super Steady and Hyperlapse. For selfies and video calls the device houses a 16-megapixel camera on the front.

Samsung Galaxy M10s features a 6.4-inch Super AMOLED display. The device is by the Exynos 7884B SoC processor paired with 3GB of RAM along with 32GB of internal storage. The phone comes with a rear fingerprint scanner. It comes loaded with a 4000mAh battery along with 15W fast charger. 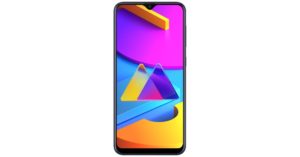 Galaxy M310s comes with a dual rear camera that includes a 13-megapixel primary sensor and a 5-megapixel ultra-wide sensor. While on the front it sports an 8-megapixel selfie camera.

Komila Singhhttp://www.gadgetbridge.com
Komila is one of the most spirited tech writers at Gadget Bridge. Always up for a new challenge, she is an expert at dissecting technology and getting to its core. She loves to tinker with new mobile phones, tablets and headphones.
Facebook
Twitter
WhatsApp
Linkedin
ReddIt
Email
Previous article
OnePlus CEO shared the first images of OnePlus 7T, with triple rear cameras
Next article
Compare: Samsung Galaxy M30s, Galaxy M30 and Realme XT