HomeNewsSamsung Sero 'vertical' TV gets unveiled: Here's what you should know

Samsung Sero ‘vertical’ TV gets unveiled: Here’s what you should know 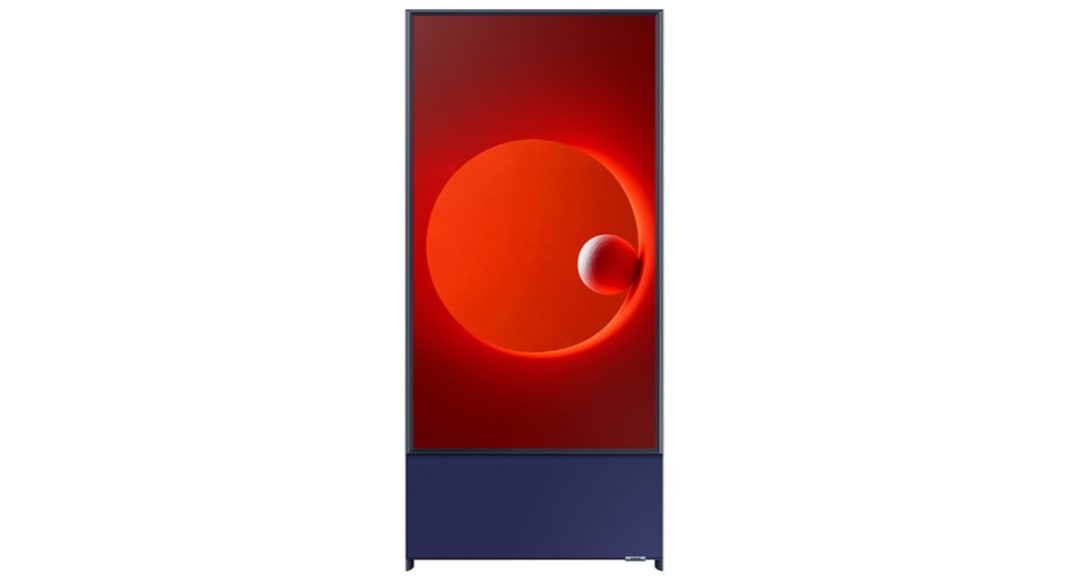 South Korean technology giant Samsung has today expanded its television range with the launch of its Sero TV. Samsung’s Sero is a 43-inch television that, according to the company, has been designed for millennials. Samsung has said that the newly-unveiled TV can pivot between horizontal and vertical orientations. If that sounds weird to you, read on, the company has a fair logic behind the unique design of the television.

According to Samsung, most content on smartphones is vertical, and the company has designed Sero in a way that it can pivot between horizontal and vertical orientations, in order to encourage users to project content from their phones to screens. The logic is a correct one, considering how most people are literally inseparable from their handsets. It would obviously be much better to project vertical content from smartphones to a vertical screen, than to a horizontal one.

The company has also added that the newly-launched television will function as a music streaming hub as well as a good looking piece of furniture. In order to make sure of this, the South Korean technology giant has added 4.1-channel, 60W speakers, a navy stand, and a rear design.

In addition to being used as a conventional TV or to watch content from smartphones, Samsung Sero TV can also work as a huge digital photo frame as well as a music visualizer. The newly-launched television also comes with Samsung’s digital assistant, Bixby. The company has said the Sero will cost 1.89m KRW in South Korea and will go on sale in May.

Samsung’s Sero TV will lie between being a concept device and a real product. The television was showed off in a pop-up store in Seoul today along with some existing Serif and Frame TV ranges. Samsung is adding the newly launched television to what it calls as its lifestyle TV lineup. While it has announced the price and launch date of the Sero TV, the company also calls it a concept.

However, it has also said that it will closely be monitoring the consumer feedback that it will be getting. But then, only time will tell if users like the idea of having a TV that can be used horizontally as well as vertically.

It may make sense for some, but we can guess that some may be sceptical about it too. What do you think of the new Sero TV? Would you like to buy it? Let us know in the comments below.

Avani Baggahttp://www.gadgetbridge.com
Avani has an immense love for reading, travelling and food, but not necessarily in the same order. Avani almost started pursuing law, but life had other (better) plans for her and she chose to be a writer instead (luckily!) She previously covered technology at Times Internet and wrote about smartphones, mobile apps and tech startups. When she’s not writing, you’ll be able to find her in book stores or catching up on her social life.
Facebook
Twitter
WhatsApp
Linkedin
ReddIt
Email
Previous articleOnePlus 7 with dual-rear camera spotted in a music video
Next articleSpotify beats Apple Music to reach 100 million paid subscribers globally